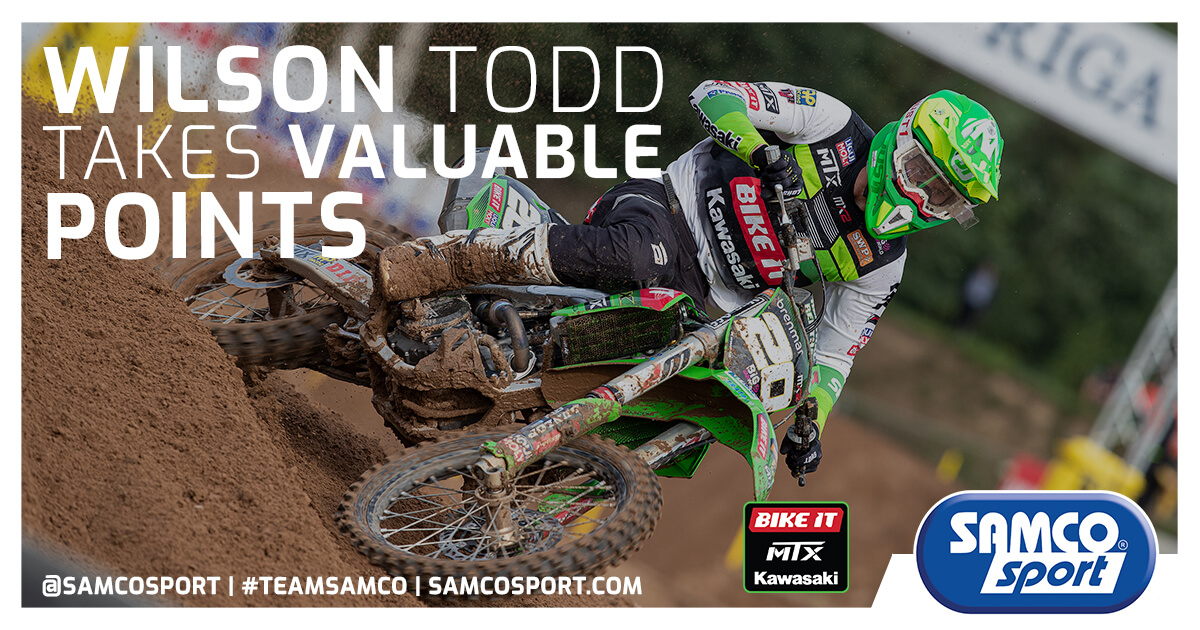 It was a solo outing for the young Australian, as Hammal continues to recover and the WMX series takes a small break before the next GP in Turkey. An unfortunate mistake in timed qualifying cost Todd a top 10 gate position, and ended up with 18th, a tricky spot on the Latvian circuit, with its 180 degrees first turn. A not so bad start in race one was soon followed by disaster, after sharply braking and accidentally stalling Todd had to come back from 10 seconds behind last. Eventually finishing in 19th, Wilson had experienced some bad dizziness during the race but pushed on nonetheless. Moving into race two, a not-so-good start meant the KX250 had its work cut out as Wilson came through the pack, having a good battle with Pole Setter Jed Beaton. He crossed the chequered flag in 12th, regaining some points after last weekend.

The team now has a short break before the doubleheader in Turkey at the start of September. 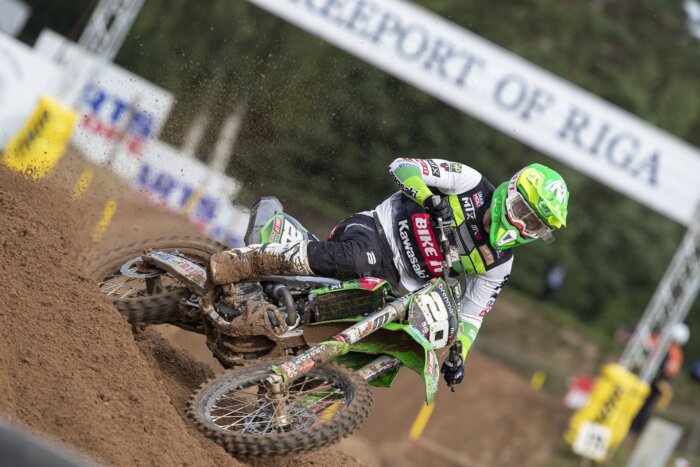 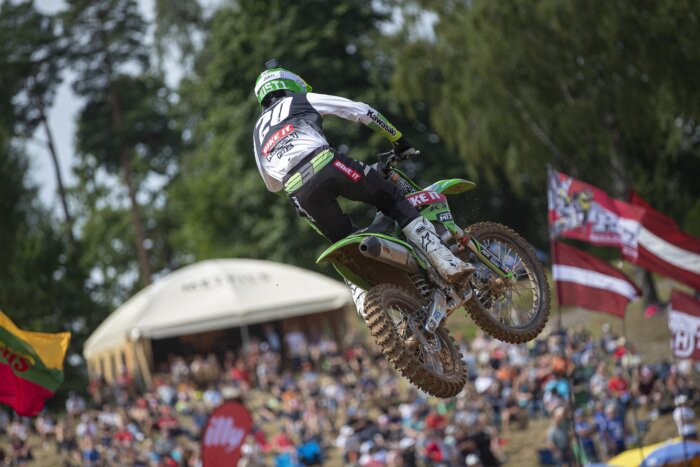 Steve Dixon – Manager
“18th gate pick wasn’t ideal, it’s a tight 180 turn here in Latvia. A small mistake in timed qualifying cost him a top 10 gate pick, but that’s how it goes sometimes. Race one looked okay as he came round the first corner just outside the top ten, unfortunately on the second corner Wilson locked up the brakes and accidentally stalled, leaving him about 10 seconds from the back. As he caught up his body language looked awful, not knowing if it was him or the bike we spoke after the race and found out that he had an issue causing some dizzyness. After a quick check-up with the doctors, going into race 2 was not such the best start so plenty of work to do, he had a good battle with pole setter Jed Beaton and eventually finished in 12th. I was pleased with his resilience in the first race. We now have a short break where we will work on development, working closely with Wilson and Courtney before the double header in Turkey. Every week that goes by Taylor is closer to being on the bike which is good.” 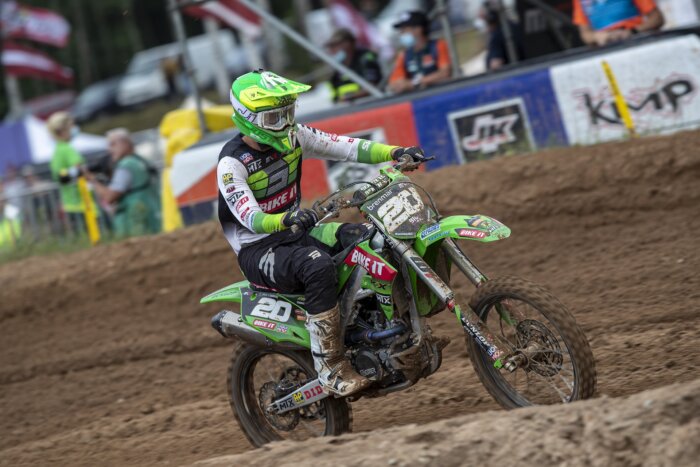 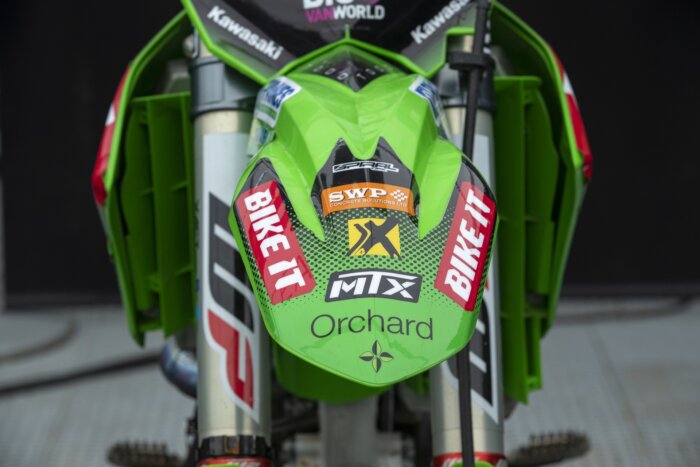 Wilson Todd
“ A really tough first moto at the weekend, I was suffering from a medical issue but didn’t want to pull off since I was still in the points, after coming through from last. I felt better in the second race, but I had a bad gate pick and it’s a tough first corner at Kegums, so had to move through the pack to 12th.” 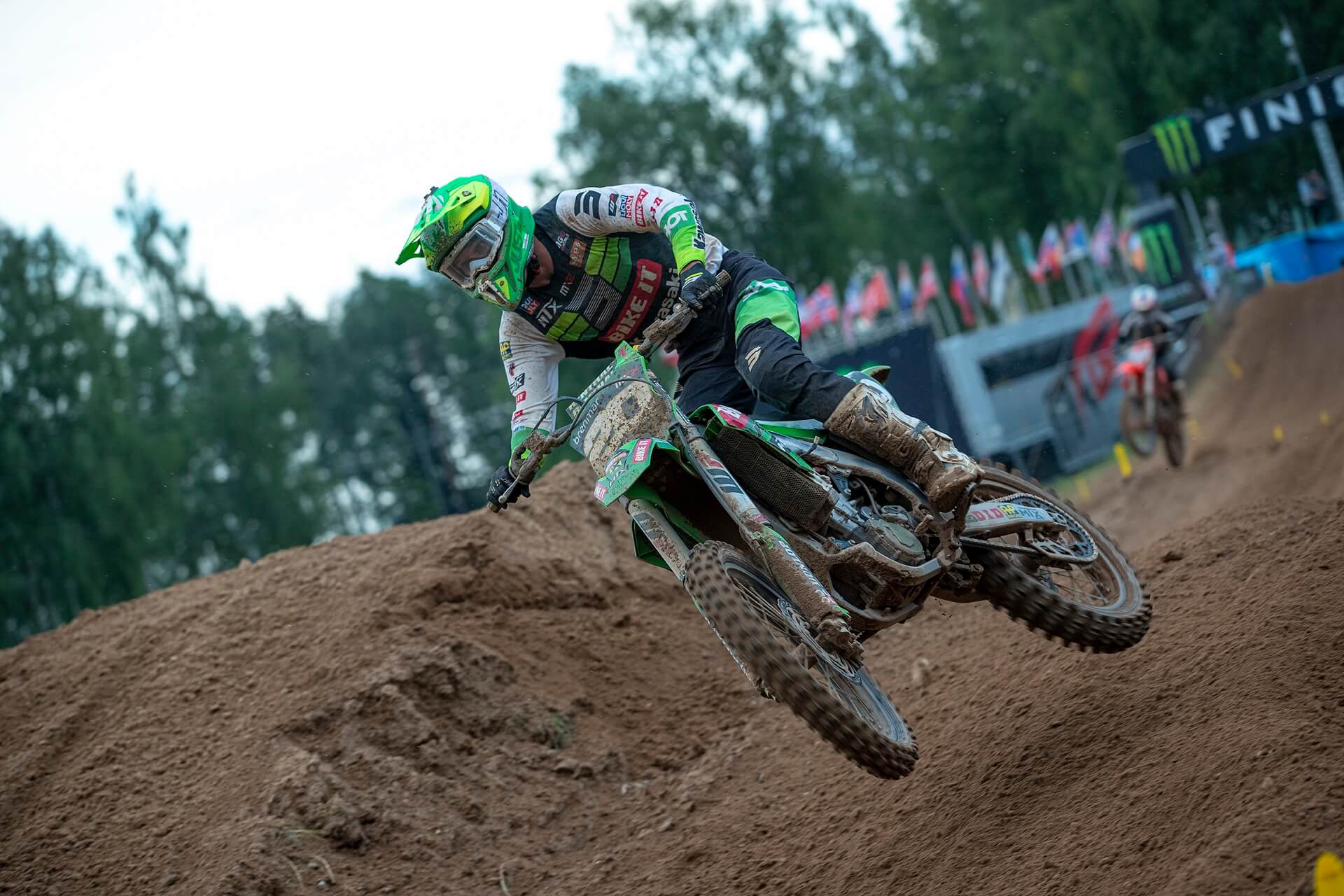 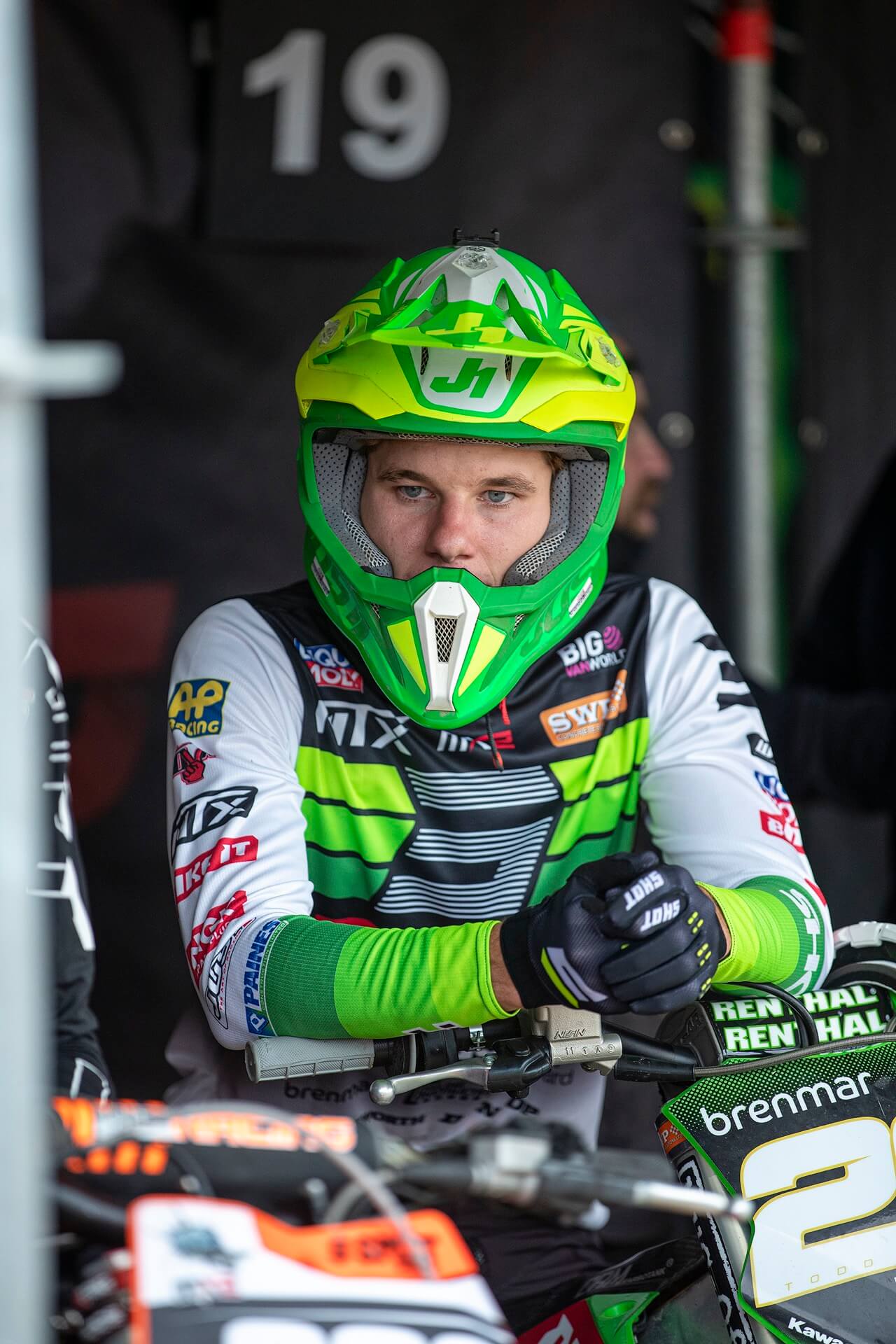 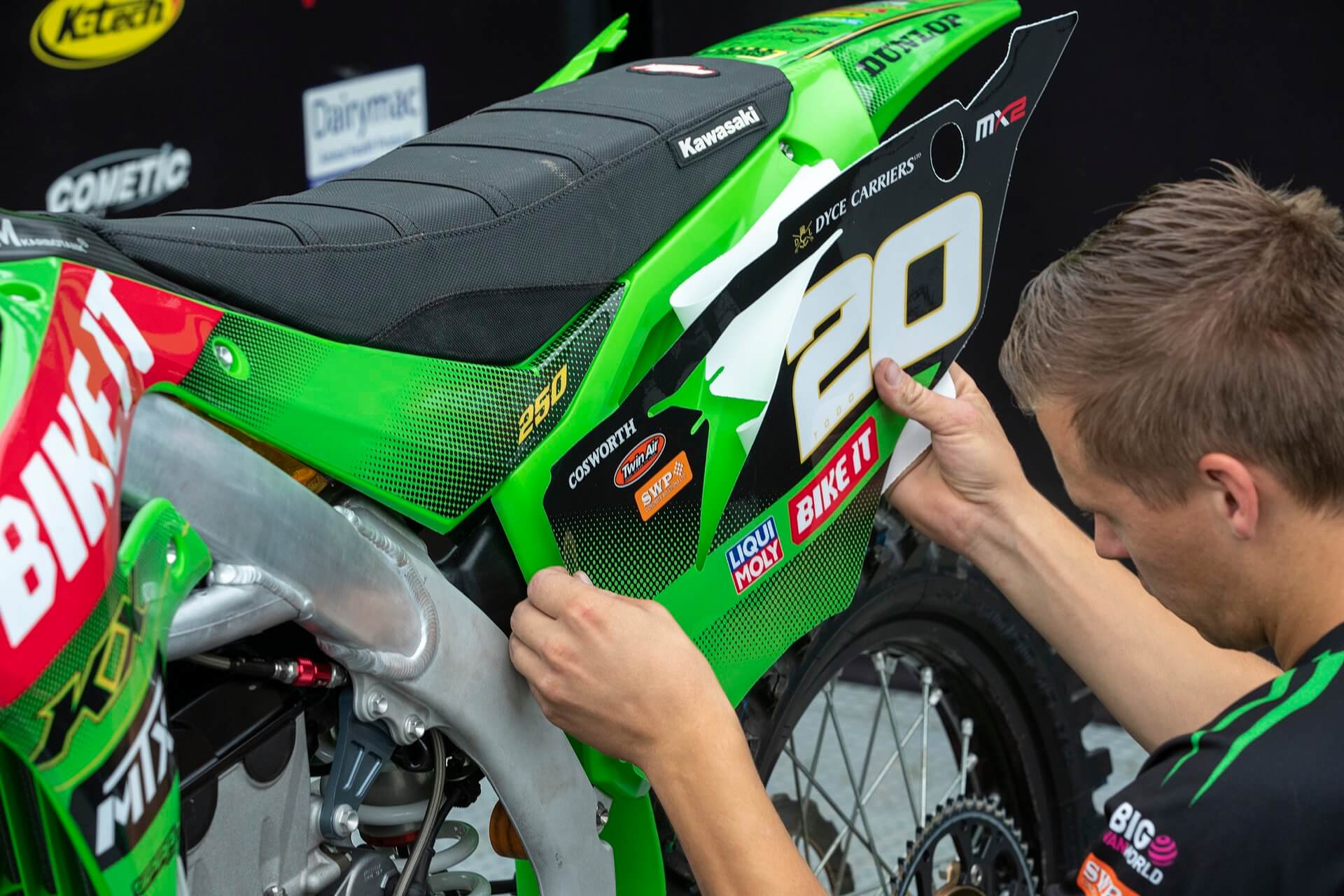 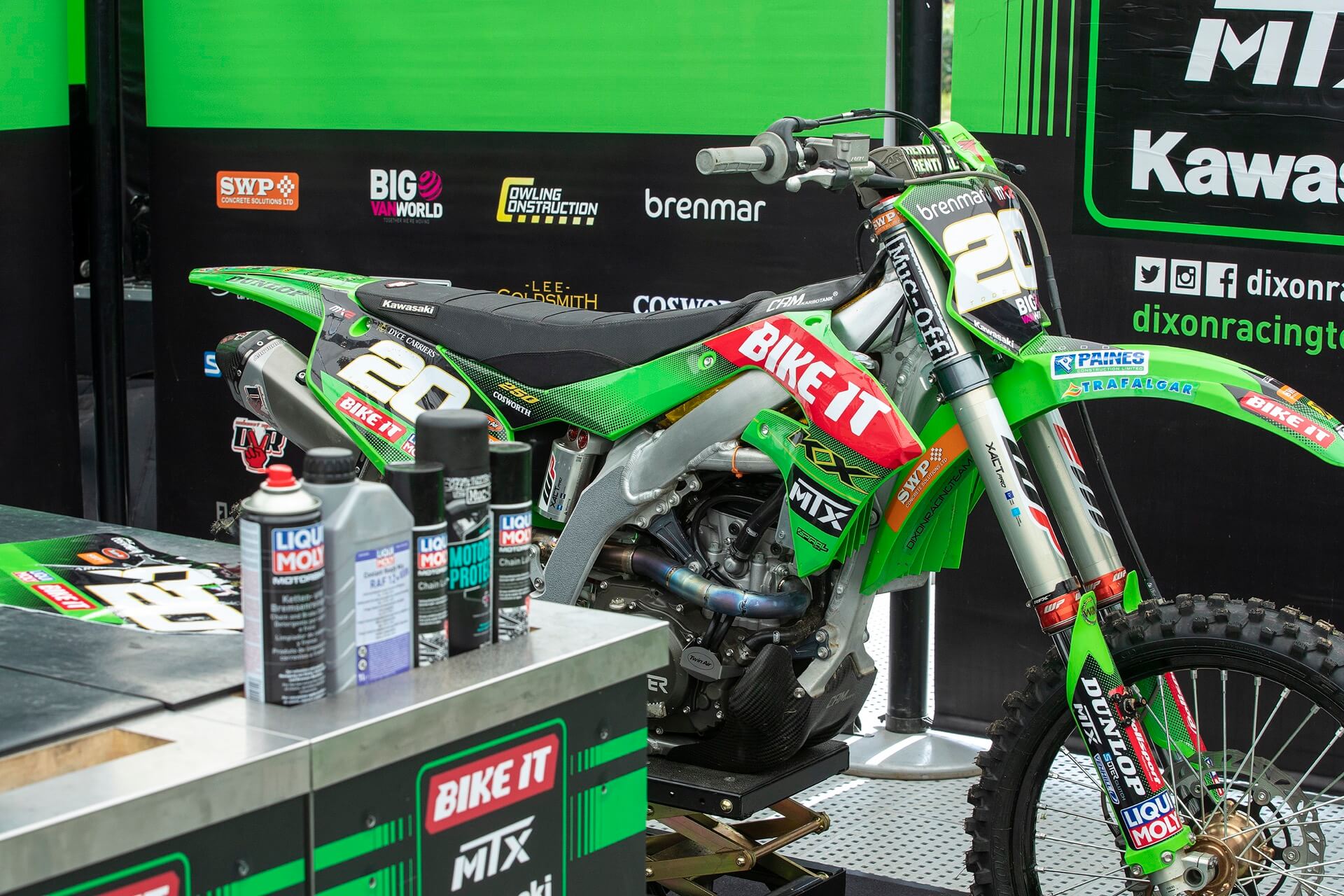 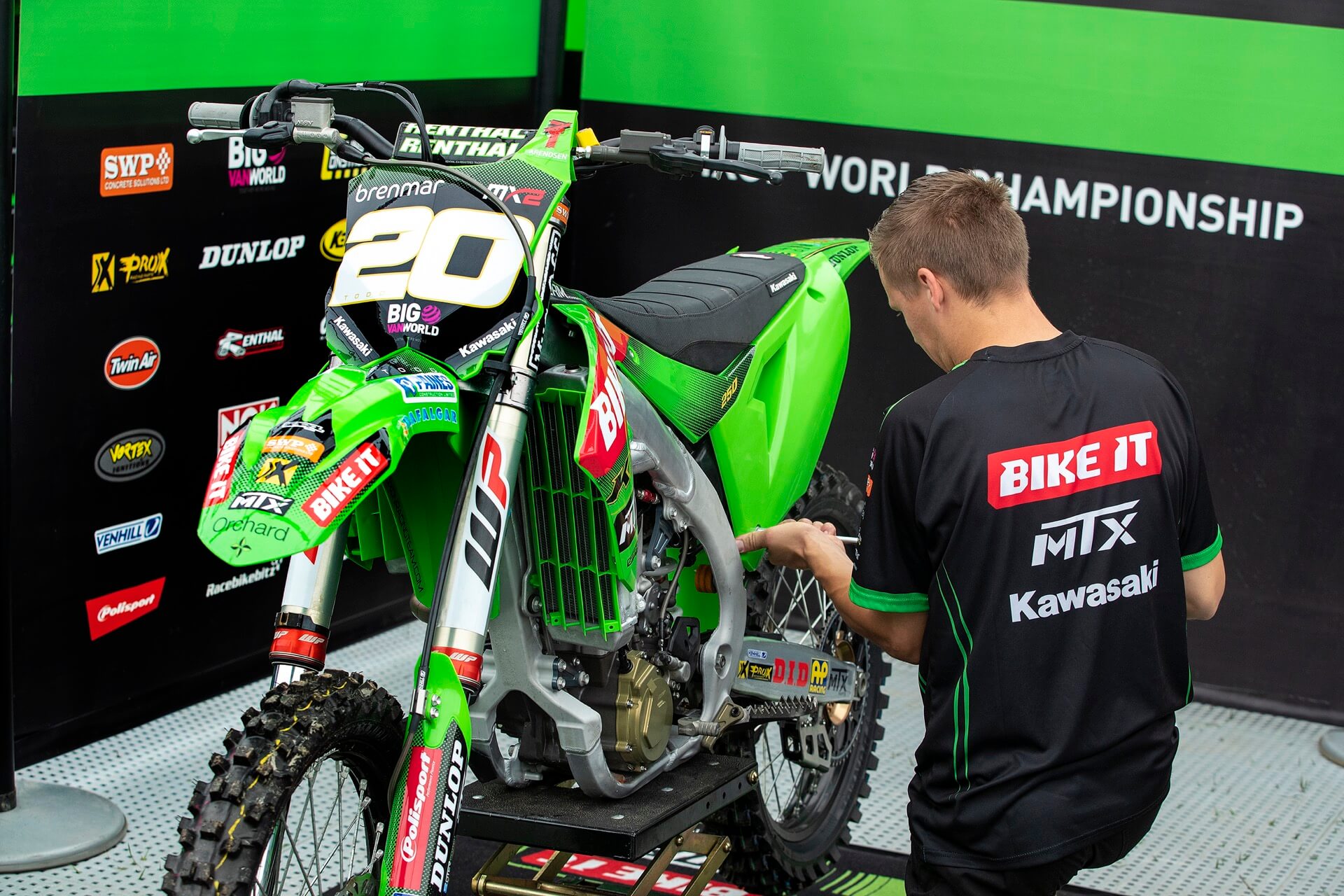 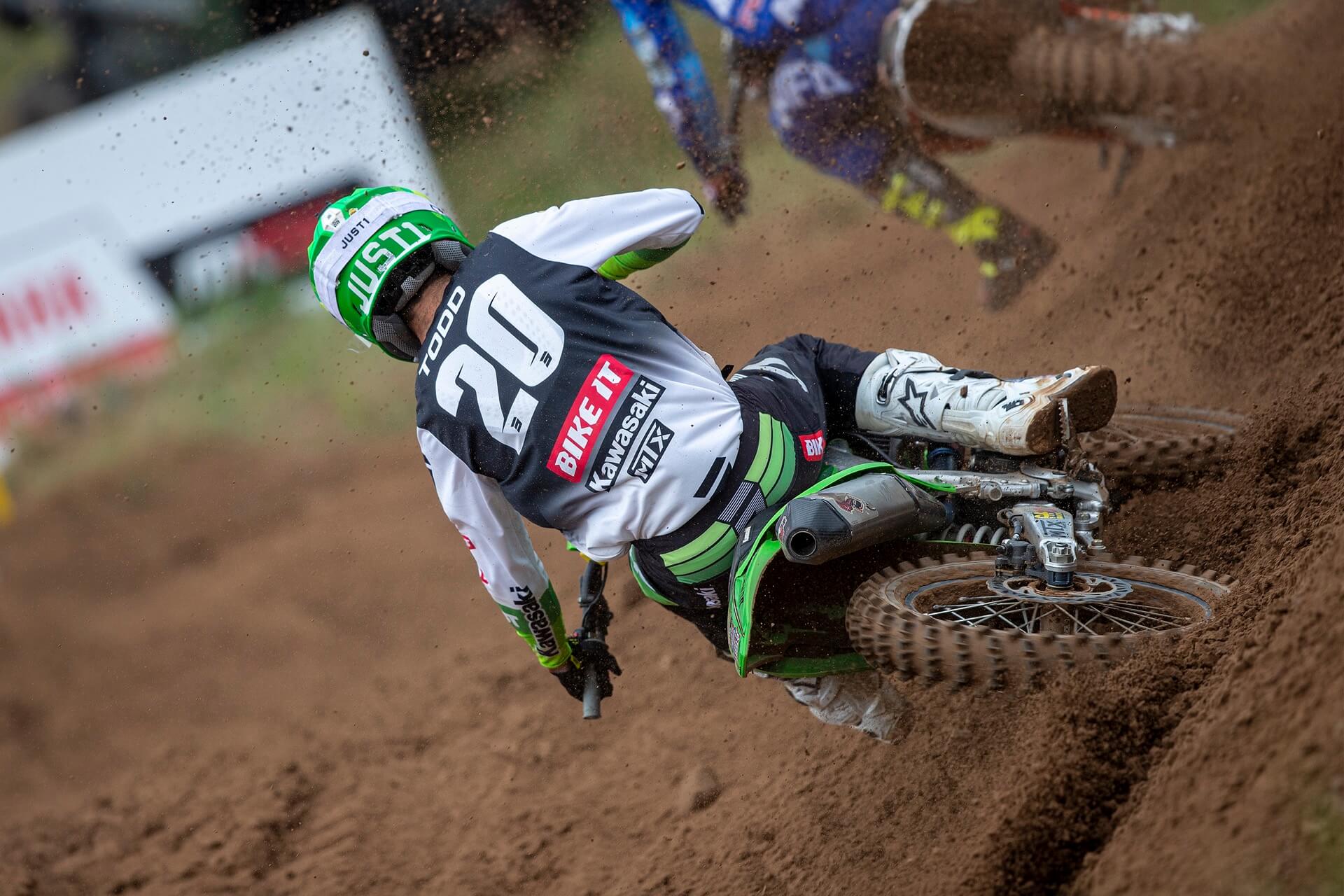 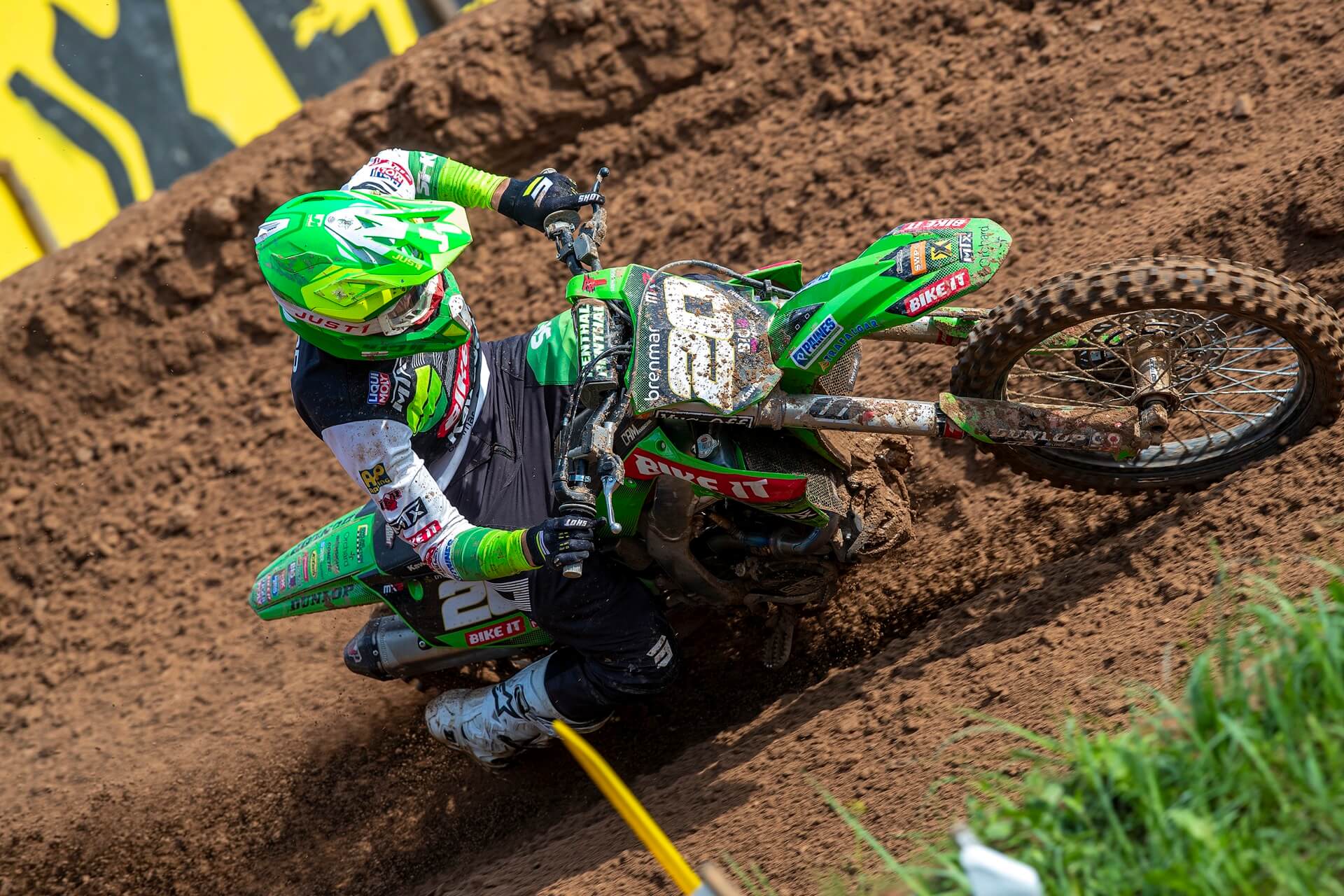 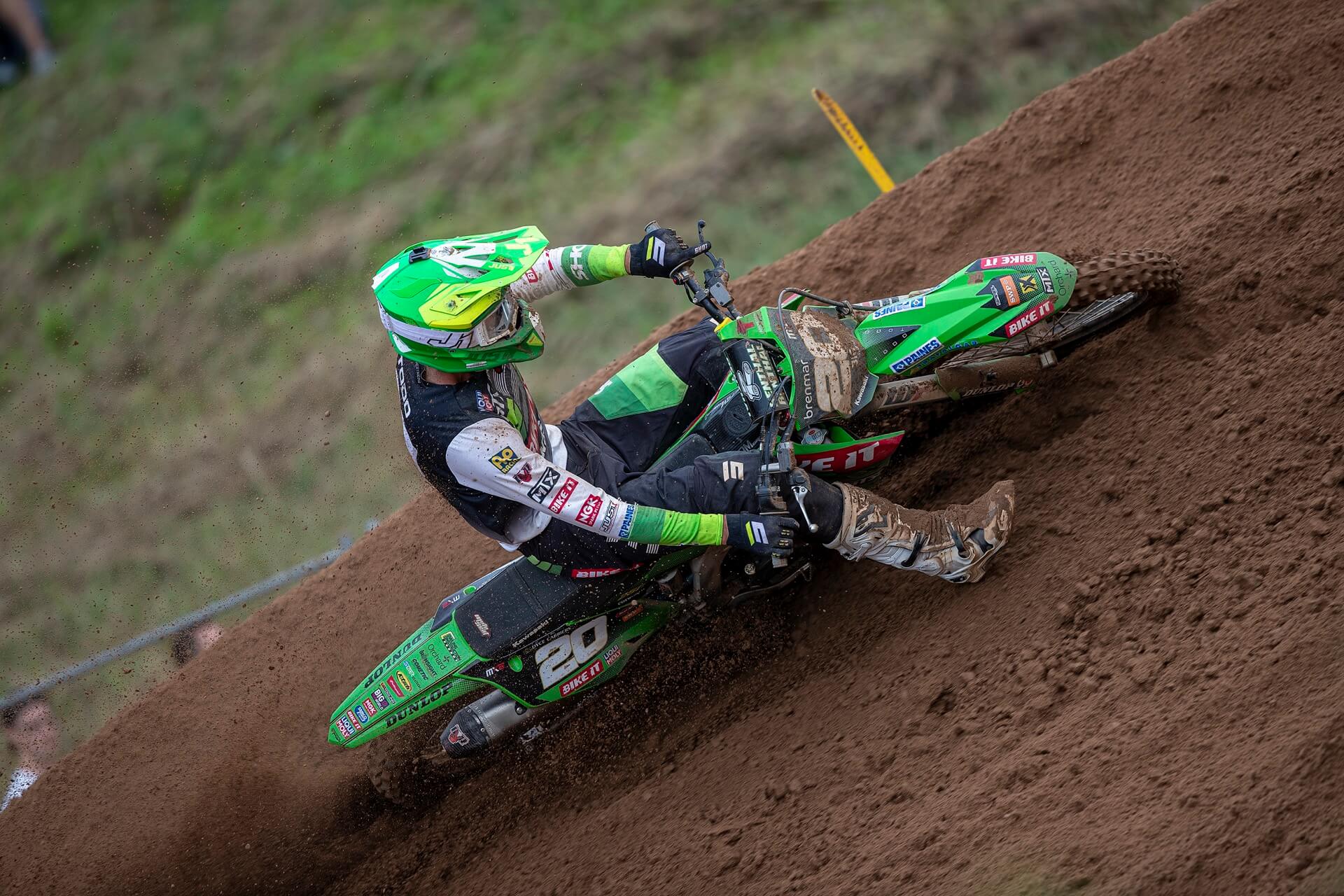 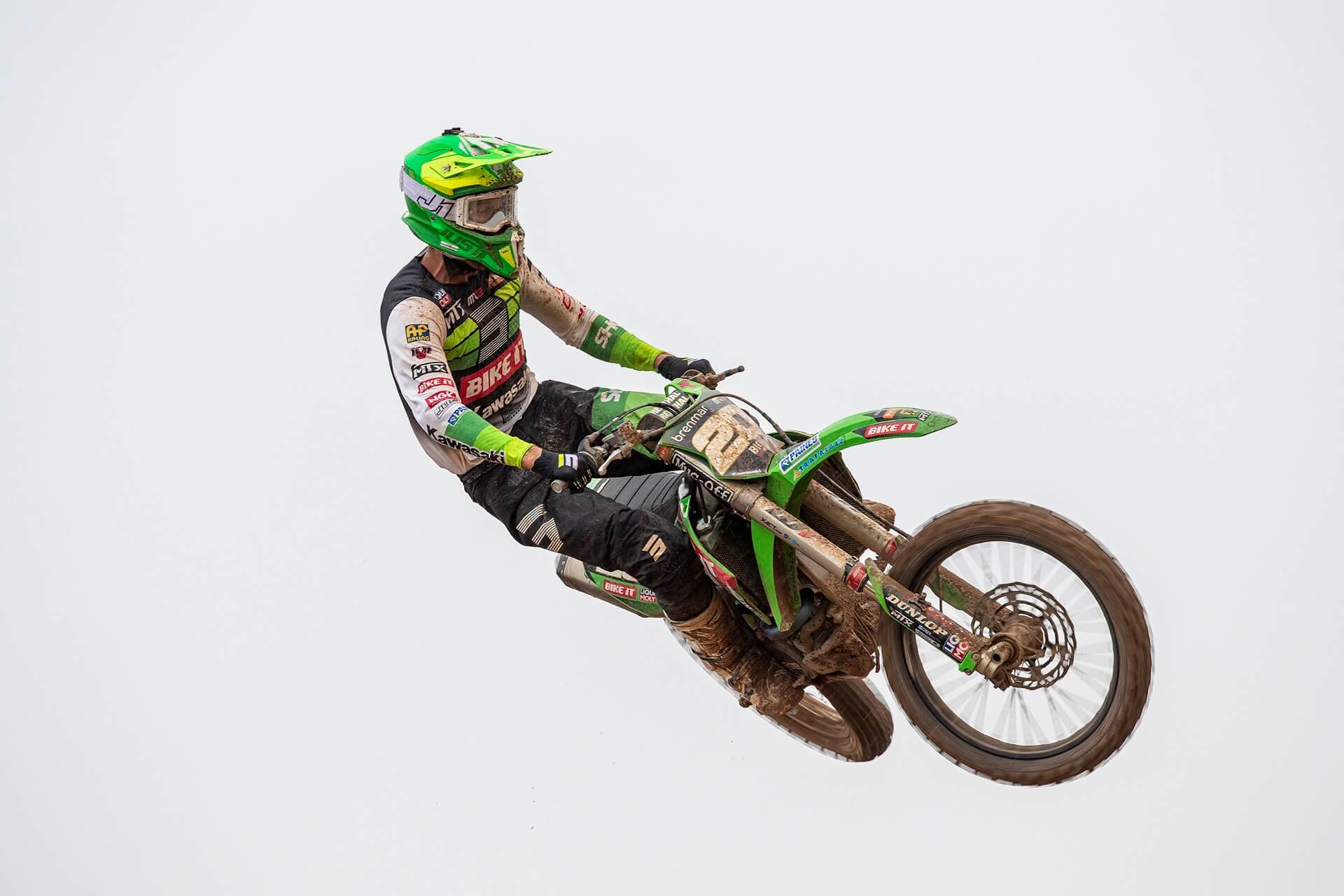