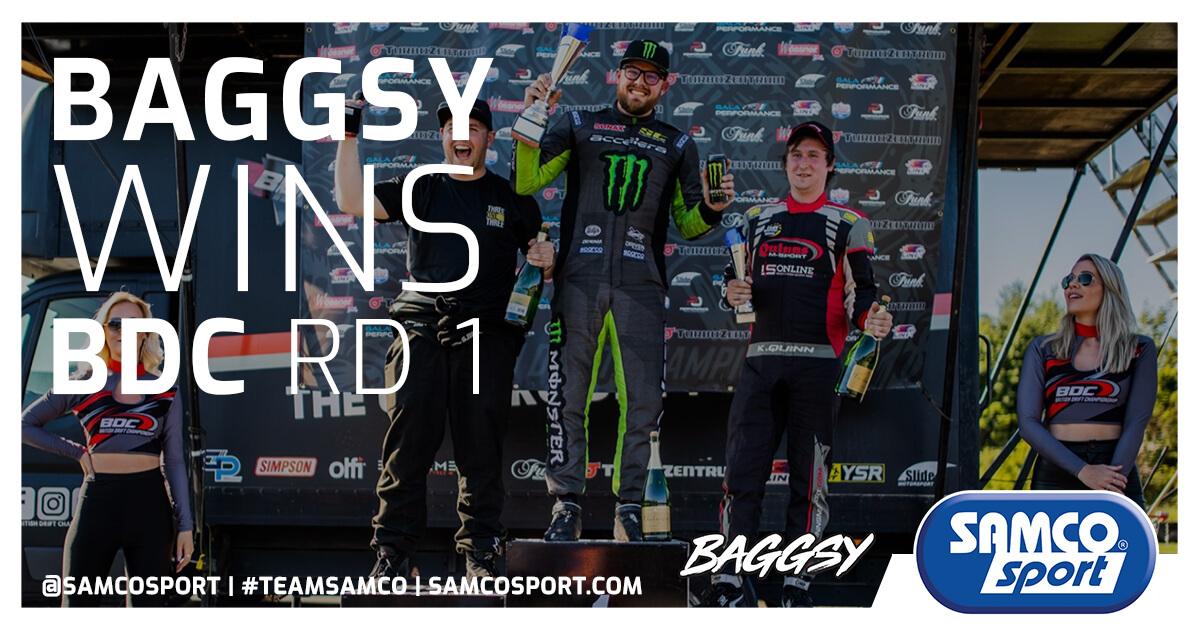 This past weekend marked the first British Drift Championshipevent of 2021. With the season being kicked off at Teesside Autodrome in Middlesbrough on the 29th & 30th May.

With over 40 drivers lined up to compete in the Pro class, Baggsy brought the #PS13V8 to party, fresh from its trip back from Oman.

This is the first time Baggsy has driven the car since it was shipped out, back in November 2020!

Sunday morning practice. Baggsy felt comfortable out on track, laying down both solid lead and chase runs, mixing it up with different drivers on the grid. 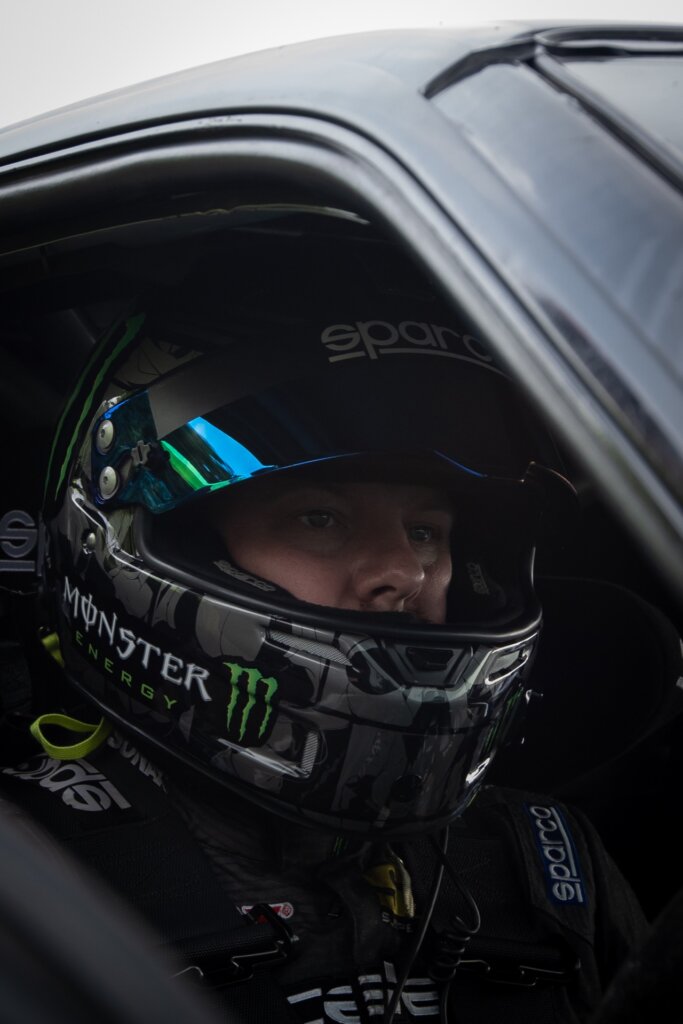 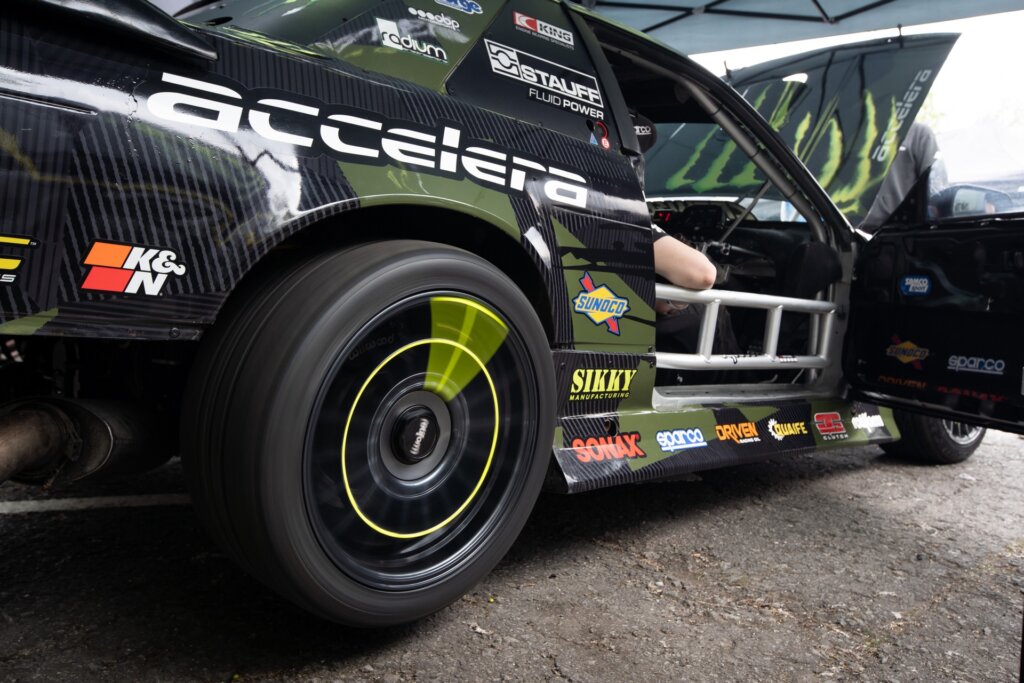 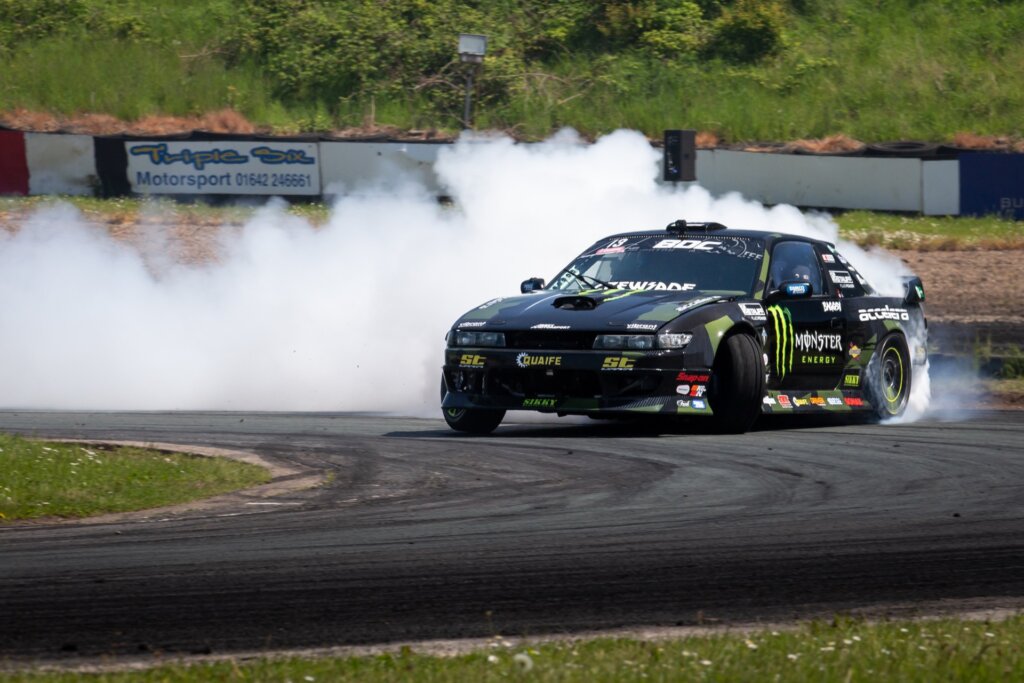 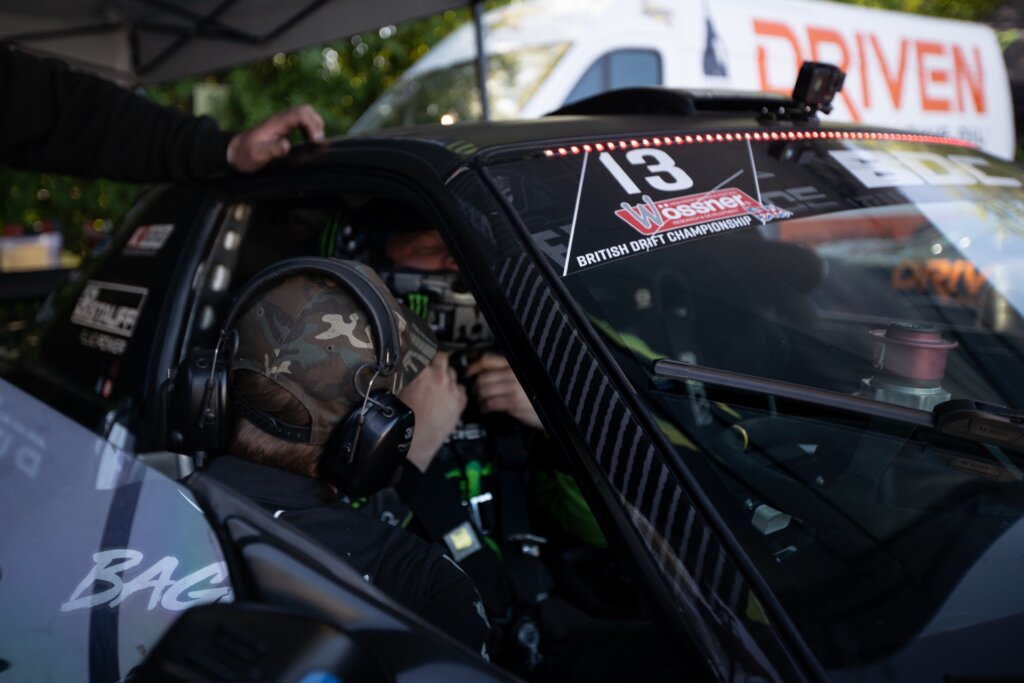 1:45, Qualifying time. Baggsy scoring an 82.33 on his first run,playing it safe to get a score on the board and placing him into 23rd position.

With the session coming to an end, Baggsy put everything he had into his last run. Running a near perfect qualifying line, scoring a 92.83 on his second run. Securing 6th place.

Battles up next & Baggsy going against Haydn Cruickshank in the Top 32.

Baggsy pulling away from Haydn in this lead run, handing the advantage into his chase. Baggsy sticking his PS to the door in the chase too, ultimately gave Baggsy the pass into the next bracket.

Shortly after Baggsy’s battle, all drivers brought their vehicles out for the Top 16 parade. With interviews from each driver, it gave the perfect opportunity for the fans to check out their favourite cars going into the main show. 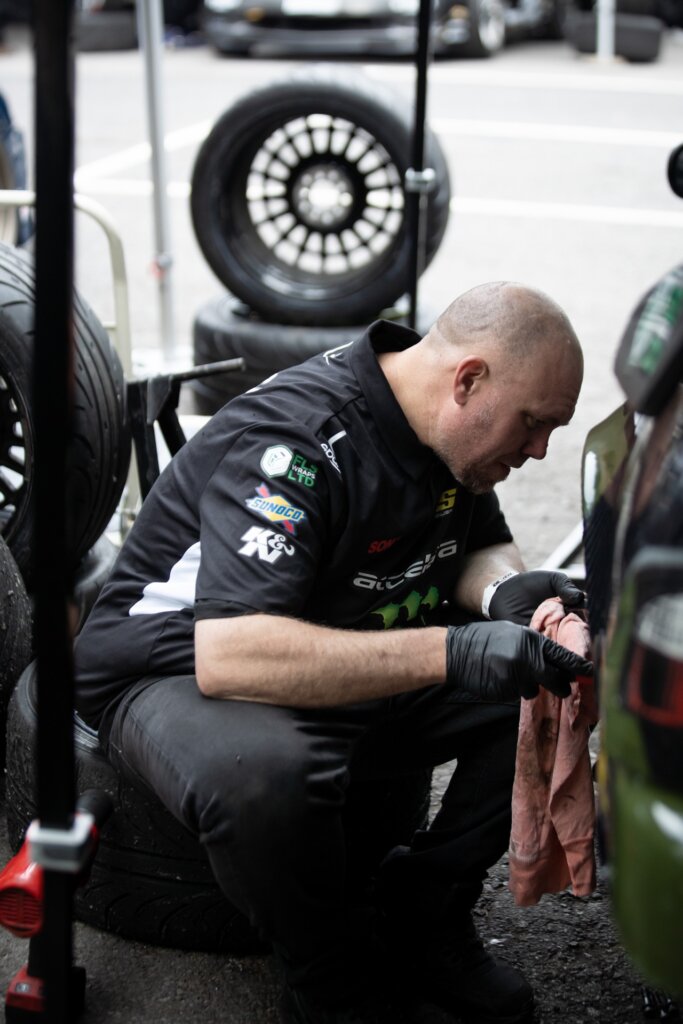 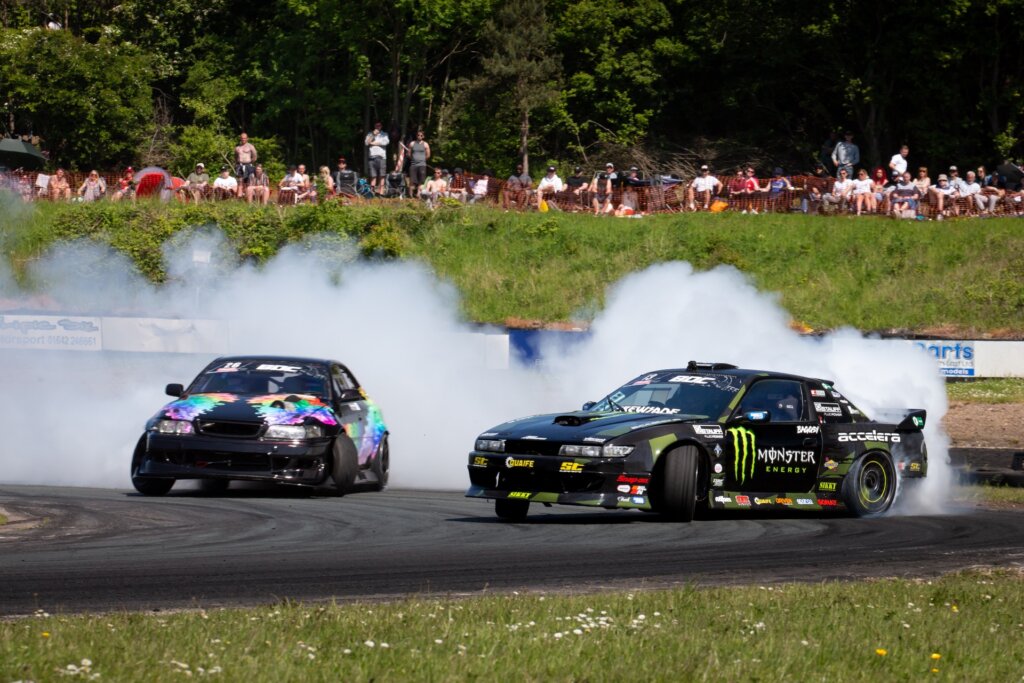 Baggsy to lead first, pulling away a few car lengths from Ross in the chase, giving him the advantage leading into the second run. Ross making a little mistake into clip 4 causing him to have too much angle in the car gave Baggsy the chance to stick to his door through the rest of the circuit.

Ending with Baggsy advancing into the Great 8.

Dan Tyler was Baggsy’s next victim. Dan putting a solid lead line in the first half of this battle, although that was no match for the sheer pace of Baggsy’s V8 PS13, which was glued to Dan’s door the whole lap.

Baggsy pulled away from Dan in his lead run which inevitably gave him the win onto the Final 4. 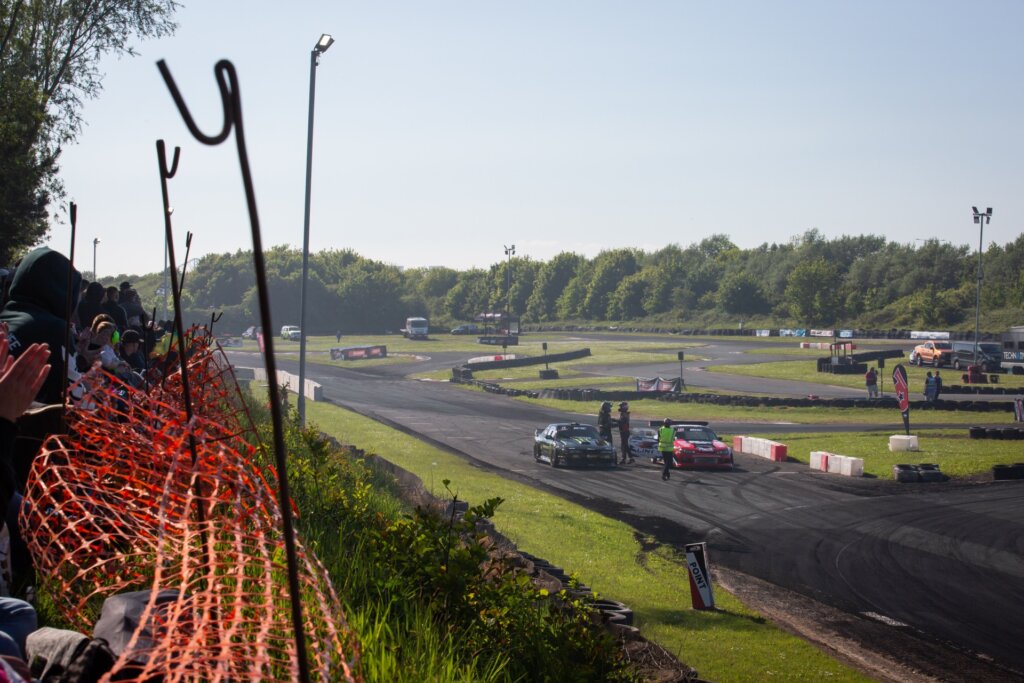 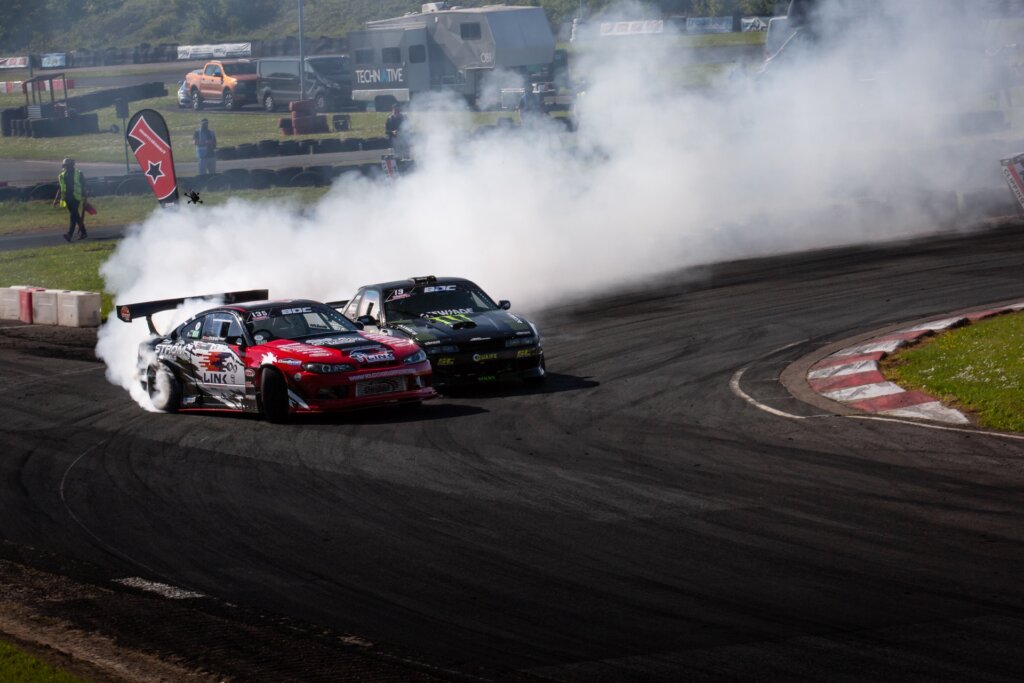 The rivalry carried over from UKDC, when they battled eachother in the Final 4 a month ago at Three Sisters Circuit.

Baggsy to lead first, laying down a very solid qualifying line. Kevin calling a 5 minute rule before the second half of the battle, and then him to lead.

Baggsy to chase the fast Nissan S15, pulling off a backwards entry into clip 4 and staying with Kevin for the rest of the run.

Baggsy advances to the Final! 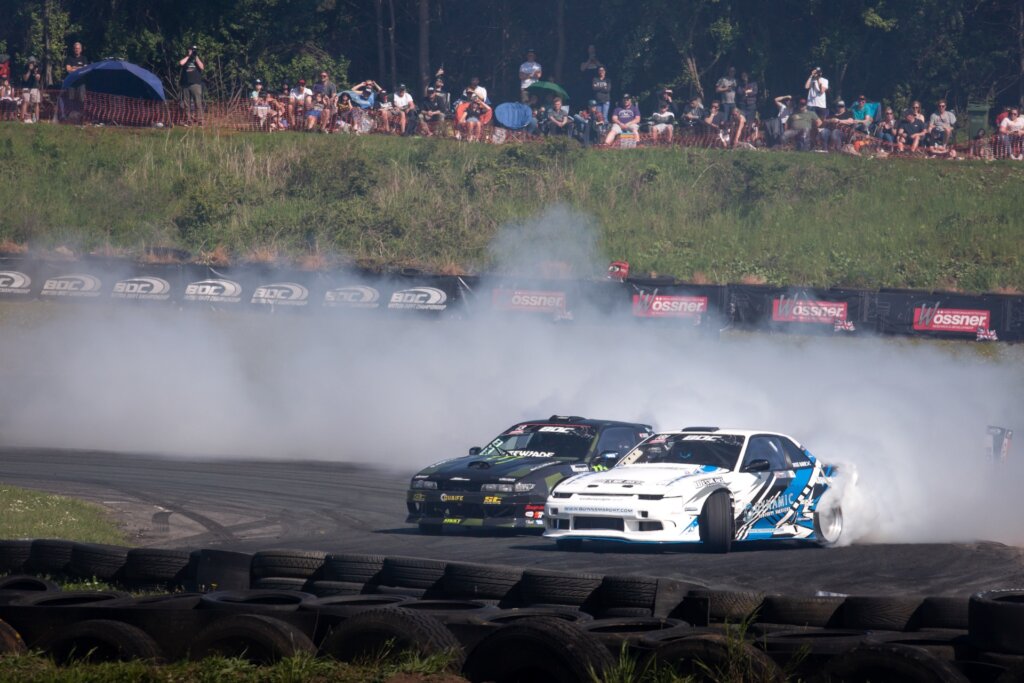 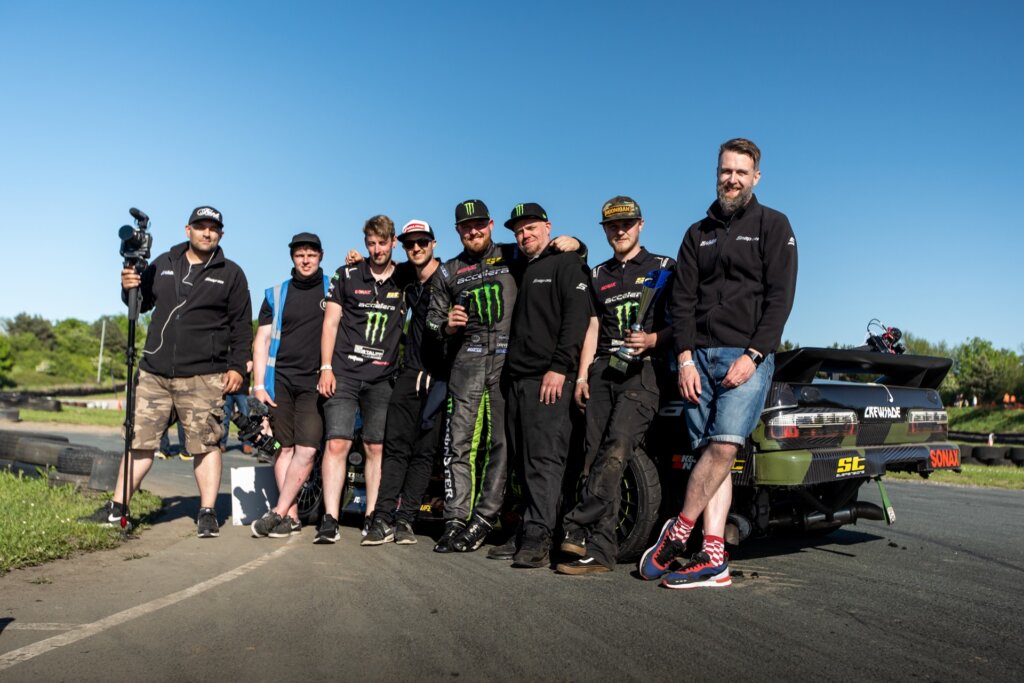 Baggsy to battle it out for the top spot against Steven McConnell. Off the line and Baggsy takes impact from McConnell into the first corner, which gave Baggsy a huge advantage going into the second half of this battle.

Baggsy to chase, leaving a gap between him and McConnell but reels him in after the first few clipping points. Coming out of the last corner McConnell shuts it down causing another collision, ending the run & securing the win for Baggsy.

Also bringing in a new face to the team this year, Sam has stepped up to be Baggsy’s spotter and team engineer, alongside Bob from Motorsport Fifty6 and only pushing for the best. 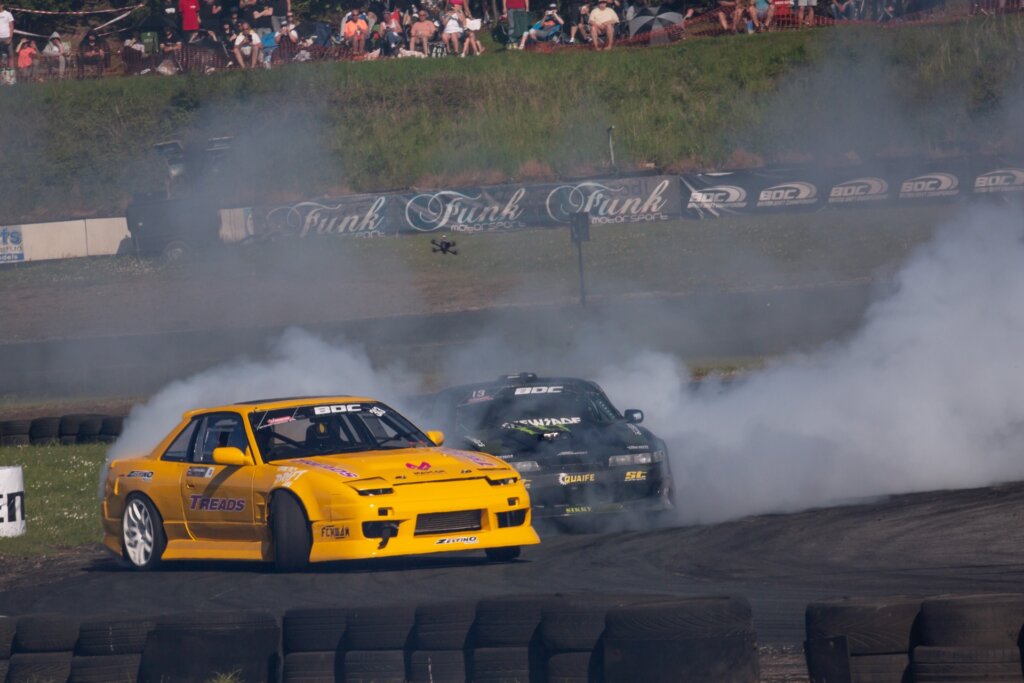 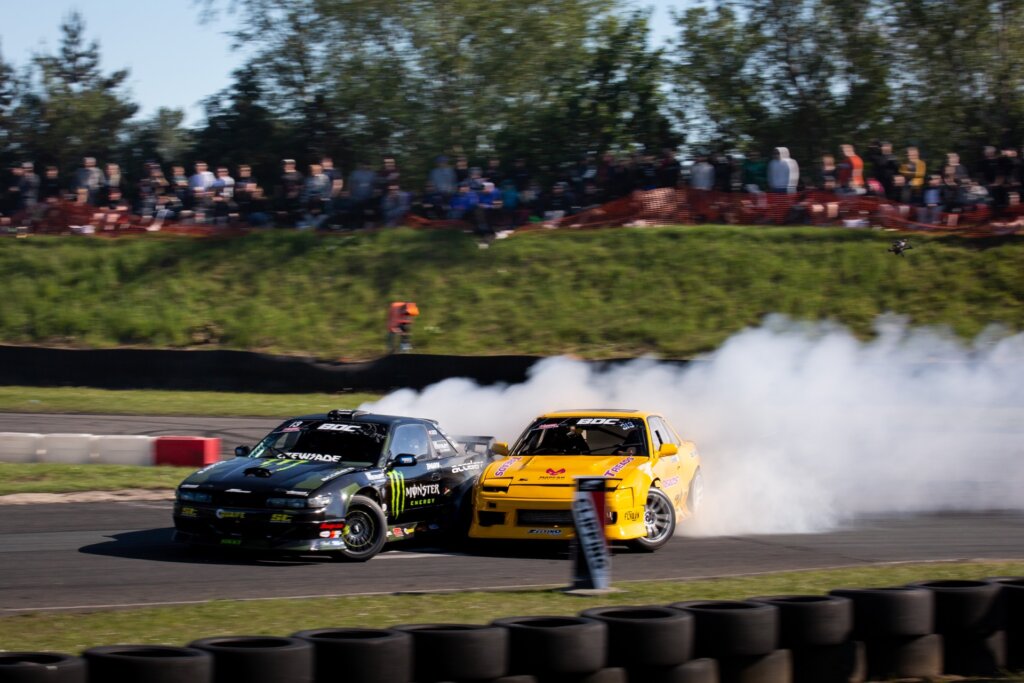 “Thank you to everyone who supported us this weekend here at Teesside for BDC R1, my team here & at home, our family and our sponsors”

“For the first time in a long time the car was perfect from start to finish! Just awesome to drive and that’s down to my amazing team, thank you!” 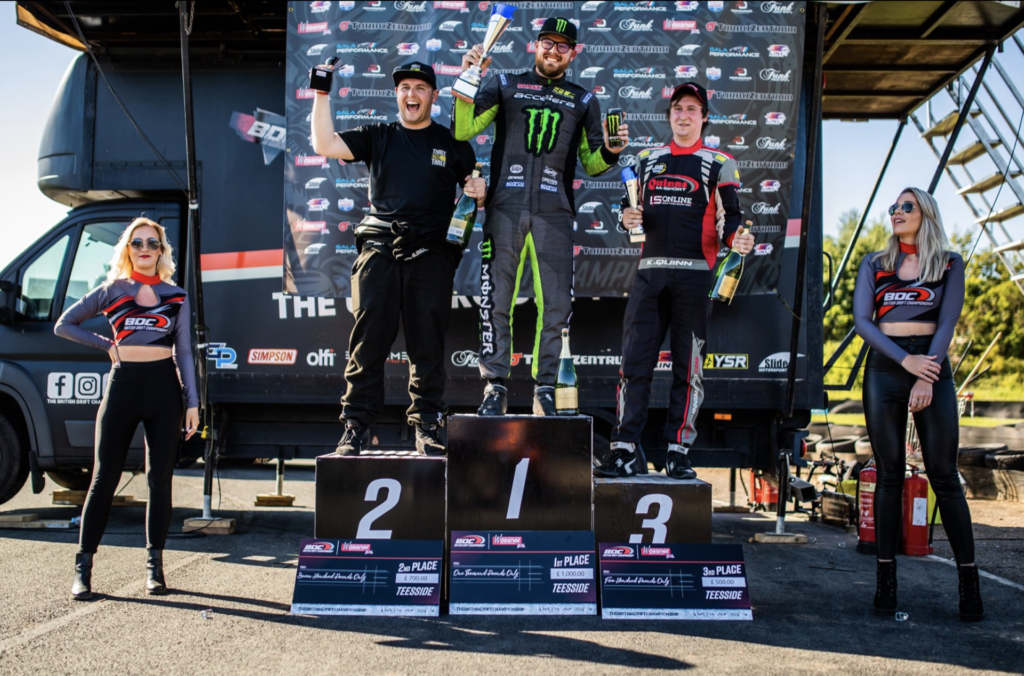 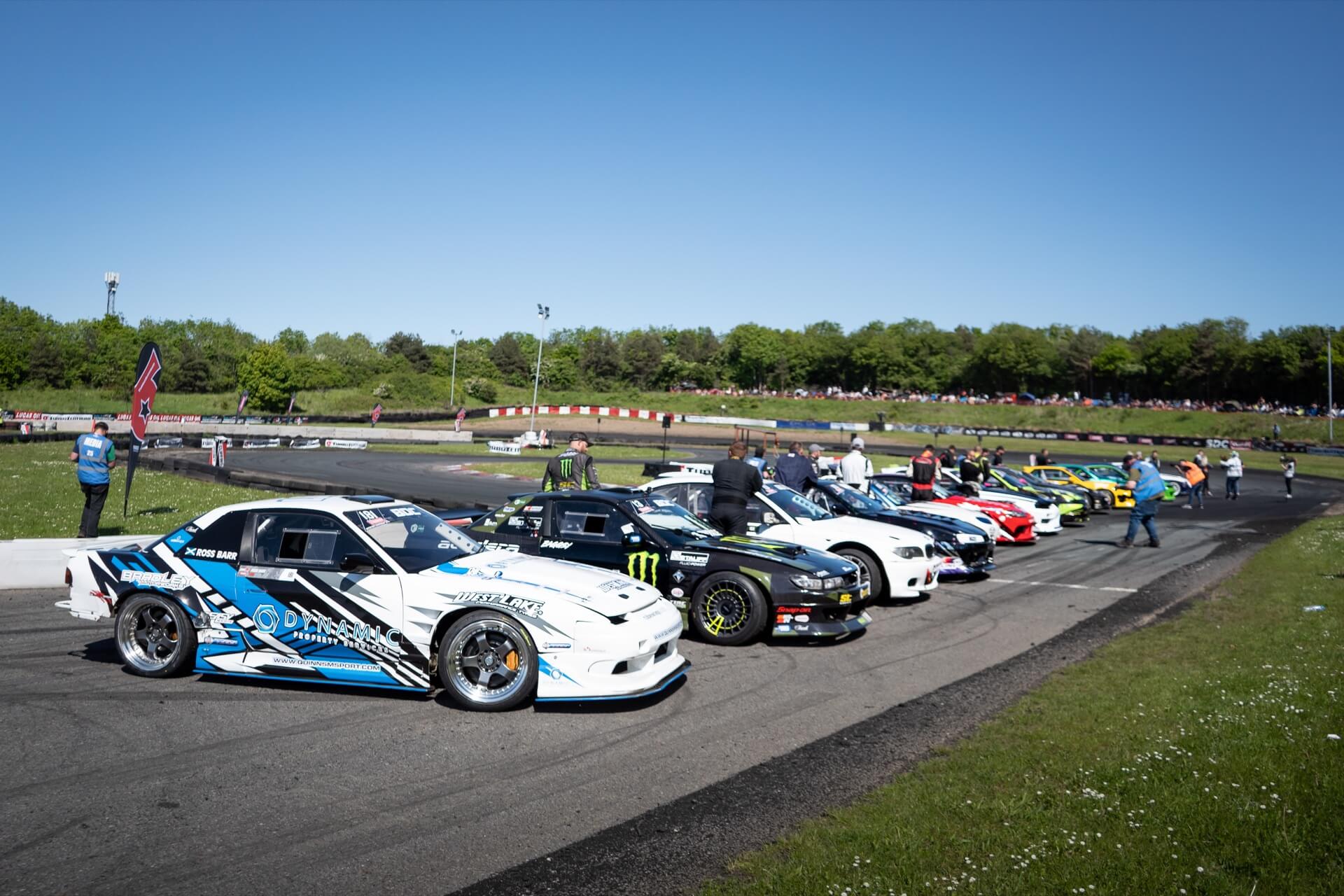 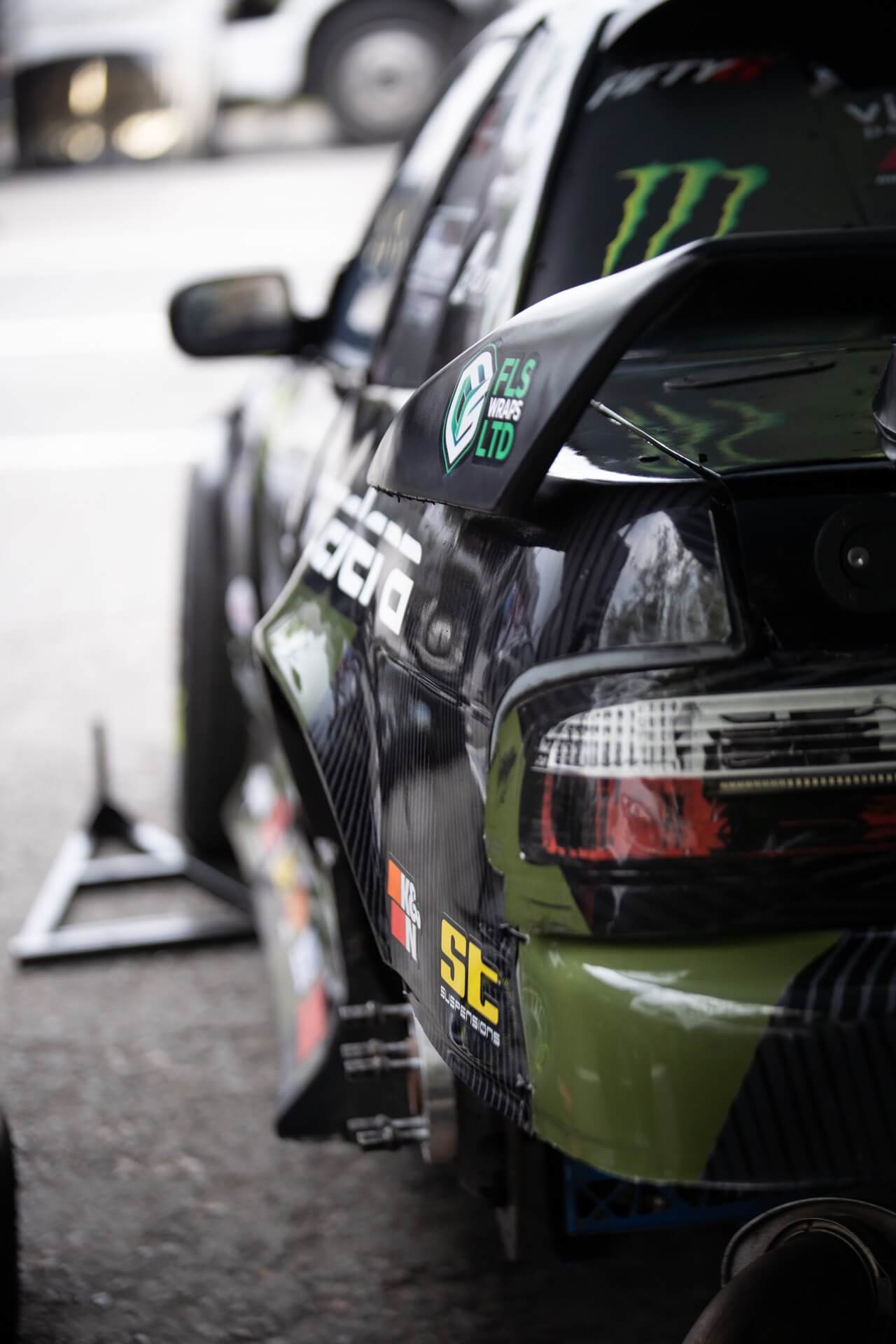 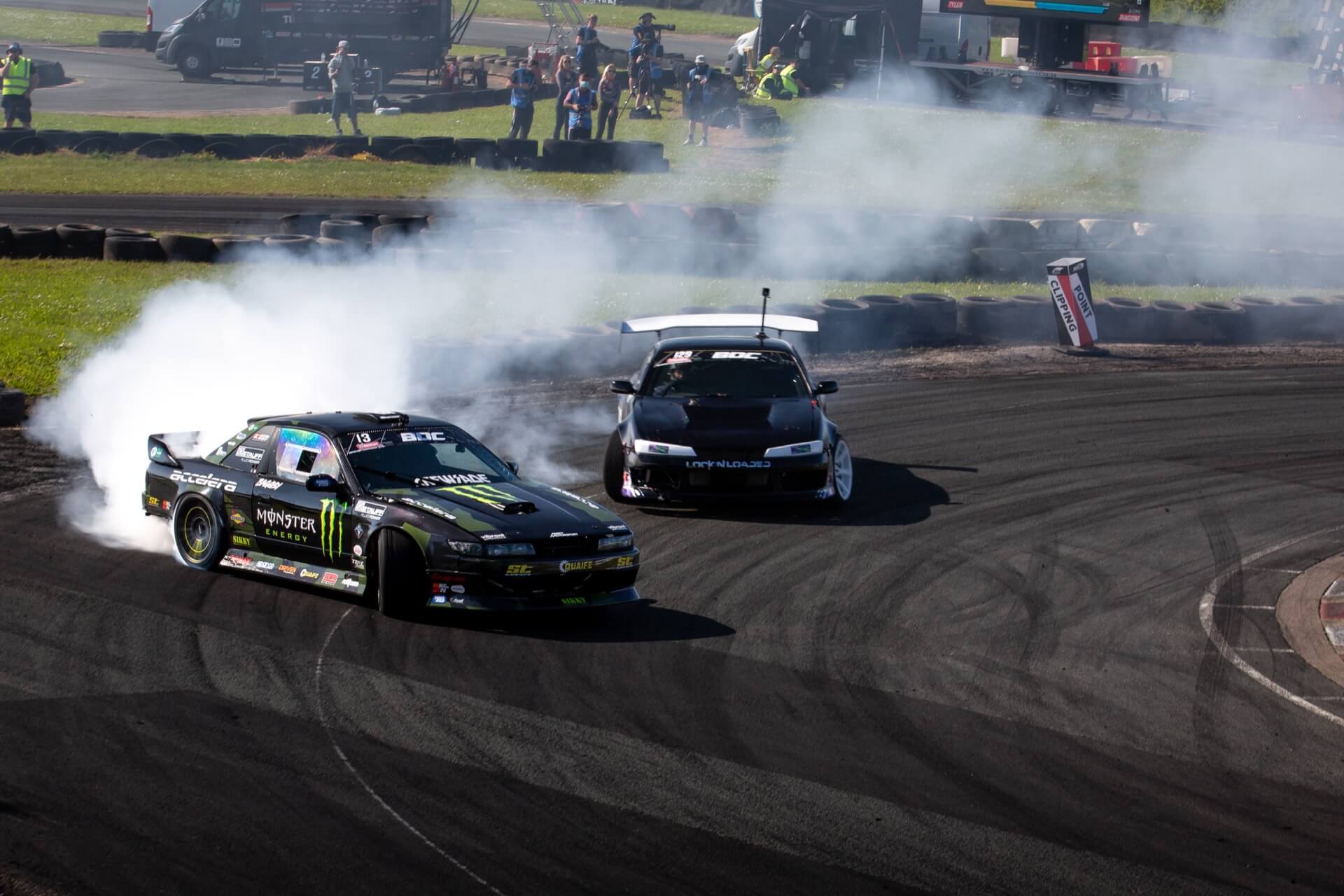 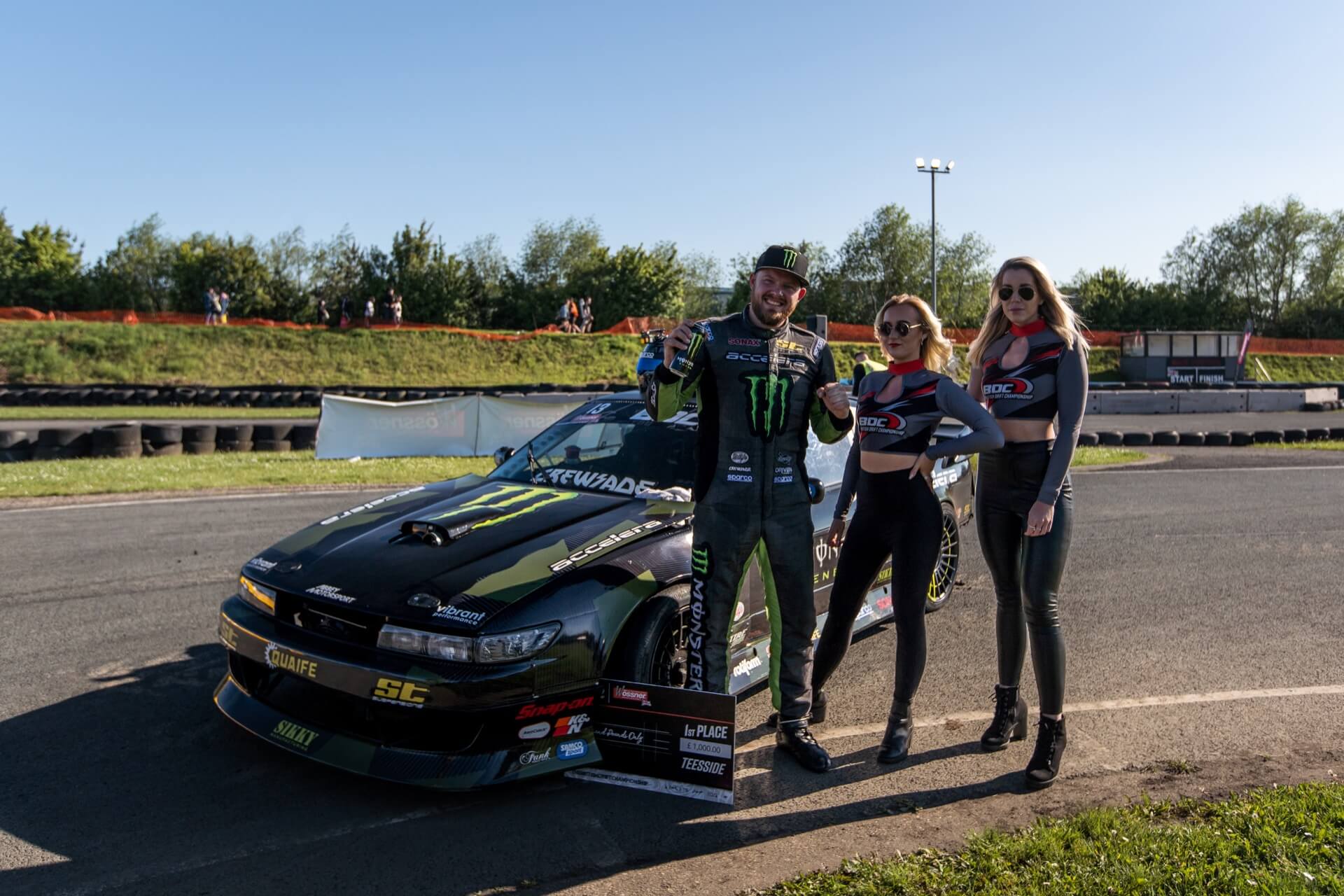 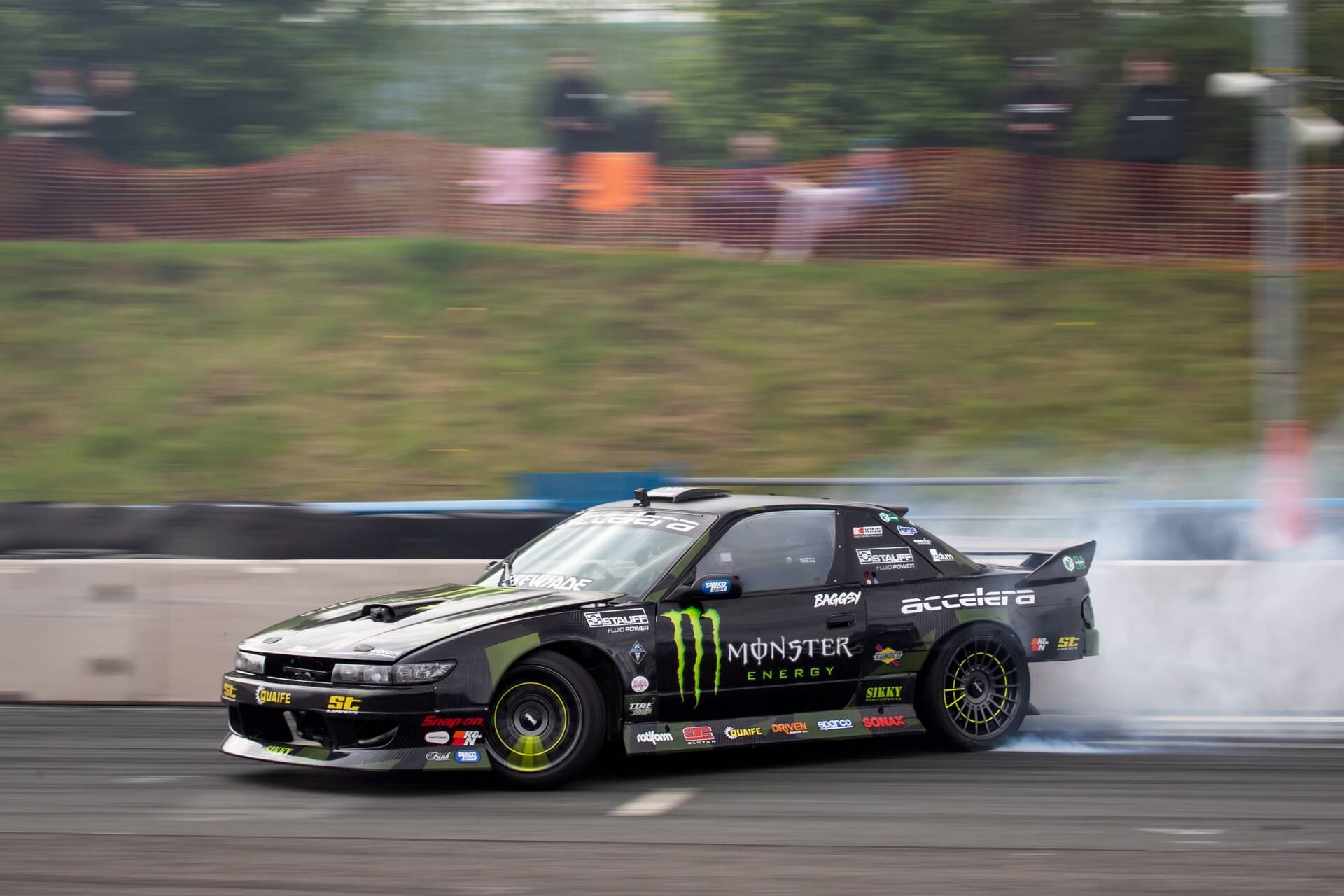 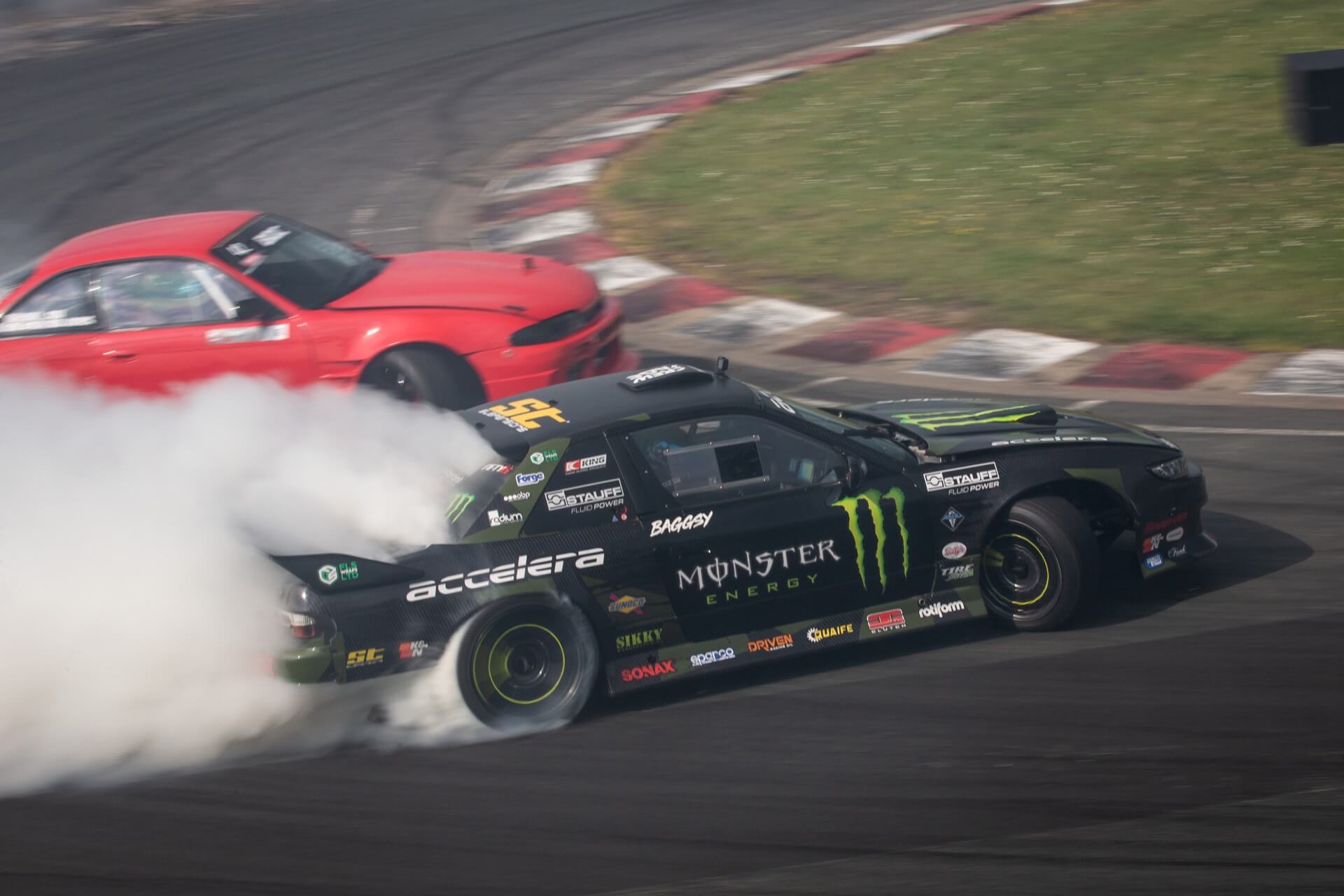