Result in Portugal for Gigglepin 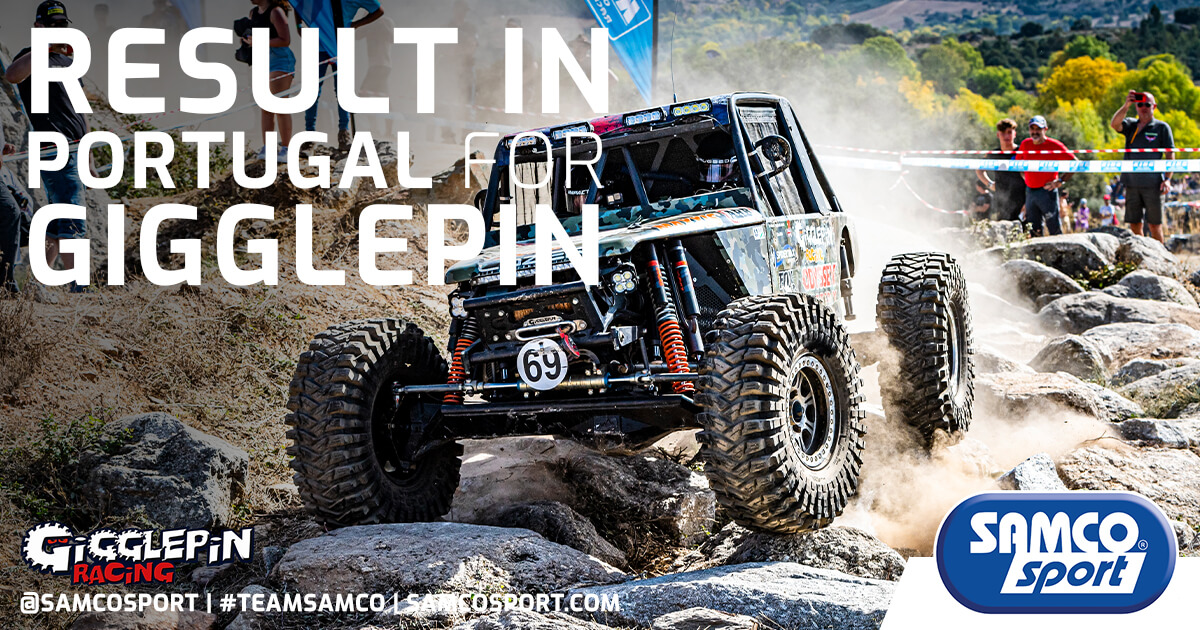 Result in Portugal for Gigglepin

Car preparation for most events takes weeks to complete, but we only had four days to get Mistress battle ready for King of Portugal, the final event and the Jewel in the crown of the 2022 European Ultra 4 Championship. Chris Abel flew home after co-driving at Graf and Michael Whitting flew in on the Monday to bolster the team and help with the preparation.

So a team of four bent to the task of changing gearboxes, differentials, removing rear winches, changing air intakes and straightening this girls battered body panels. Thomas and Brian, alongside myself and James, worked late into the evenings and started early to be sure that everything was just right.

Then on Wednesday morning we left the workshops of ‘By Toucas’ and Flavio Gnomes headed to Vimioso and King of Portugal! We arrived to find an already packed stadium where 65 teams would be based for the next threedays of intense Ultra 4 race action. James Ayre flew in late that evening to join me as co-driver. The plan was simple, get out in front and stay there. First up was the prologue. An 8km super stage that is fast, furious and with plenty of big jumps. Emmanuel Costa set the pace and we left the line nearly last in our class.

Mistress was incredible, the thunder of her LS7 7 litre V8 engine, beefy Spidertrax axles and monster Fox shocks soaked up the punishing course with style. We crossed the line in a cloud of dust, park her and rush back to find out if we have done enough? We have smashed it. Half a second faster than our nemesis Emmanuel Costa. It’s the perfect start to our campaign. 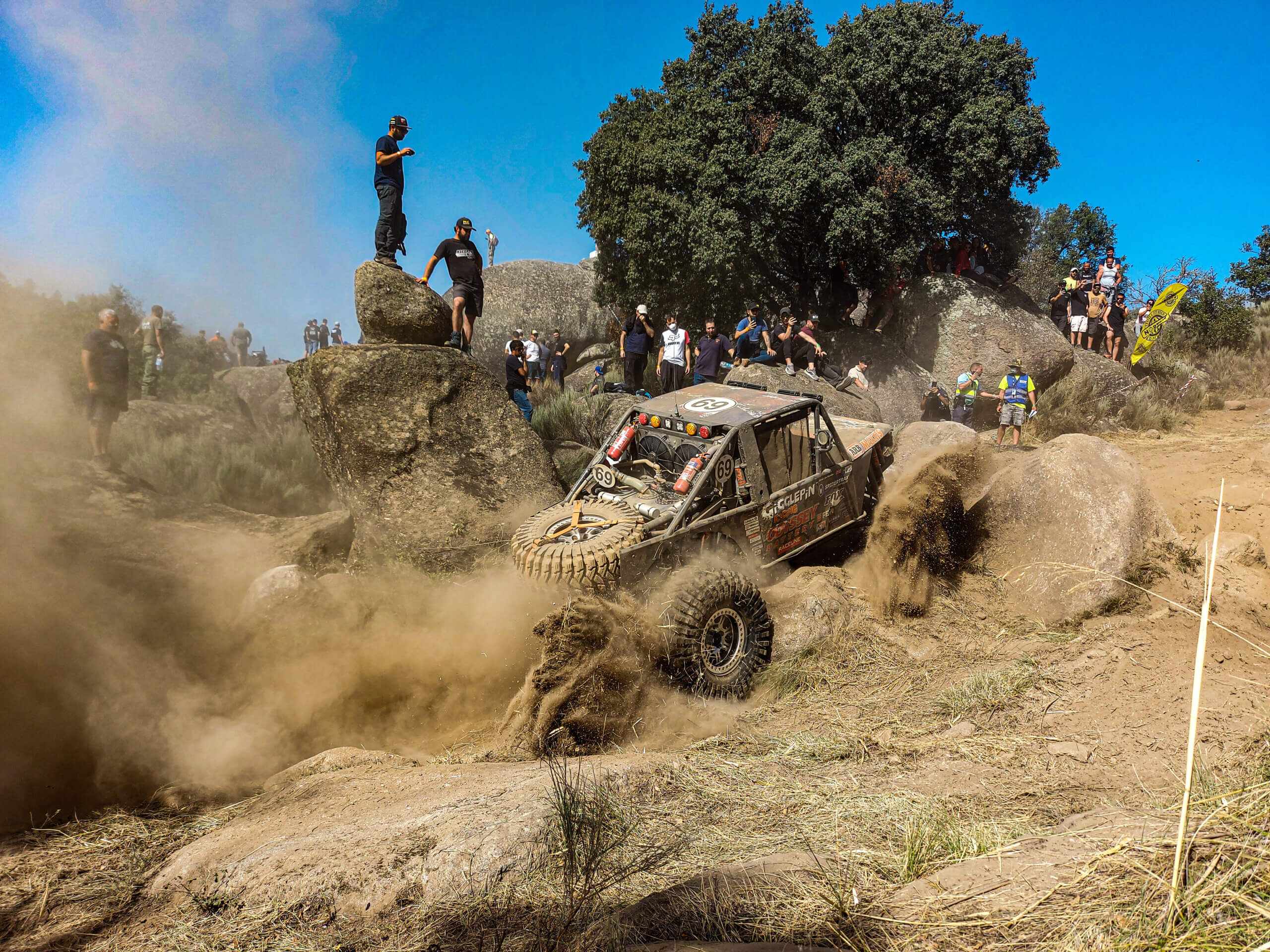 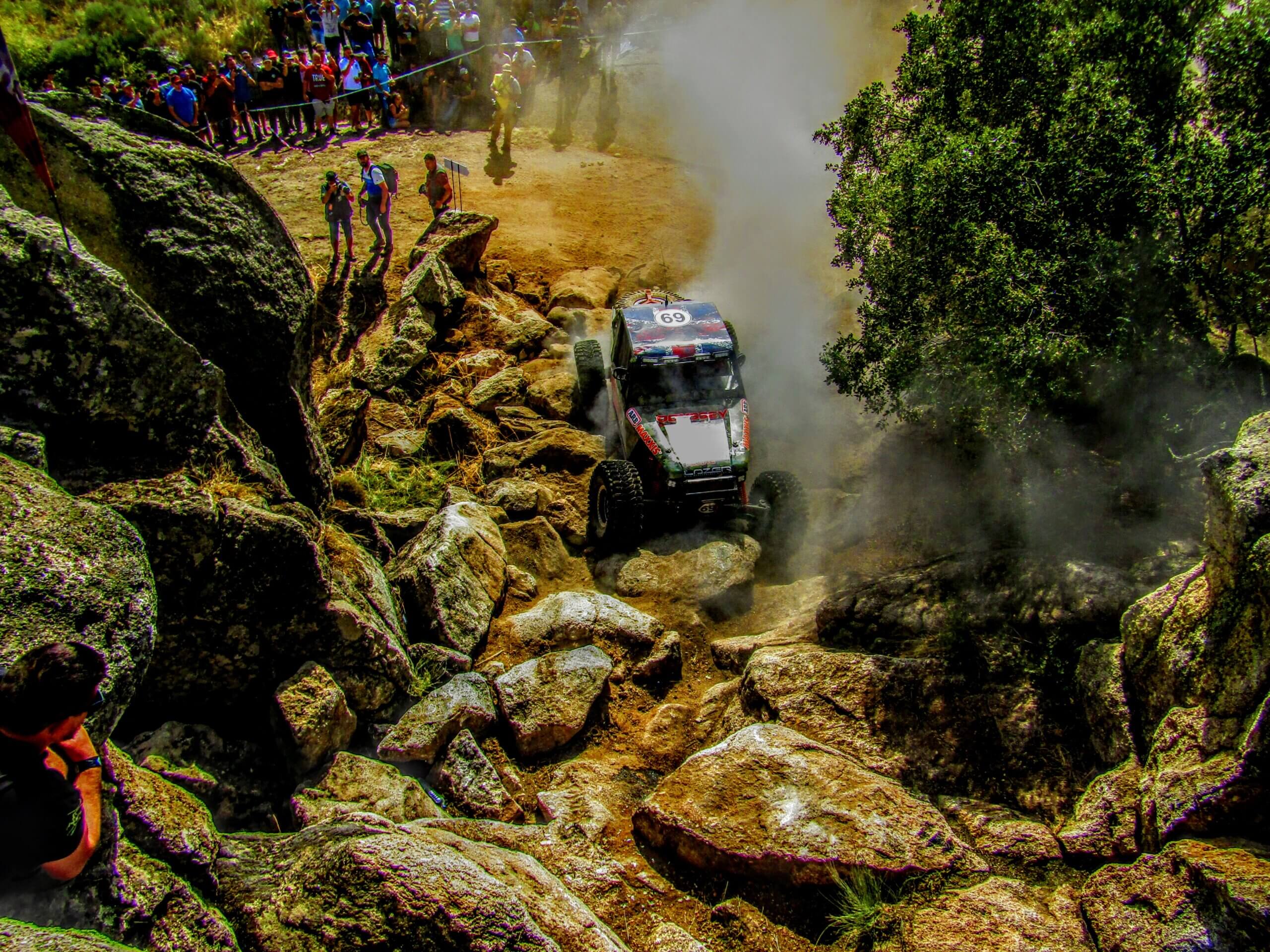 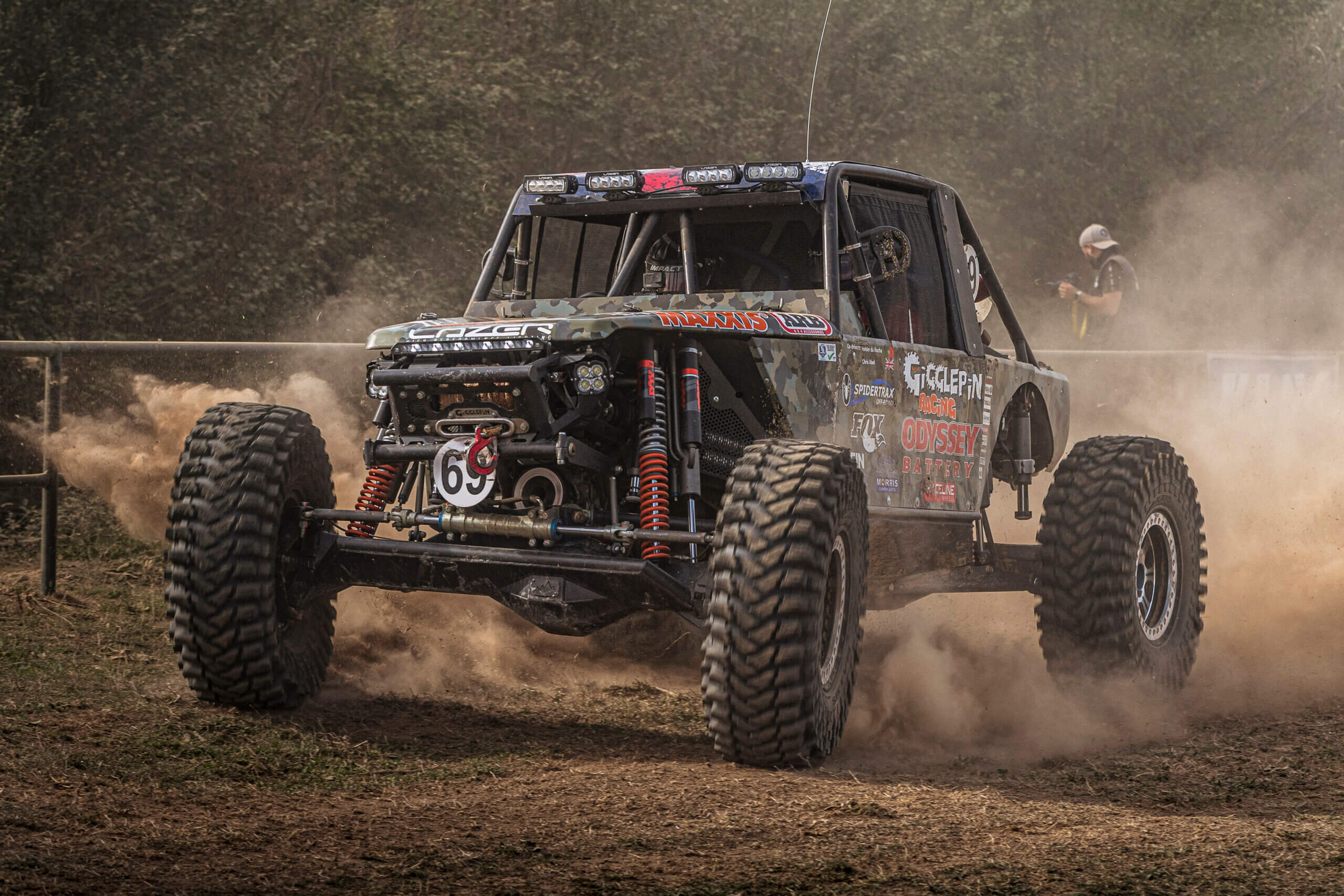 Day 2, the Sun is shining and promising high temps of up to 27° Celsius. It’s going to be a long day with five 38km laps and with three super tough special stages to contend with around the course. We have the honour of leading out the field and we roar to the line, 650 horse power surging us on into the Portuguese terrain, 190km to go. Everything was going well for the first 36km and we had pulled out an eight minute lead over the chasing pack. “James, I have lost throttle response” I say over the radio as Mistress rolls to the side of the track. It’s a bitter blow when everything is going so well. But we never surrender and as I pull her apart looking for the fault, James is already sprinting to the pits to get parts. An hour later and a new throttle body fitted we are back on track and hauling. But two laps later it comes to a halt again as the transfer case decides it does not want to stay attached to the gearbox. So, with only three of five laps completed we had to retire with heavy hearts. Back in the pits the guys soon tear down Mistress and start making the repairs so we can be ready for the final day. 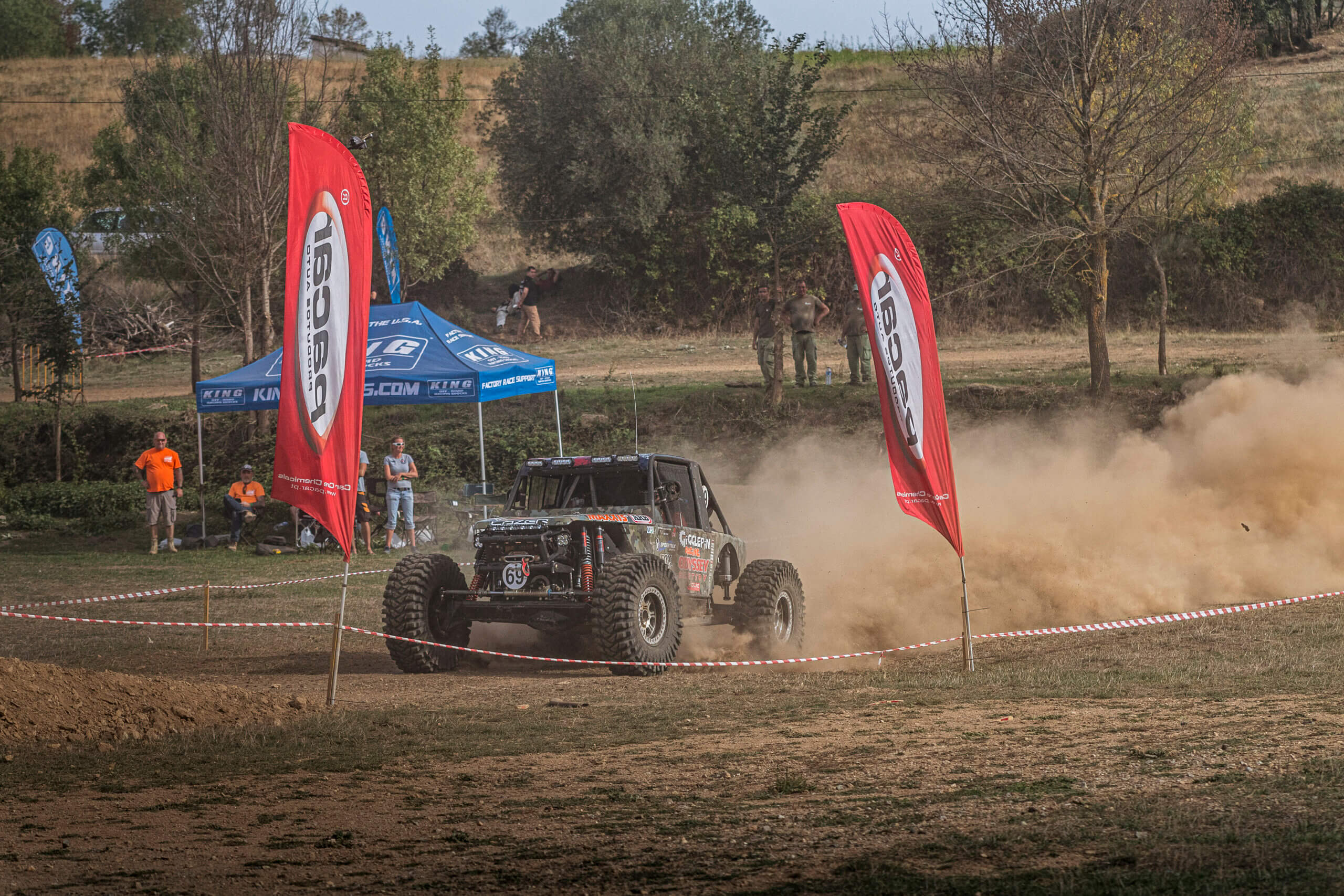 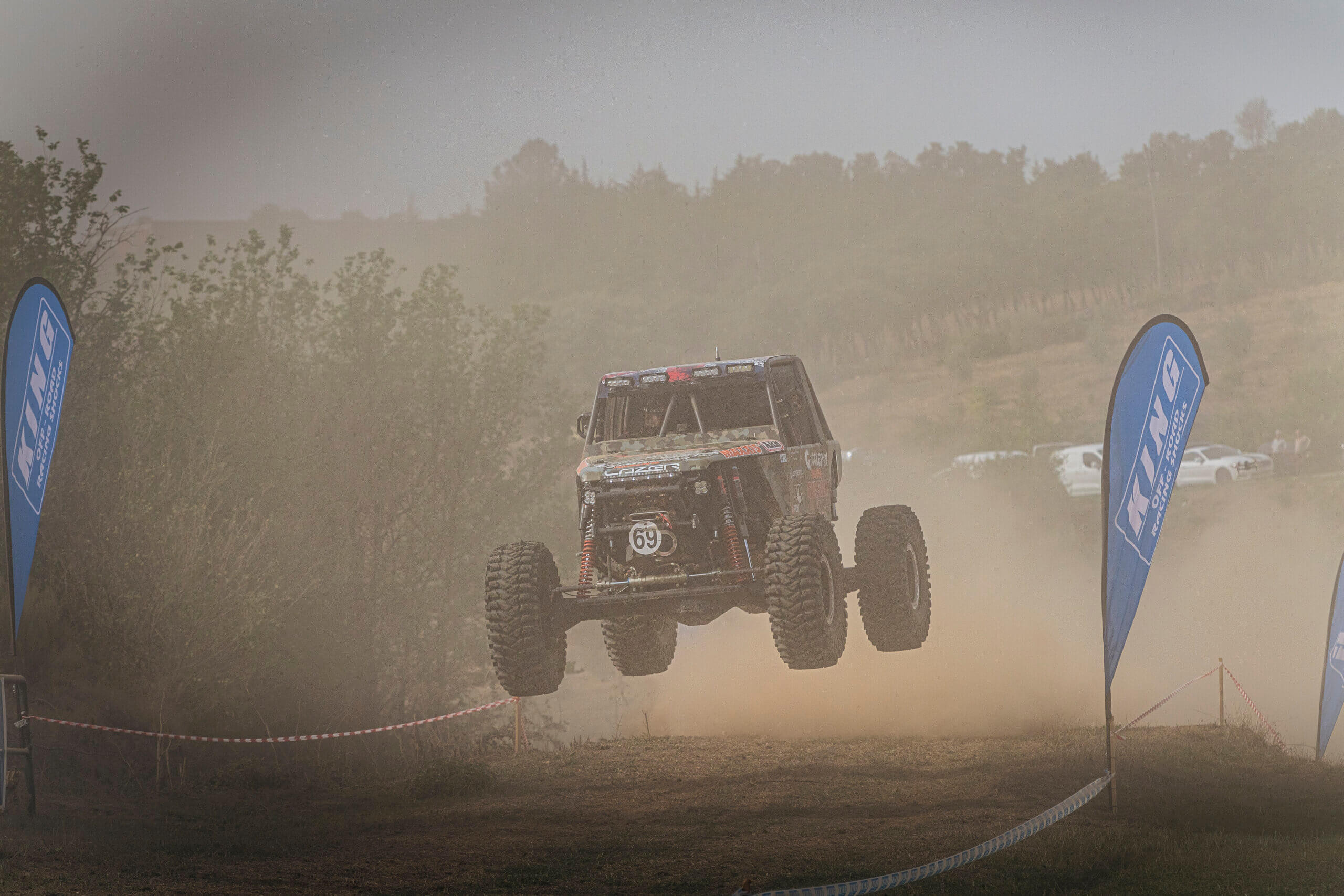 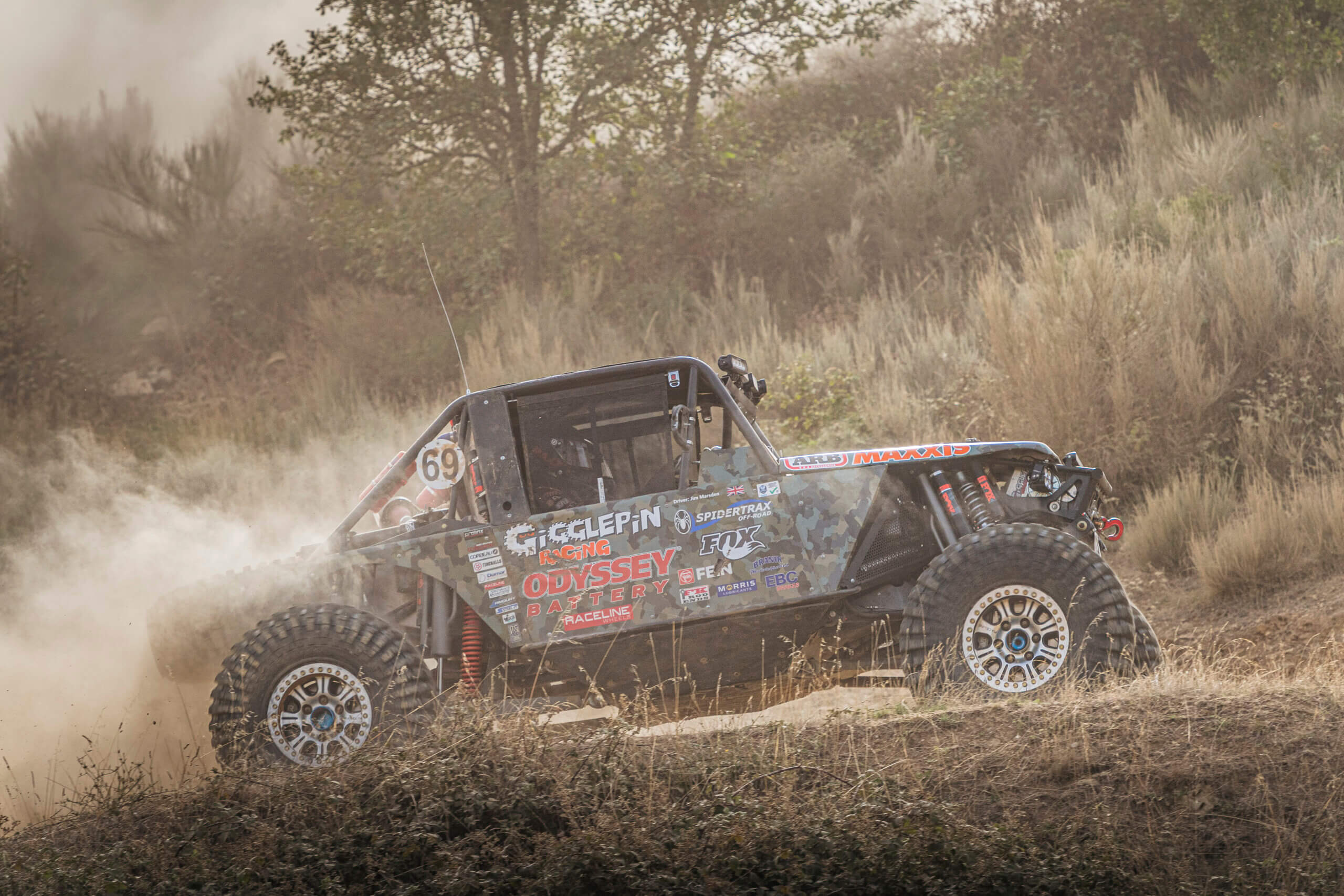 Day 3 and the scores are not good. After the disastrous previous day we are languishing down in 29th position. But we also know we have a pace that few can match and I can’t wait to get started. The cars leave the line in 30 second intervals and we have five 27 km laps ahead of us, but this time it gets real serious with the monstrous dinosaur eggs and two special zones to test our skills.

It’s going to be a tough day. We leave the line and Mistress feels fantastic! It’s not long before we are carving through the field and making fast decisive overtakes on quality opposition. At the dinosaur eggs we have already caught cars in the top ten but cannot find the bypass line and have to sit in traffic wasting 20 valuable minutes. Once again Mistress delivers and we pass another four cars on the massive boulders.

We cross the line to finish lap one and we have made up 18 places! It’s a great start and we power into the dust clouds. On lap two we pass another four cars in the first 5 km in the slower technical rocks. For the next four laps Mistress delivers and we keep up a continuous pace. 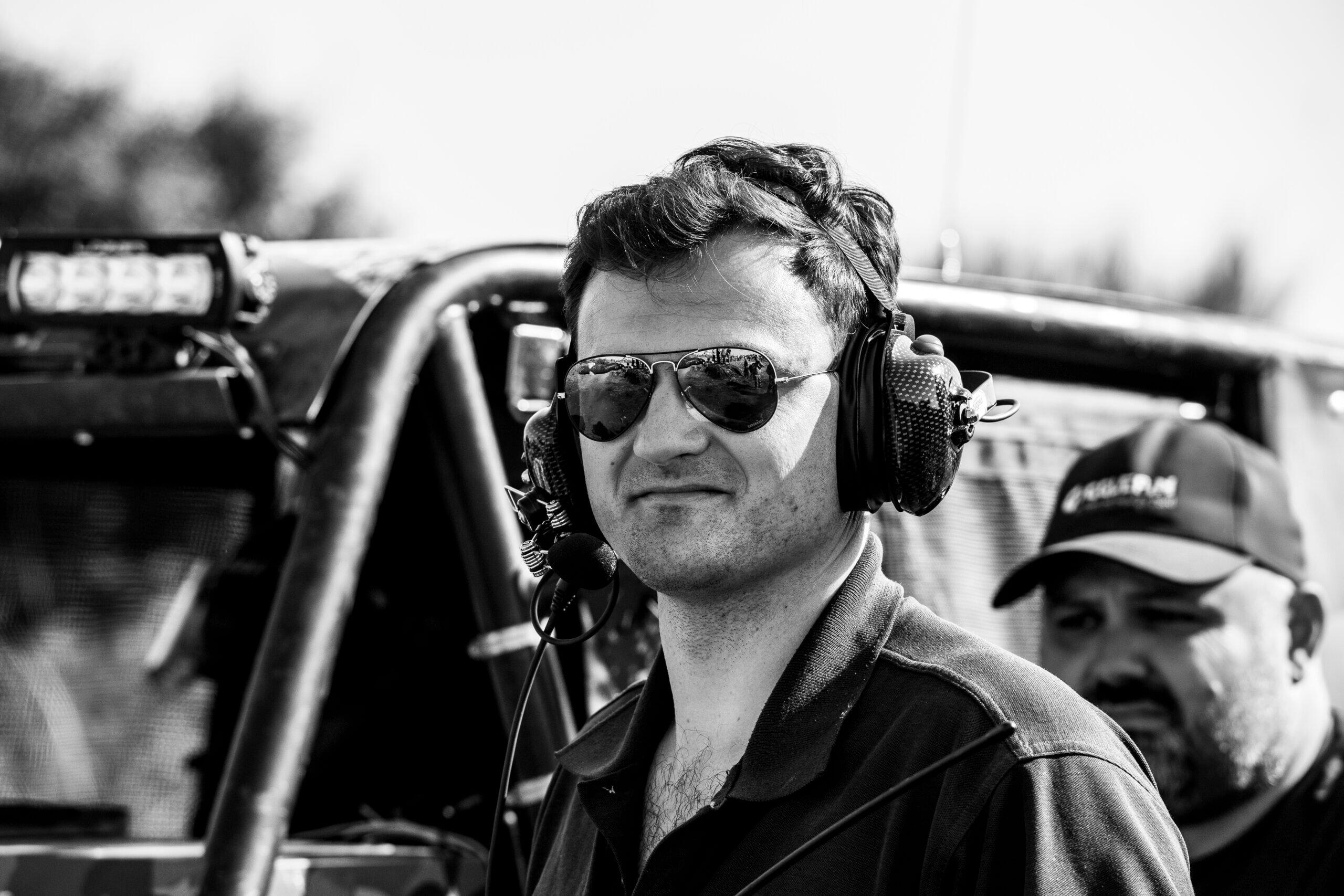 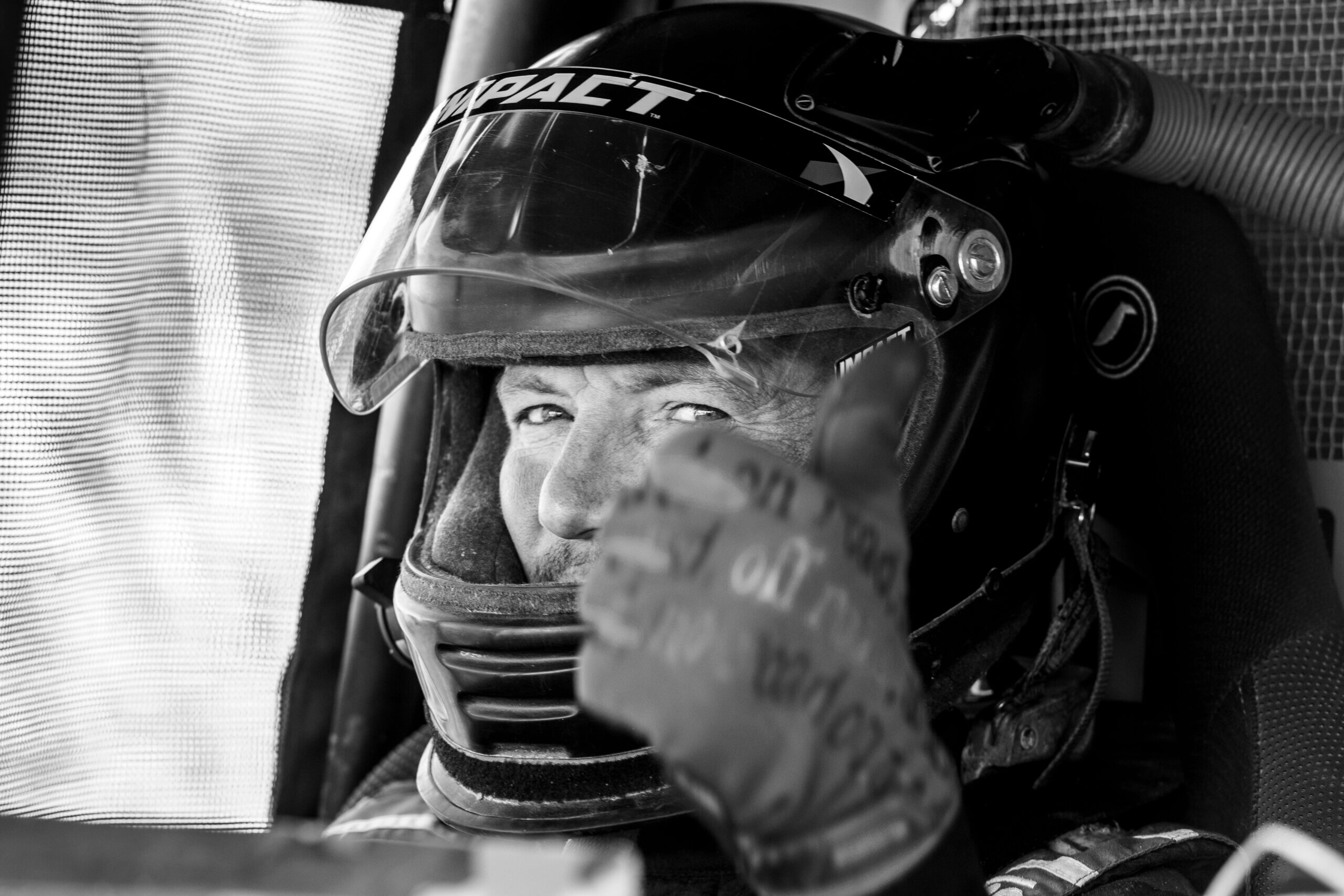 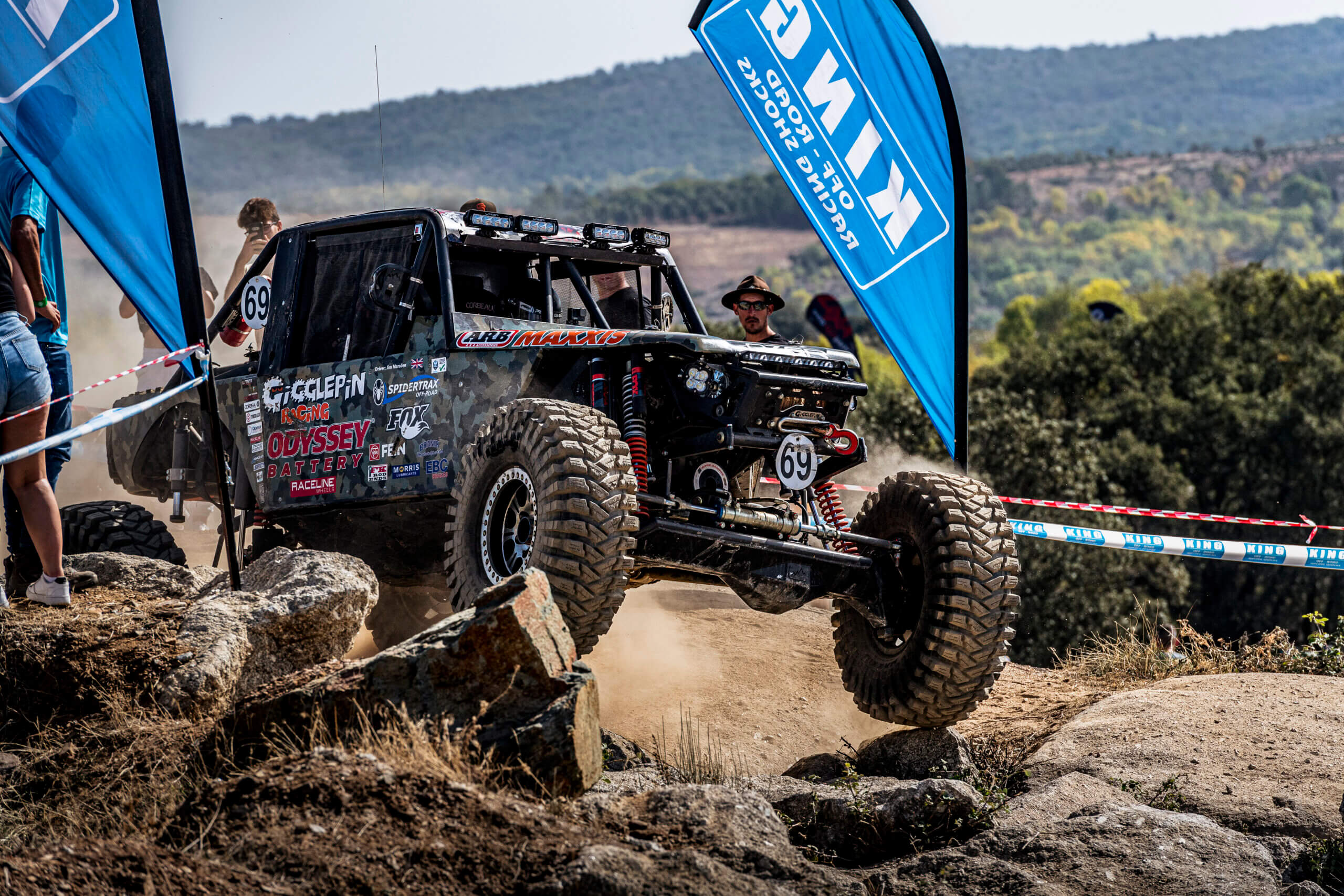 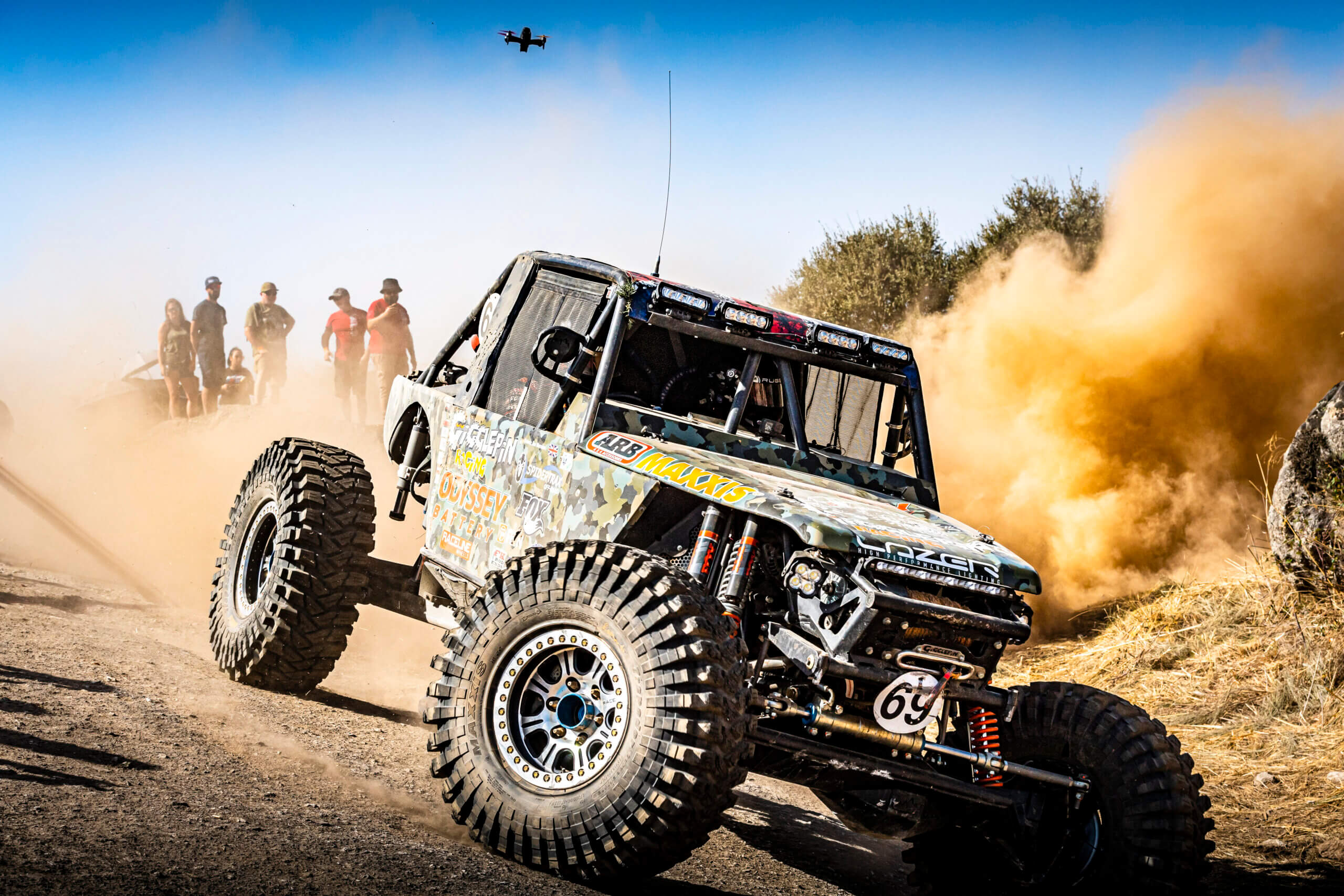 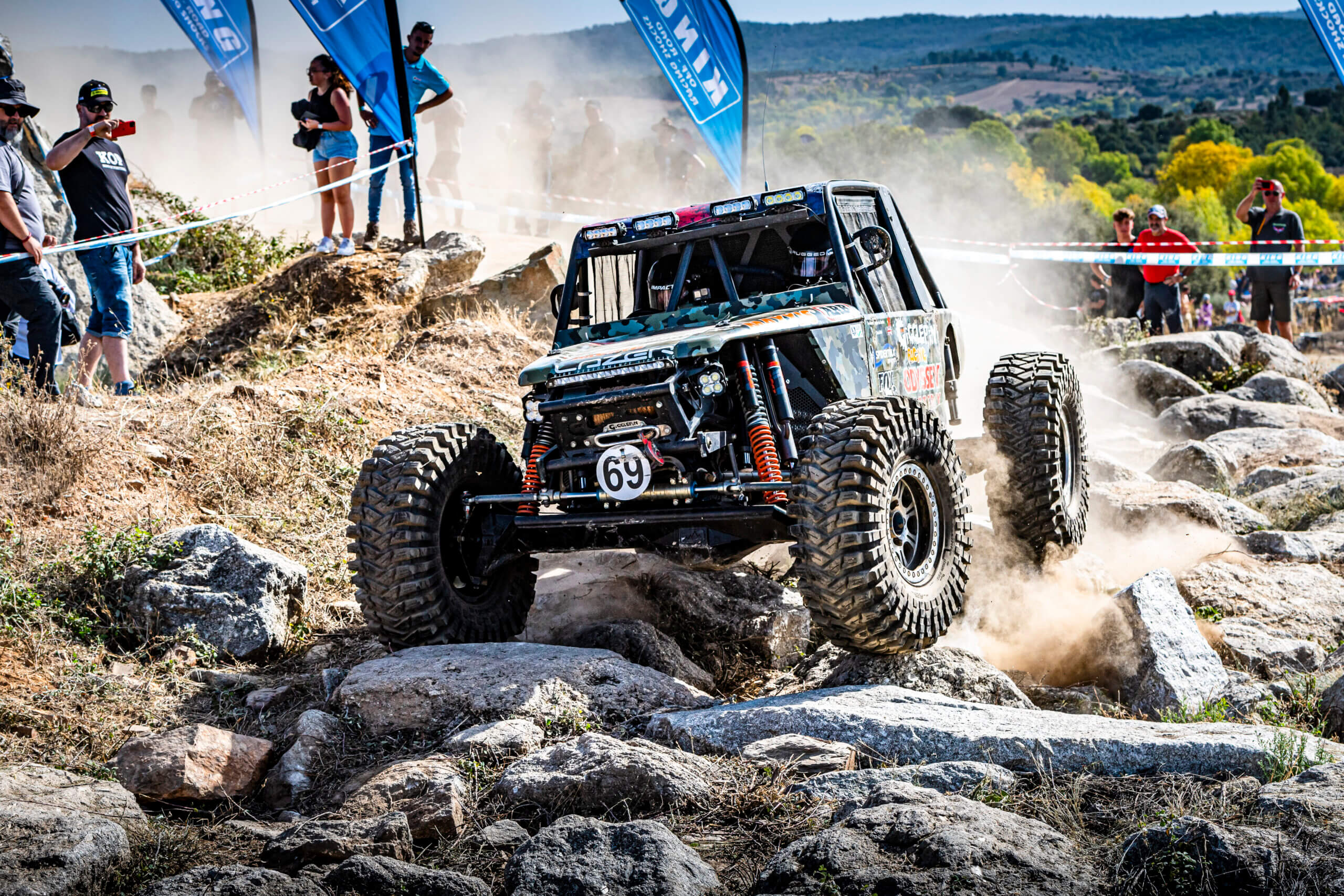 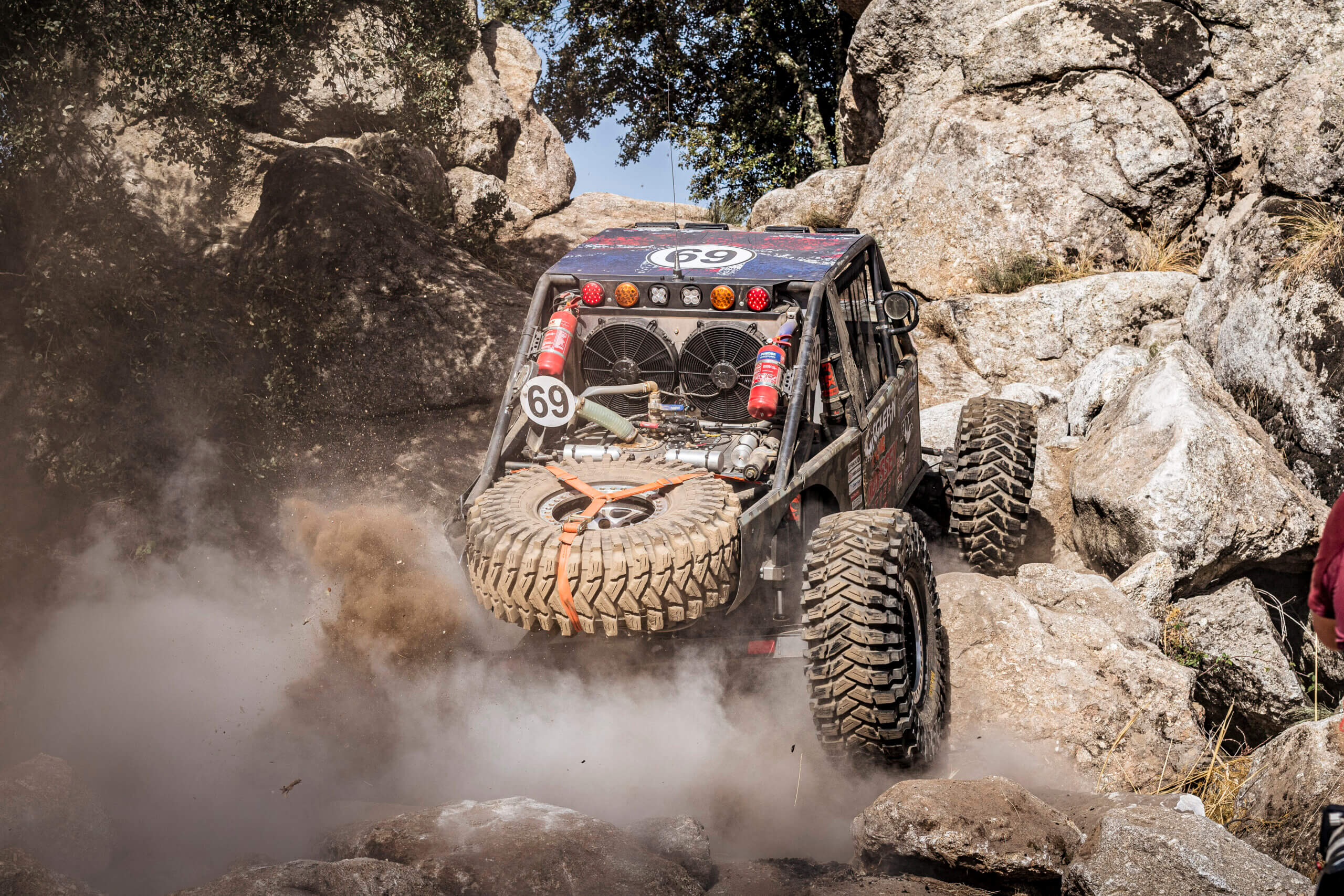 We reach the finish line and cross it in physical third place, having passed everyone with the exception of the Ruel brothers and Emmanuel Costa. It’s a great result and only leaves us to ponder what would have been, if we had not had the problems that we did. The prize ceremony at King of Portugal is exceptional. With over a thousand people in attendance, the local town pulls out all the stops, providing food, wine and entertainment. Who knew bagpipes were a Portuguese invention! The scores are announced and we are 7th overall for the event which is a great comeback after starting the final day in 29th position.