After Race One, Olly Turner moved up to second in the points standing after taking his second win in as many races to start his Maximum Networks VW Racing Cup weekend in perfect form.

An extra point for fastest lap means he is just six points behind Jack Depper who followed him home for second place.

Depper initially made a decent start from pole position but would throw it away at Quarry as he struggled to slow down over the bump, running deep and handing the lead temporarily to Russell Joyce.

Joyce sadly could not maintain the lead by the end of the opening lap with Olly Turner eager to make up a position and put the Power Maxed Car Care Racing between him and his key rival, Depper.

Of course, Depper was not prepared to sit behind the Golf, making the most of the restart and out dragging the PMR into Quarry before cutting back inside and taking second. From there, the championship leader set about closing down Olly Turner who was quick to pull out a distance in the opening lap. Turner though knew he could not afford to drop any more, maintaining a 2 second gap to Depper throughout proceedings.

Such was the pace of the leading two that they remained in front of one of the Goodyear TCT cars throughout, again highlighting the quality of our title rivals. To add to Turner’s pressure a loose bonnet was not allowing him to pull away, though the 18-year-old would show skill beyond his years to ensure the race remained in his hands. 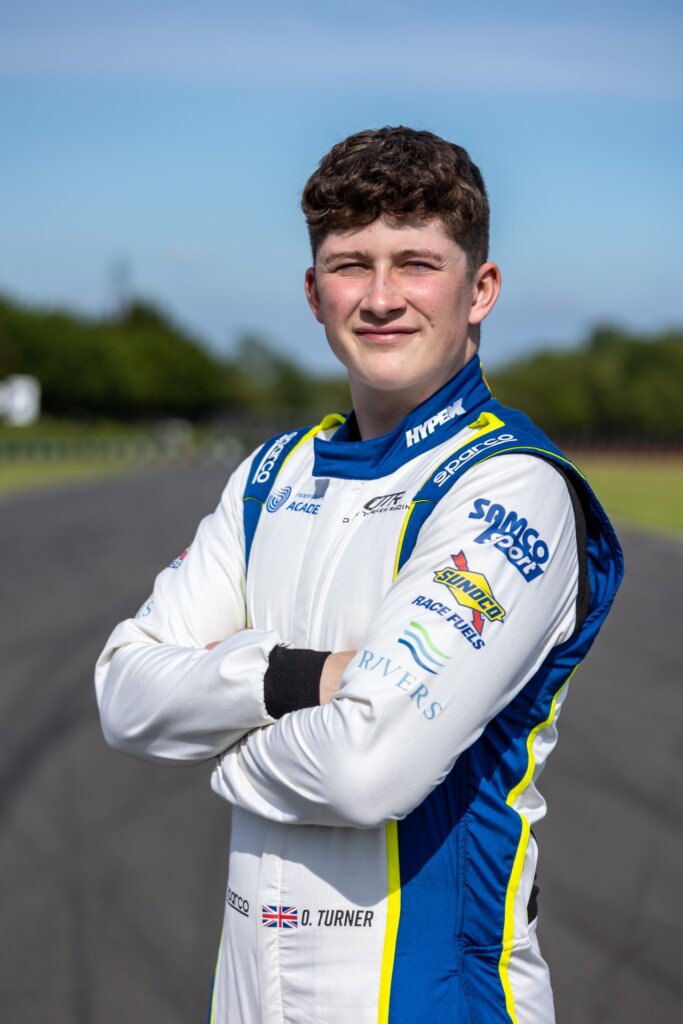 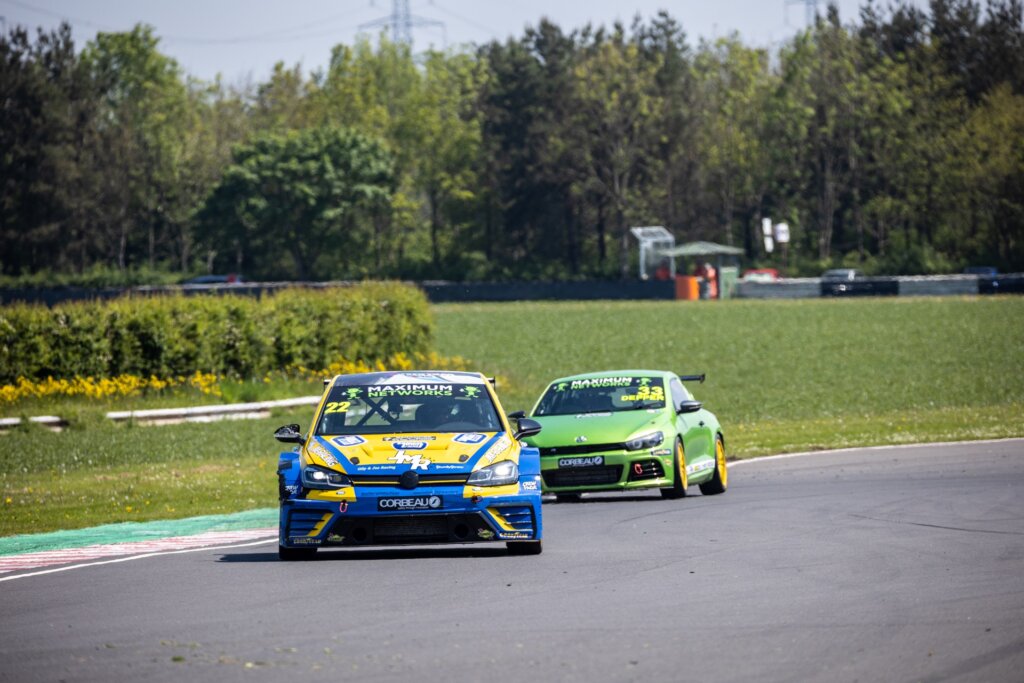 Turner would cross the line just 0.898 seconds ahead, grateful for the early chequered flag as the chasing Scirocco will look to hit back later this afternoon. Rounding out the podium was Russell Joyce. The #72 recording his second podium in three races, dropping back at the end of the race to come under threat from the ever-improving Jeff Alden. The Matrix Motorsport driver though was unable to continue his run of third place finishes, dropping from second to fourth in the standings.

“Luck was on my side this time! I want to thank my sponsors and family, it’s awesome to get the win for them. I was a little confused with the noise at first, but I soon realised it was bonnet from when I hit the tyre barrier at the chicane during qualifying. As a result the bonnet was flapping up a lot causing quite a bit of drag for me, which was a big disadvantage. Despite that though I’m buzzing, such a good race.” 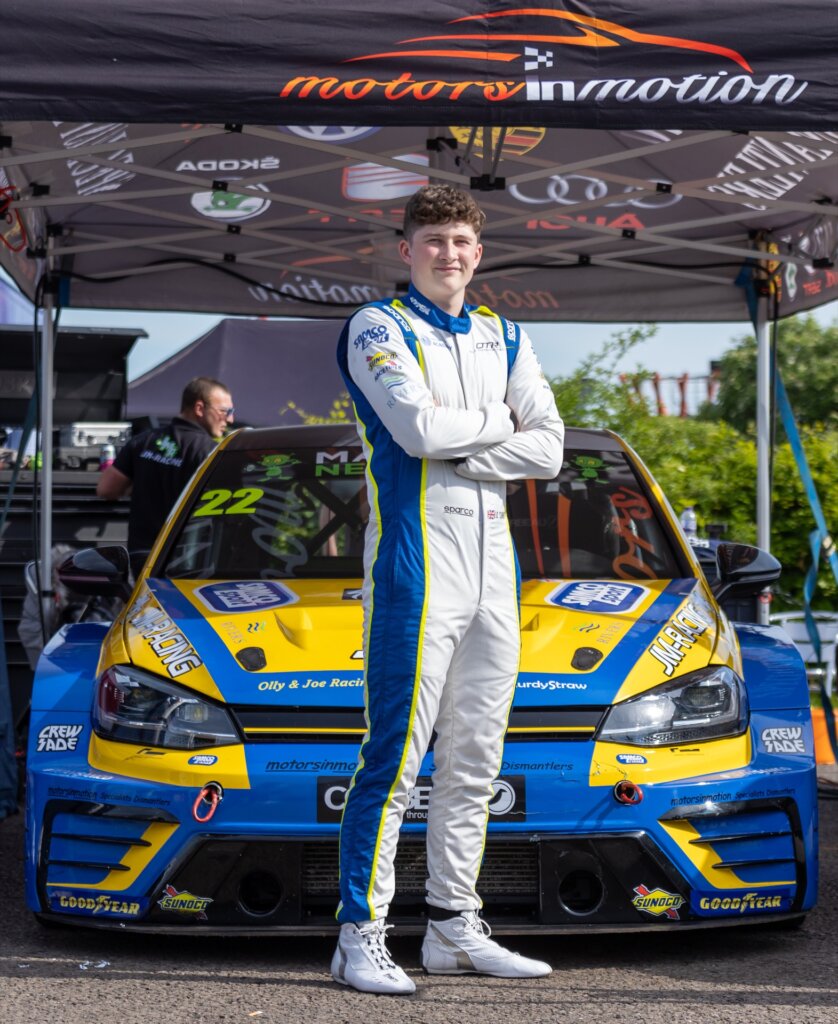 Unfortunately, Race 2 didn’t quite go to plan. Olly made contact with Depper who was trying to take avoiding action towards another driver.

Olly ended up on the grass which was too much to handle for the racing diff fitted to the golf which failed and ended Olly’s race early.

Olly and the JM Racing team will regroup and come back fighting at Brands Hatch in a few weeks time. 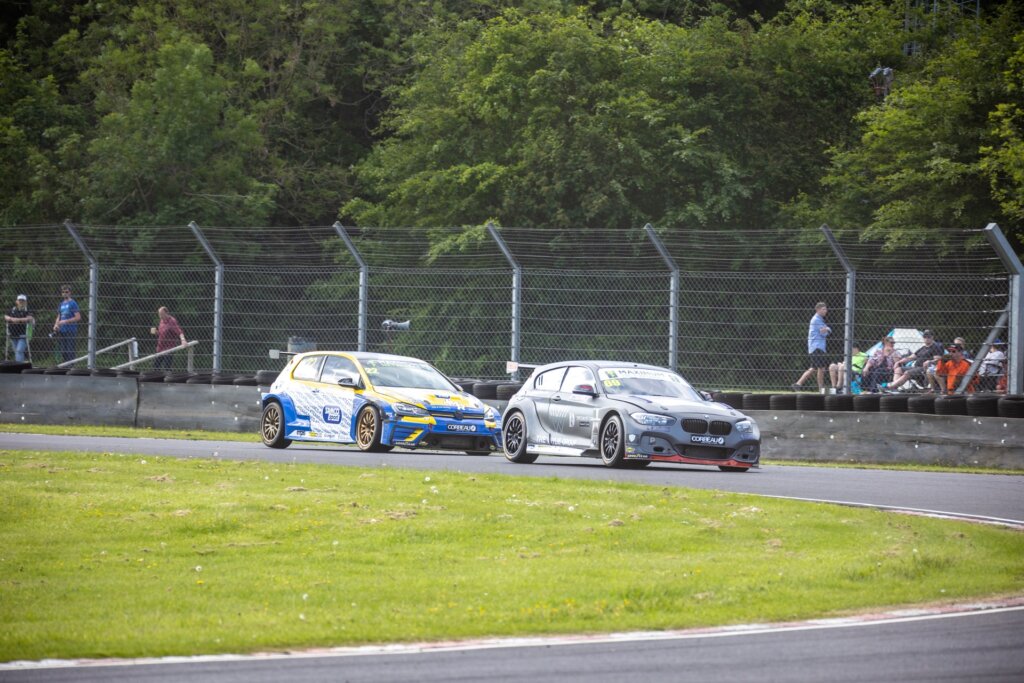 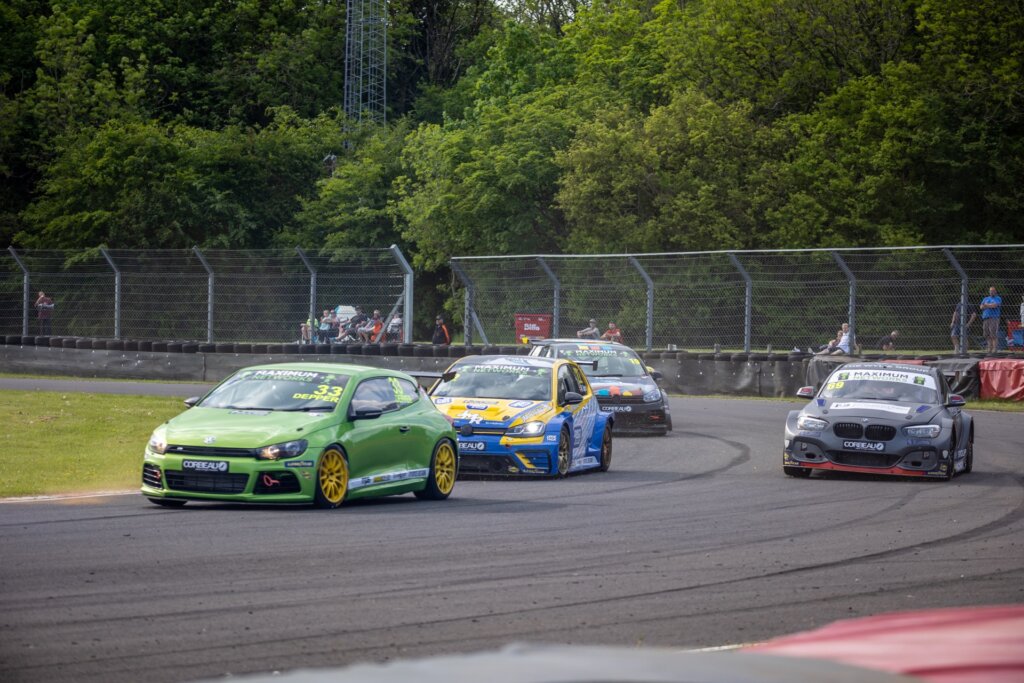 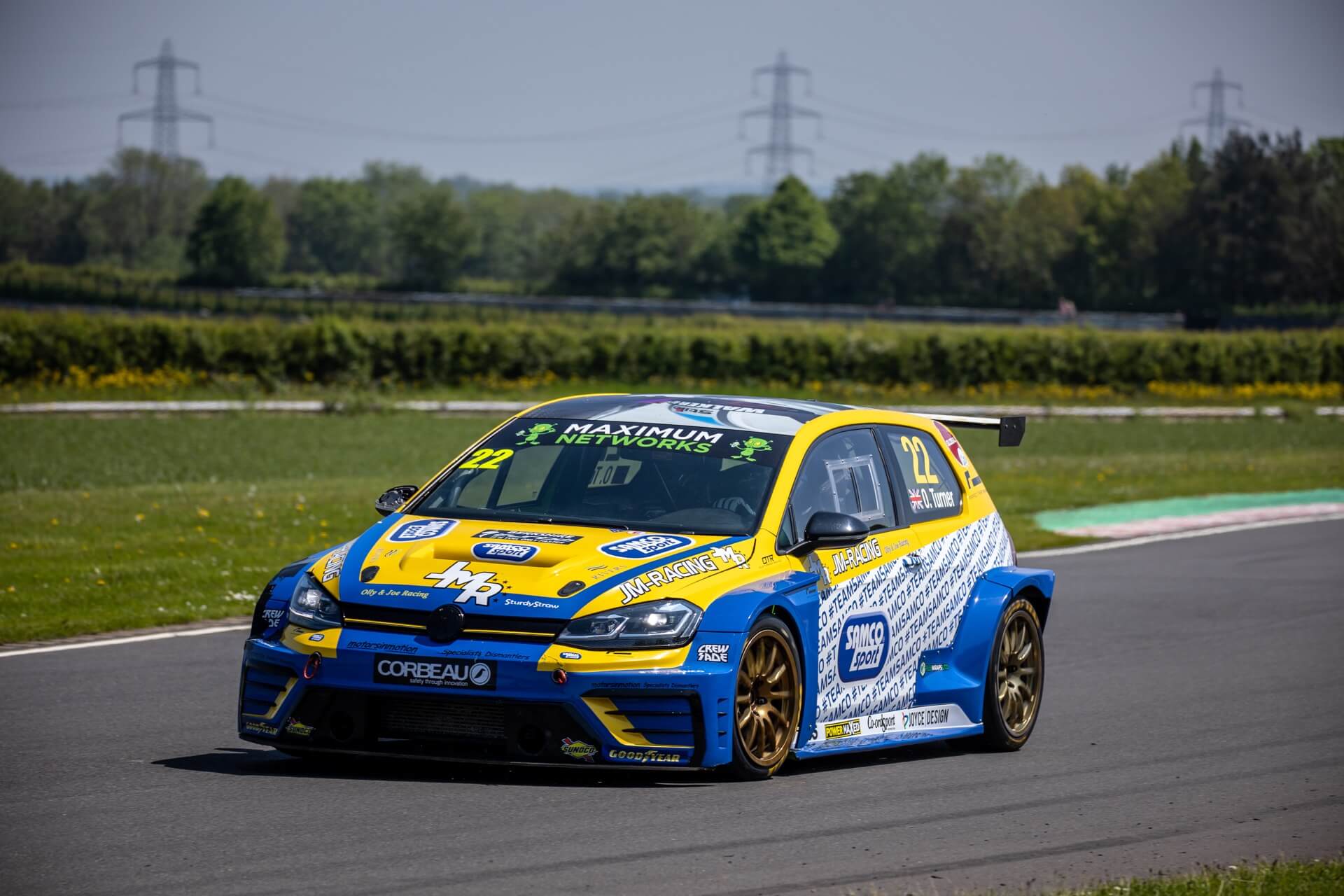 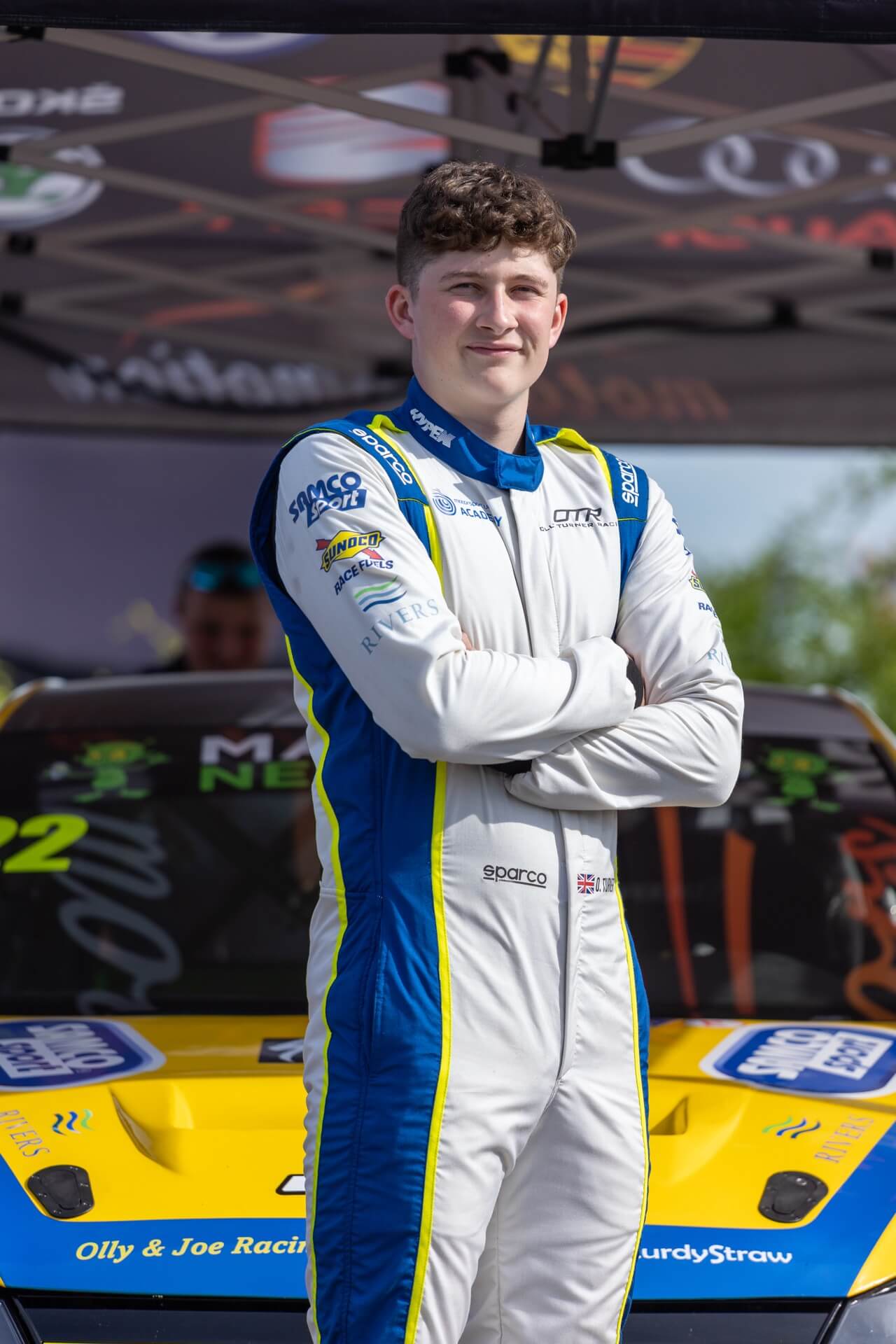 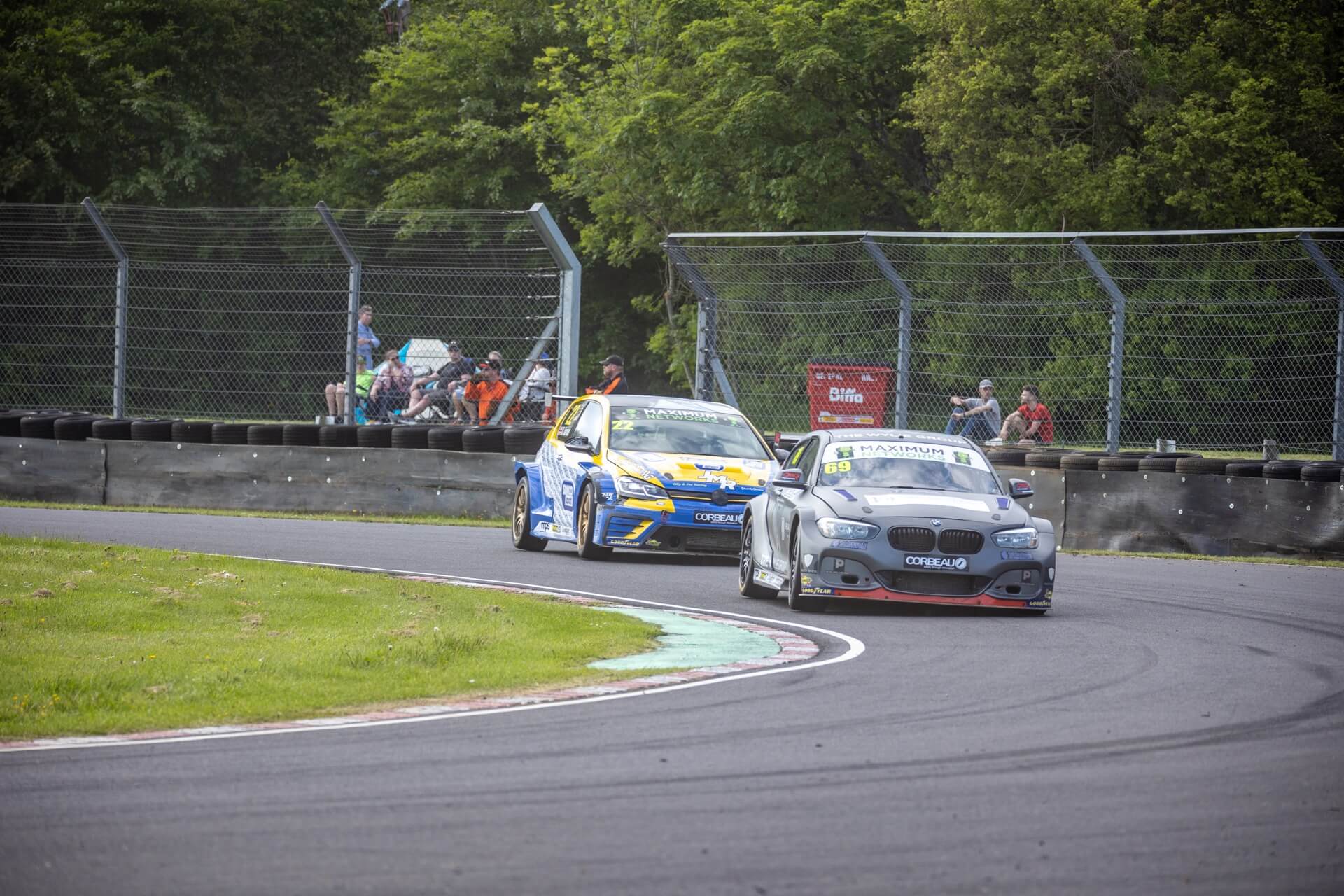 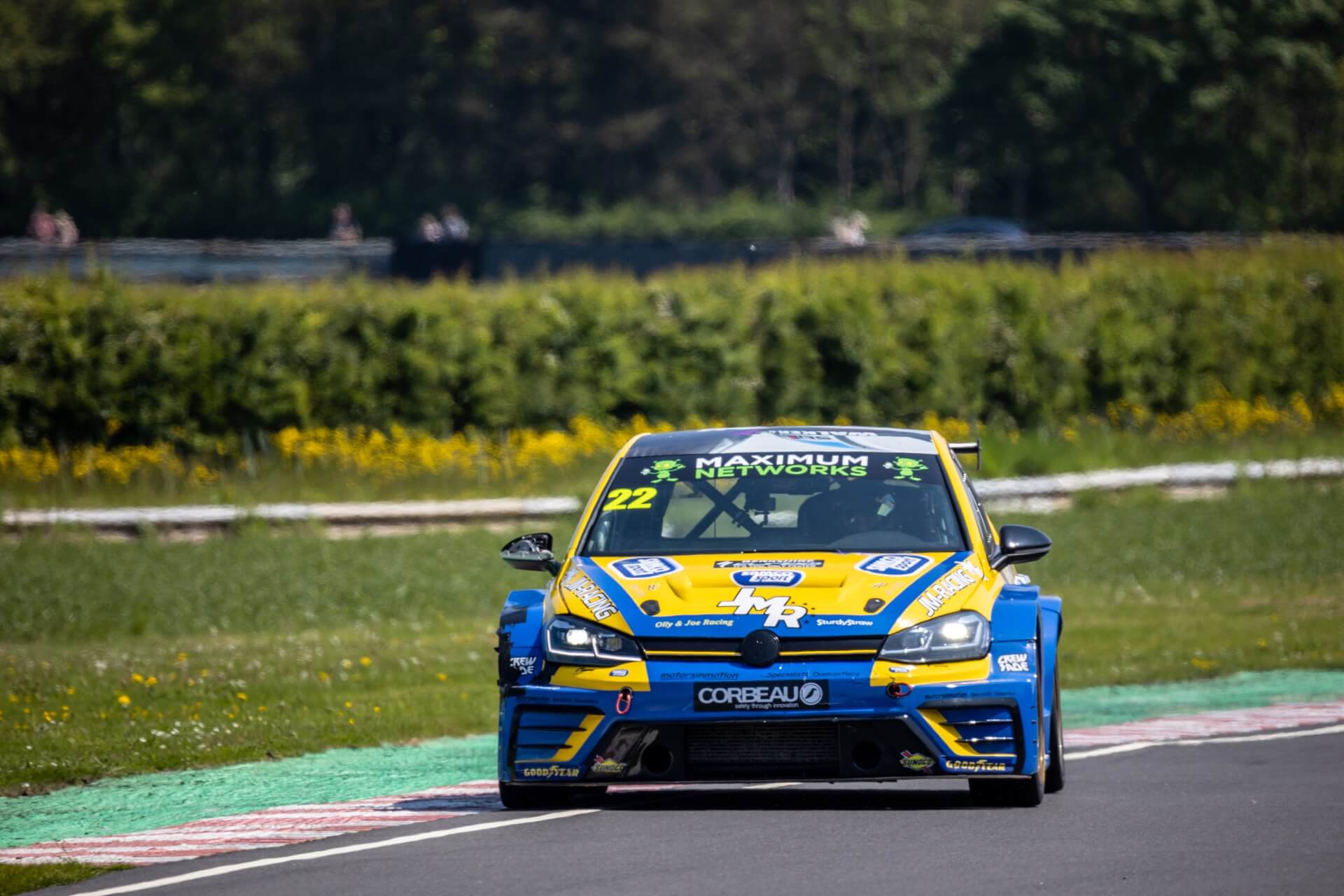 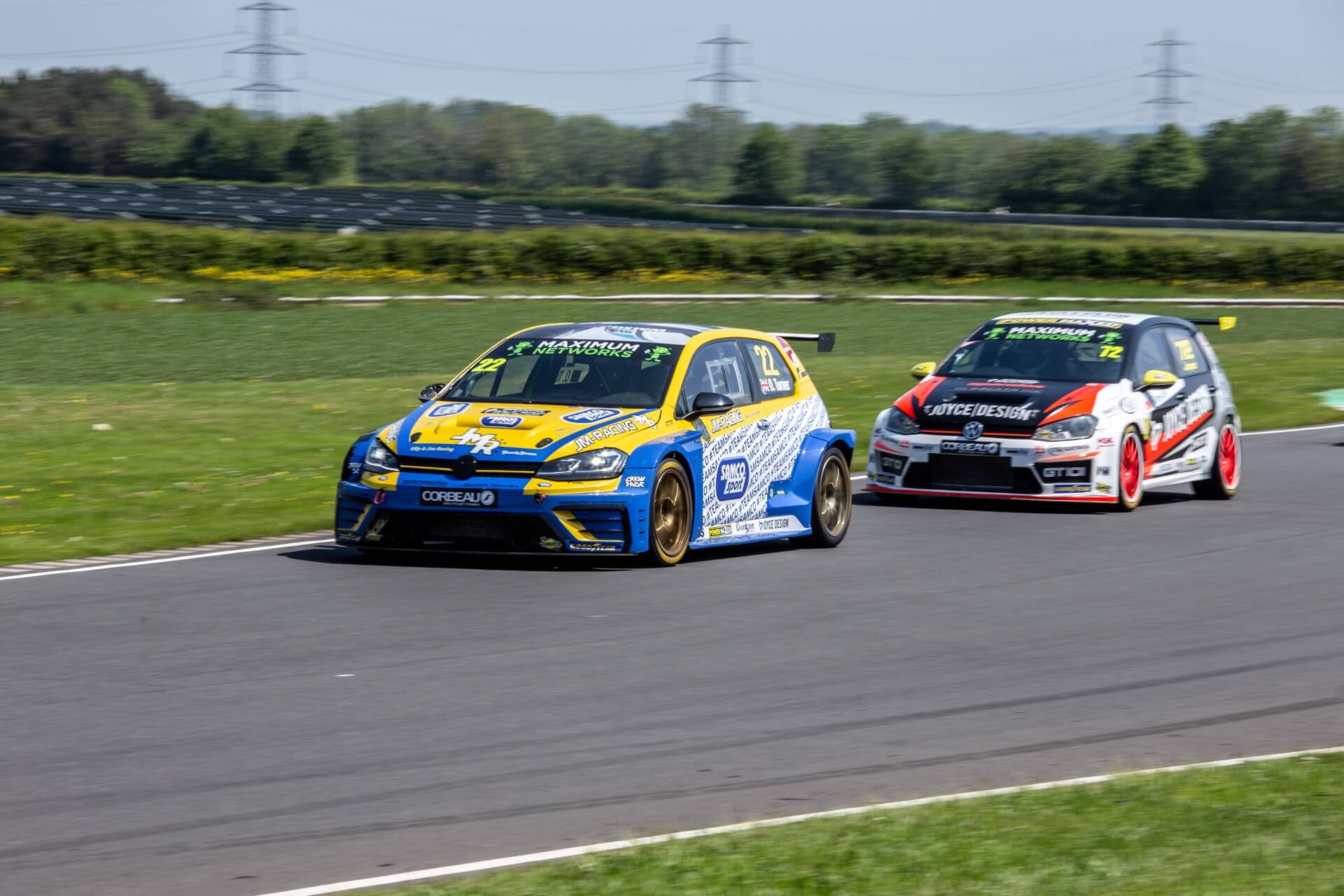 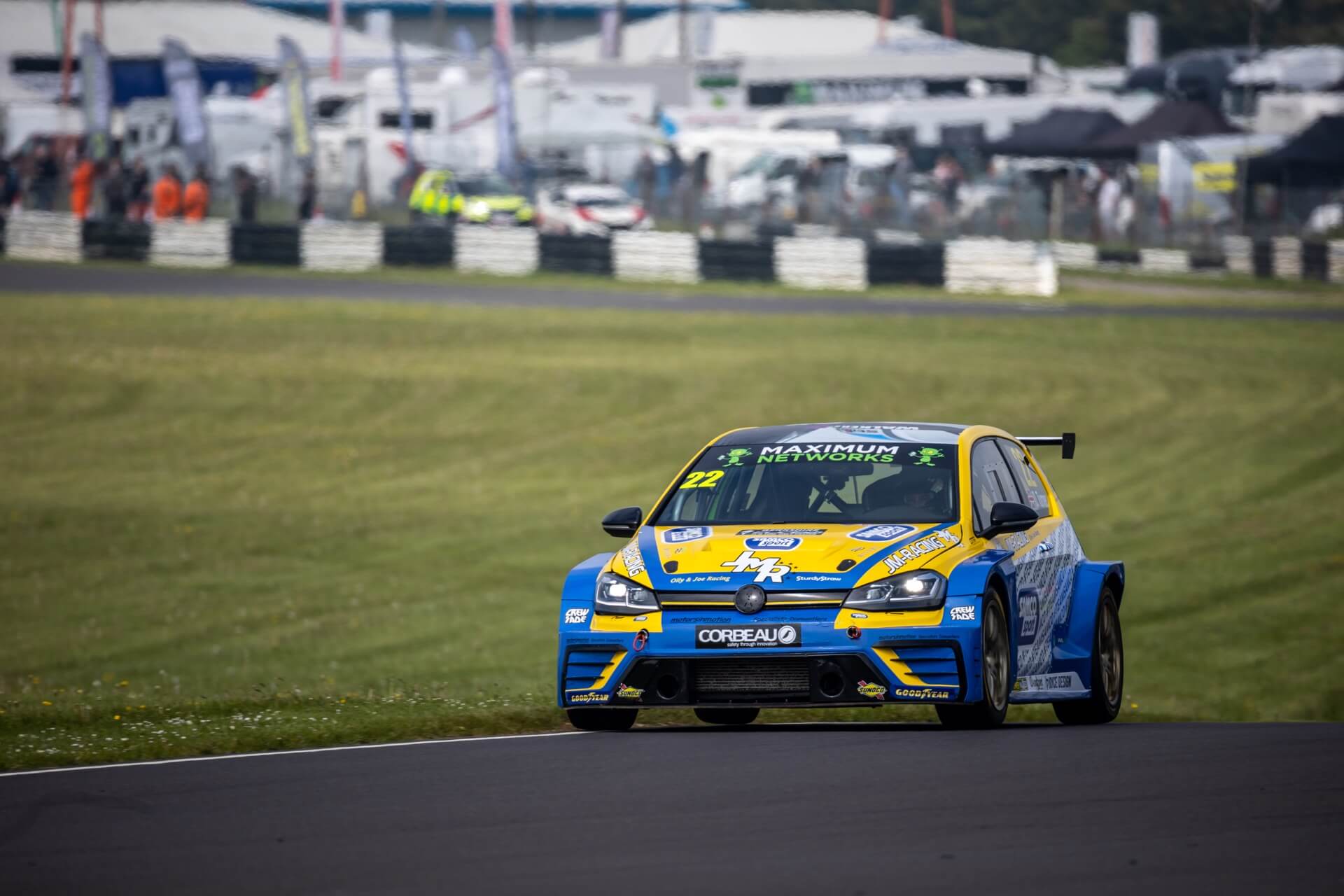