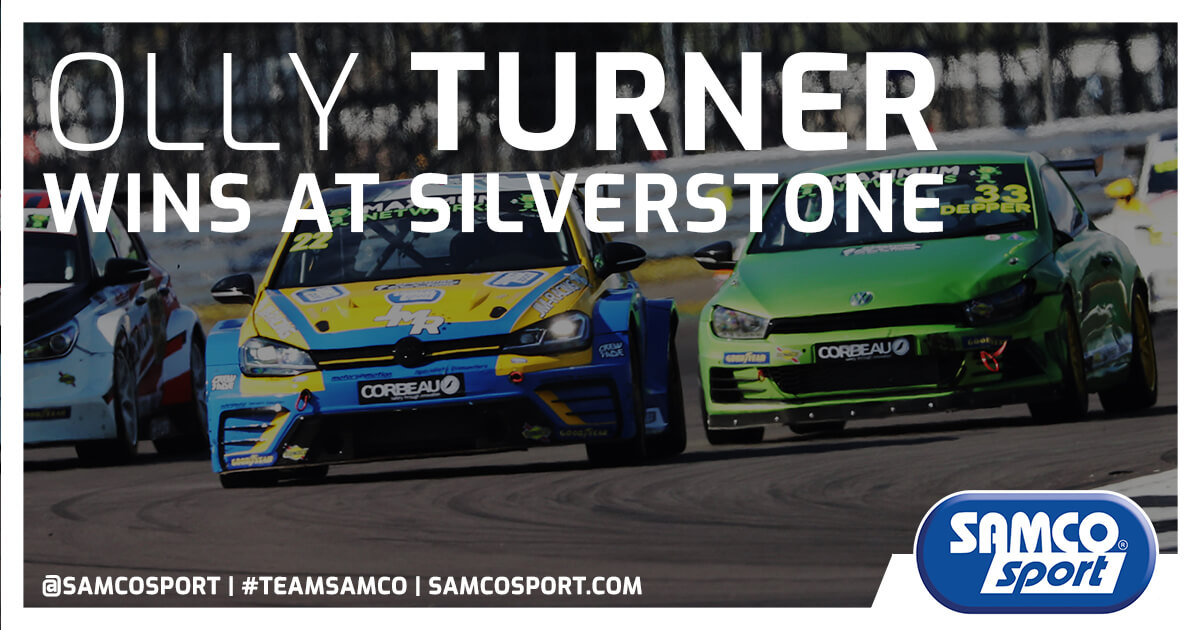 Olly Turner took a maiden Volkswagen Racing Cup victory to put him back in championship contention. In a fierce battle with Jack Depper, rookie Turner exchanged places throughout, eventually being nudged wide by Depper with a handful of laps to go at Silverstone. In an amended result Turner was victorious making it one win apiece between the two.

Turner came out on top in the first of what is expected to be a year-long battle between himself and Depper. The Maximum Motorsport driver cross the line first, however, a decision by the stewards saw the winner penalised 10 seconds, as the pair traded paintwork for much of proceedings, culminating in Depper pushing Turner from behind in the braking zone.

While he started from pole, a poor start for Depper had left him with catching up to do in the opening laps in order to chase down the leaders. A broken drive shaft had prevented Olly Turner from competing in the opening race and as a result was starting at the back for the second. This disadvantage would not stop him though, overtaking Russell Joyce before the end of the first lap to lead early on. Depper regained second on the following lap closing quickly on the Golf in front. 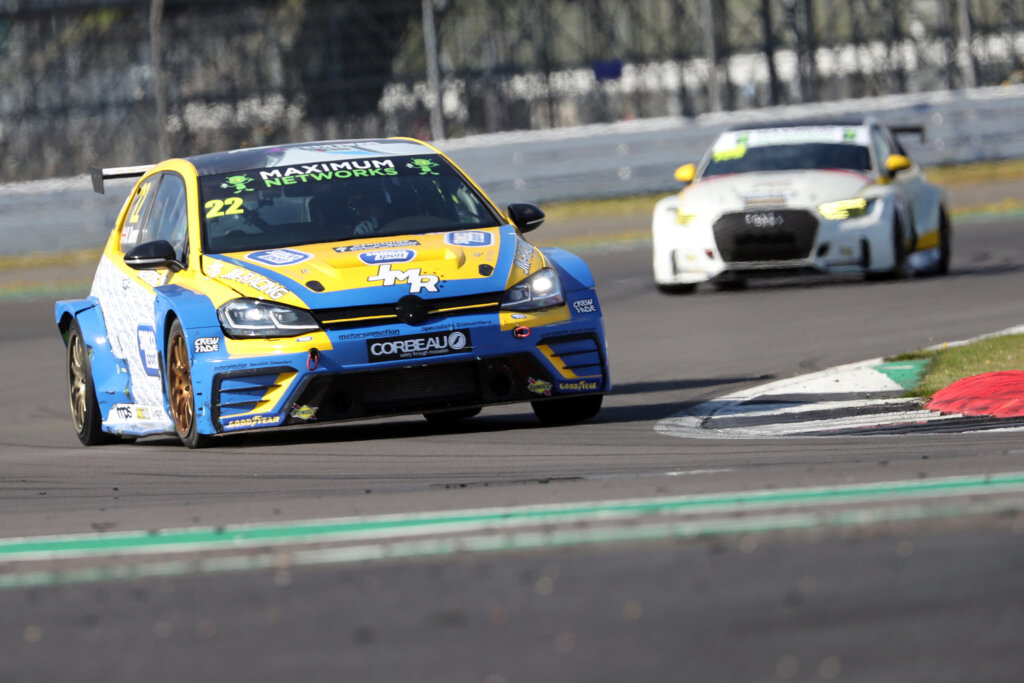 With 18 minutes still to run, Depper caught Turner’s bright blue and yellow Volkswagen, hunting him down for his second win of the weekend. The pair were not going to be separated any time soon as Depper made the first move into Stowe, but it was nip and tuck between the two, constantly swapping position as the laps counted down.

A move by Depper into Abbey resulted in contact between the pair that appeared to damage the bodywork of his Scirocco. This handed back momentum to Turner who was quick to retake the lead, if only for two laps as the green Maximum driver was back in front by the time the Touring Car Trophy cars caught them.

Turner again pulled ahead in the closing minutes only for Depper to brake check the teenager into Chapel, pushing him out of the way. This would be the final move of the race, but one that would see the #33 penalised, dropping him to second.

Over the line, a mere 0.4 seconds split the top two and despite their battle, still managed to pull a 15 second gap to Jeff Alden. The 52-year-old completes a double podium to leave the weekend second in the championship standings. Learning from his race craft in the opening encounter, Alden pulled away from Chris Wallis who was unable to match the pace of the Matrix sponsored Golf. Russell Joyce would cross the line a further lap down having had to make a pitstop to repair his car. 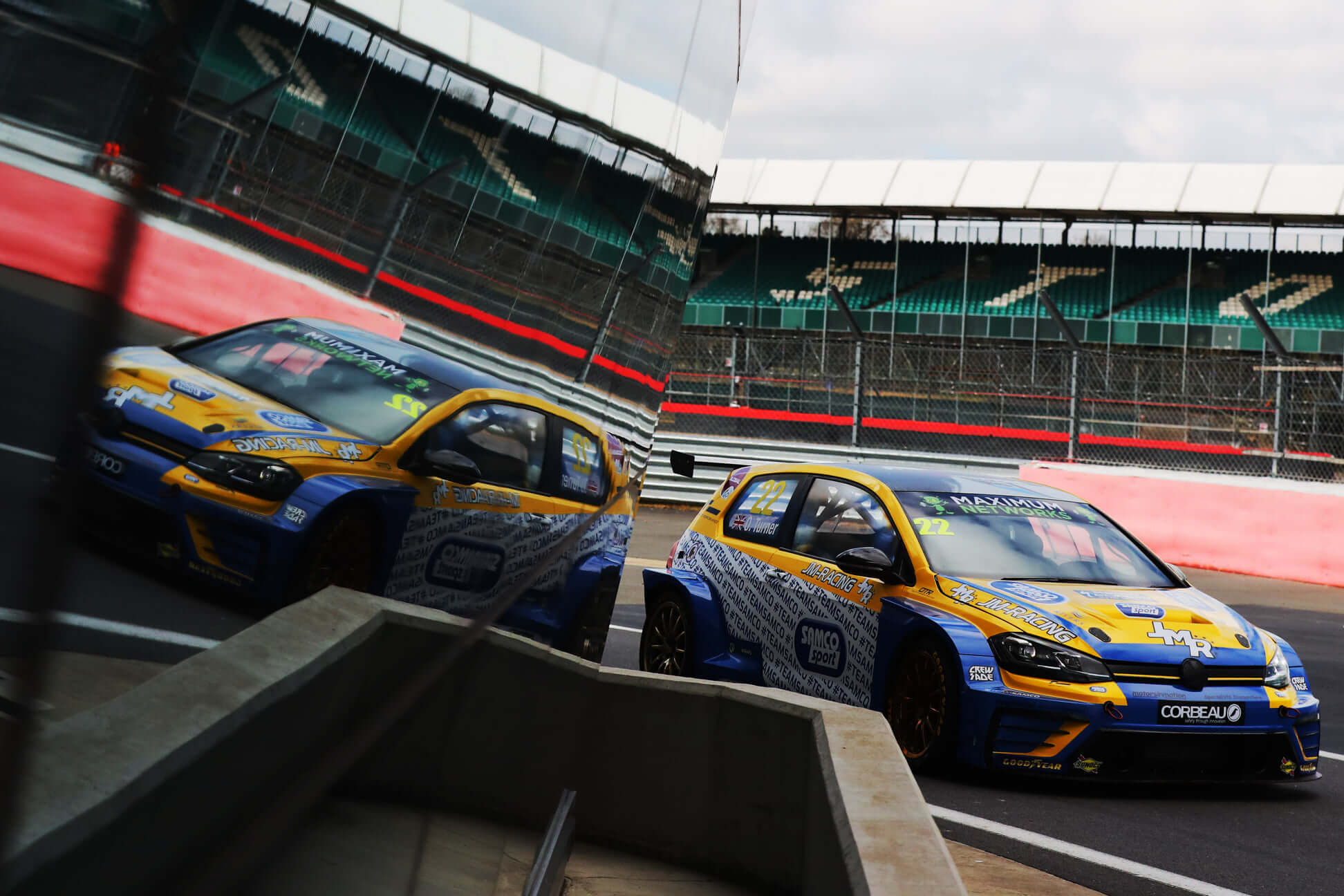 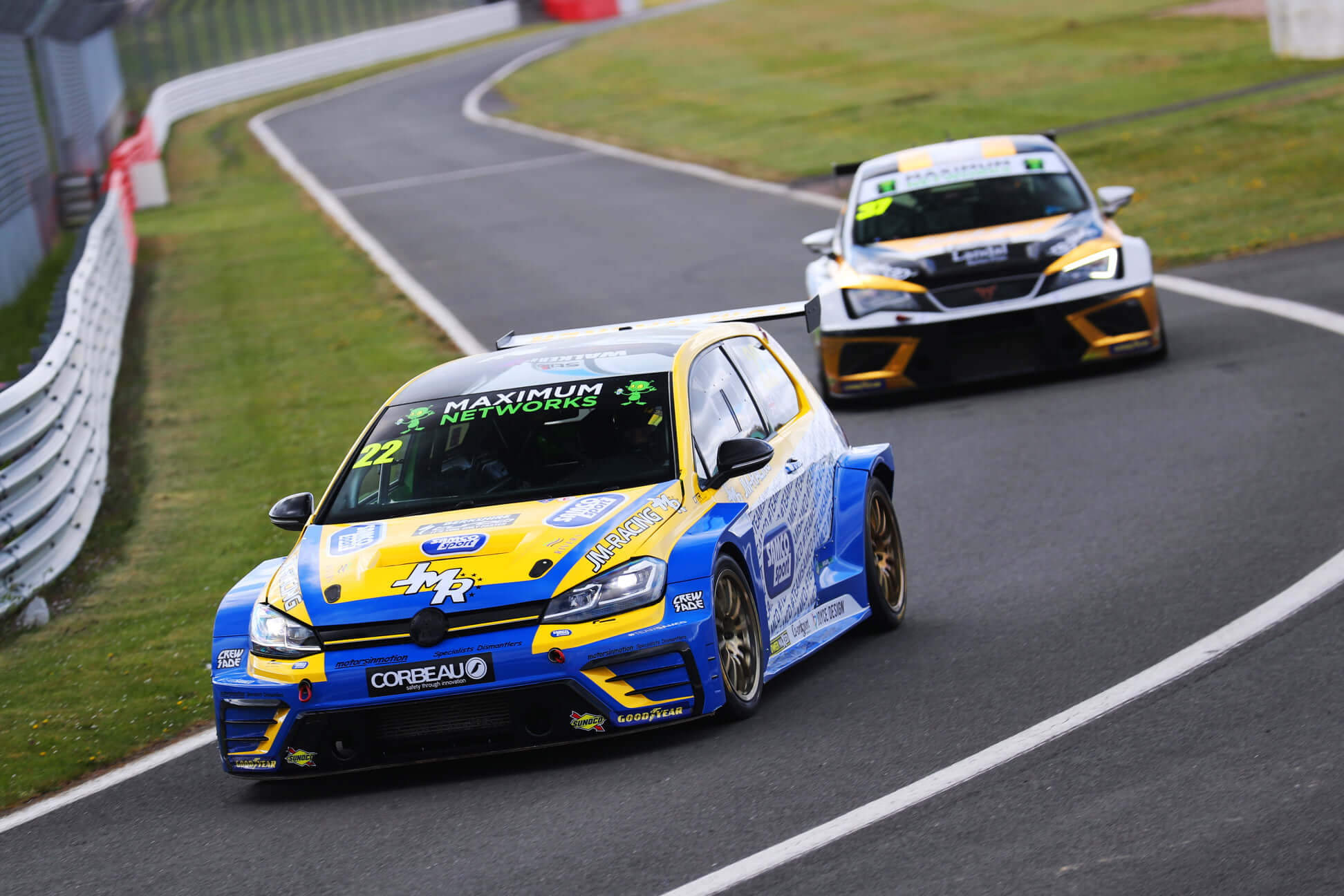 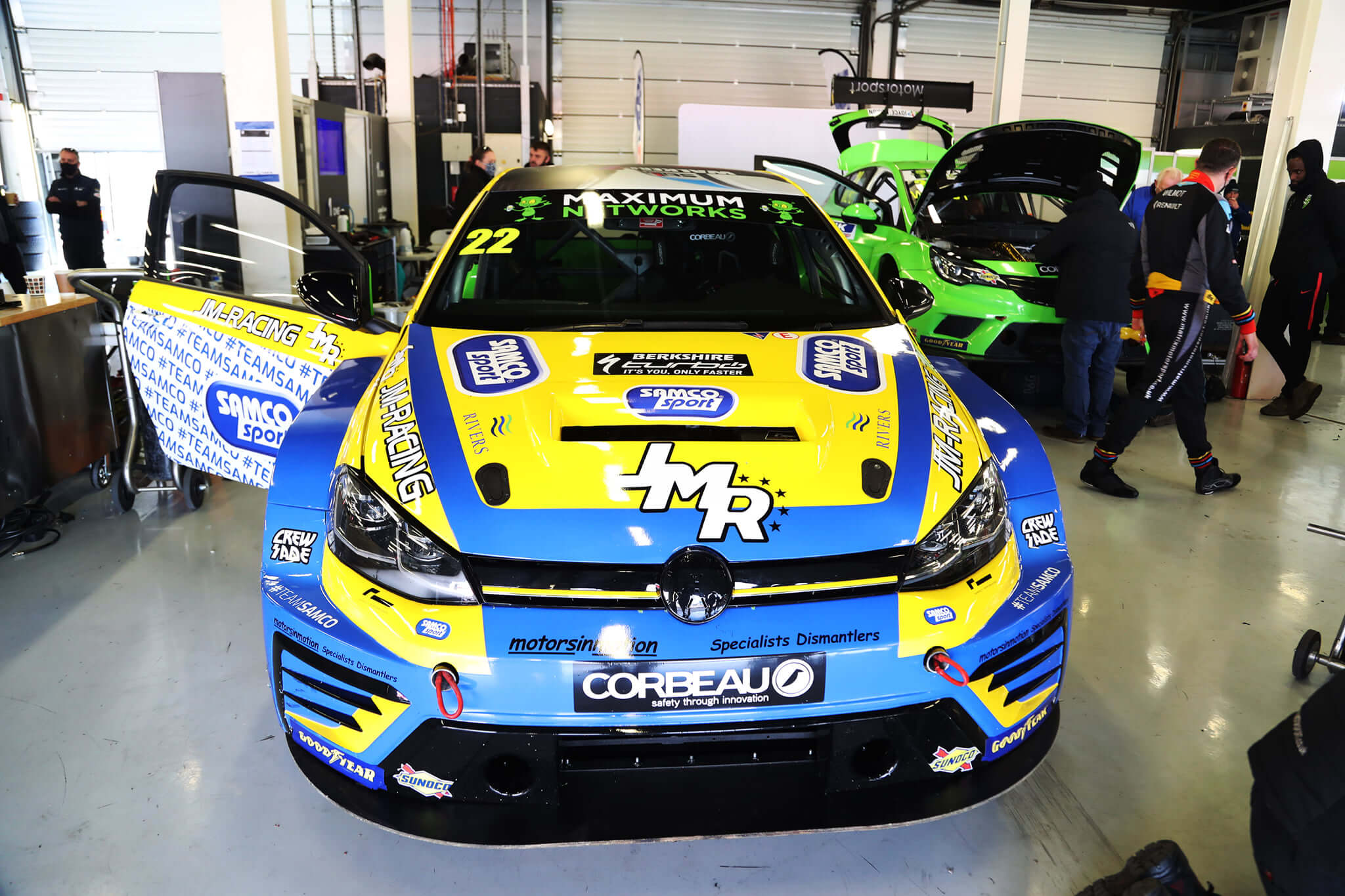 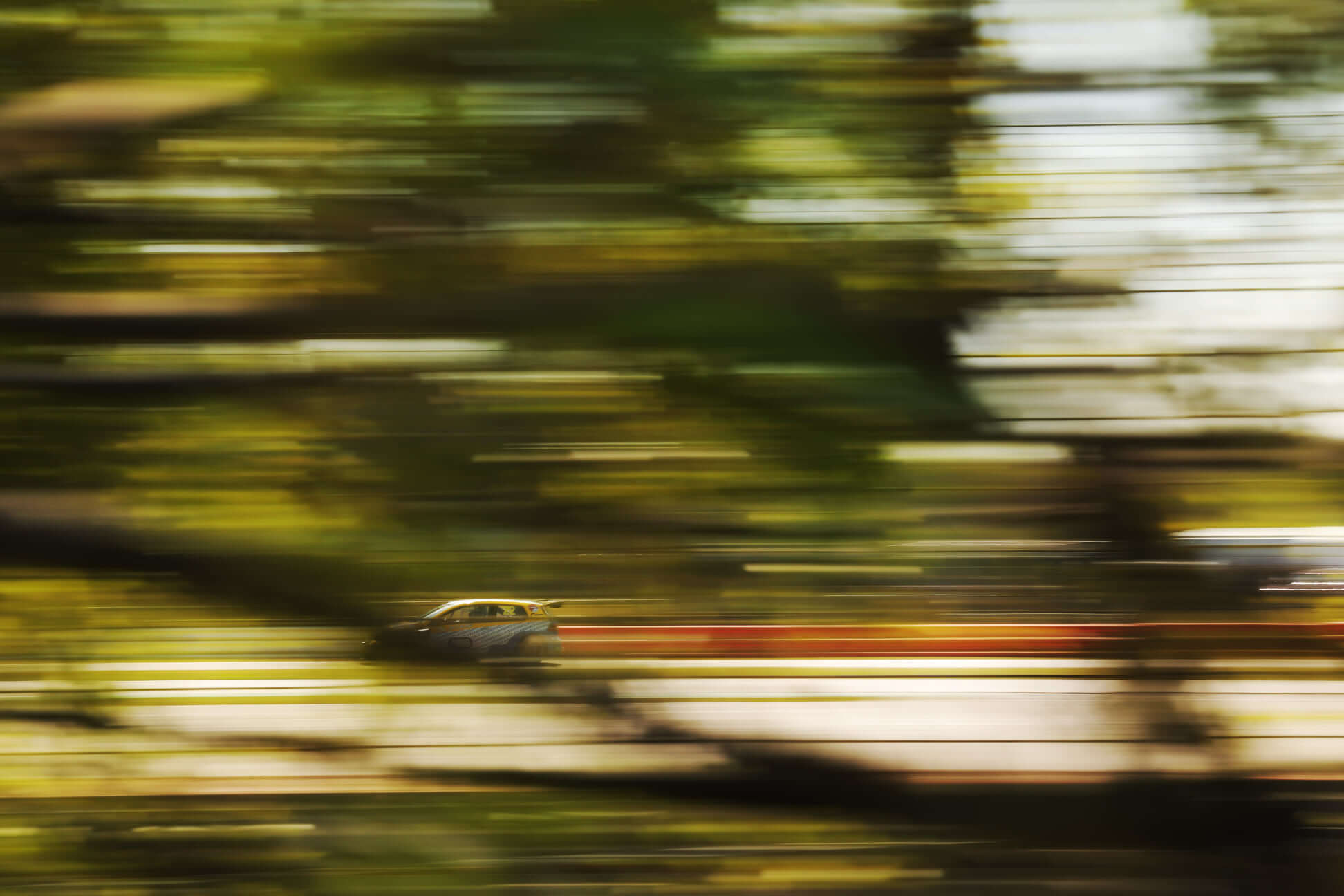 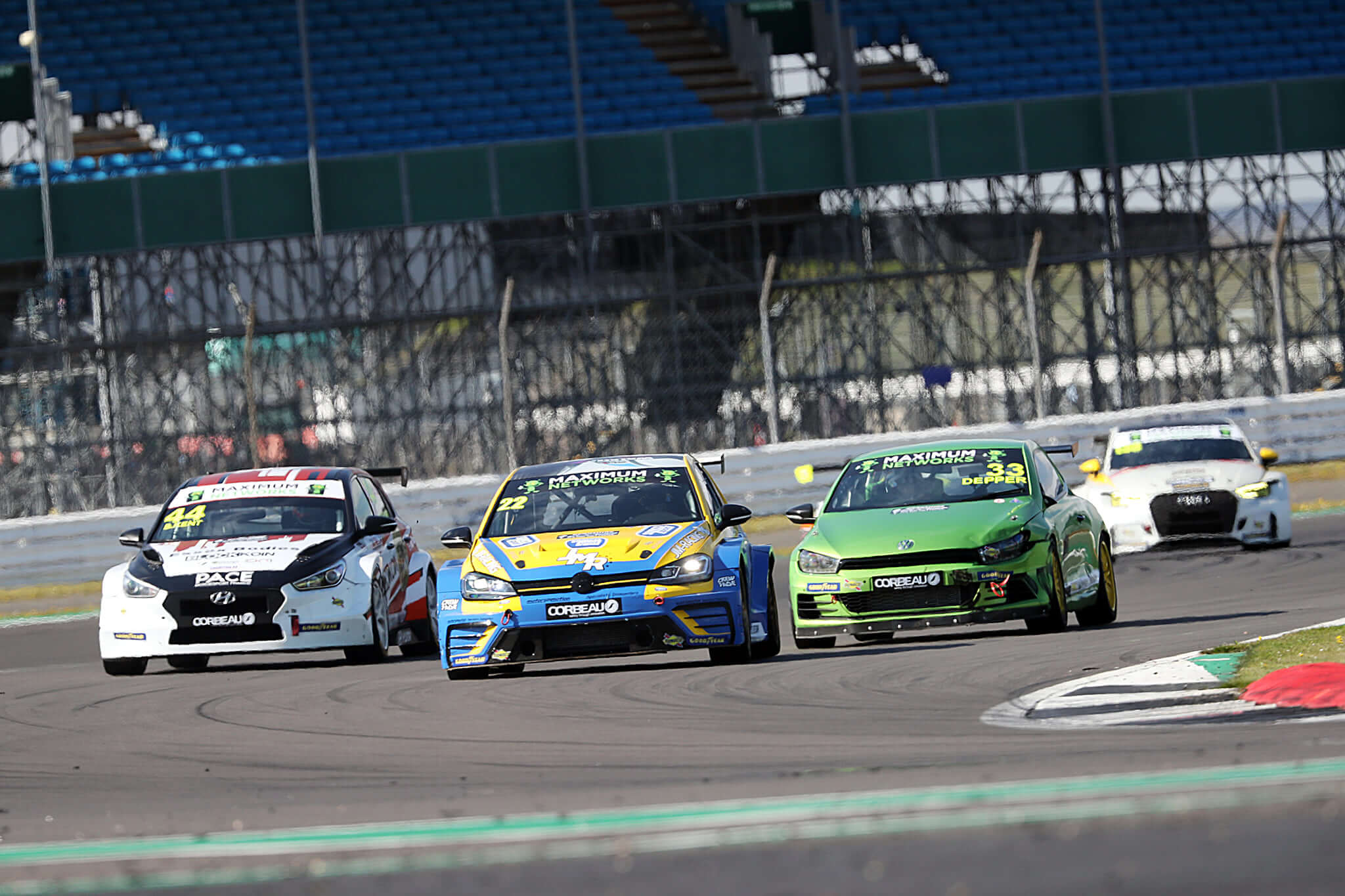 Speaking after the race, a delighted Turner said;

“I’m feeling good. I had a strong race with myself and Jack, but in the end the clerks decision was to reverse the result and give Jack a ten second penalty. It worked out in my favour but we’ve both had a strong weekend. I just want to thank my sponsors, Samco Sport and JM Racing for giving me a wicked car.”

“Not sure what to say this week has been a busy one. To qualify on Pole and to come back from a mechanical in Race 1 to set the fastest lap and then P1 in race 2. So please to pull out a result for the team and to get so much air time for TV, I really am happy generally with my performance.

Peak Performance Reviews for the support #teamsamco Fleet Livery Solutions Ltd WeCrewsade Evesham Leisure Centre #barc Motorsport UK Academy Hype Creative for my fantastic custom Sparco kit! Mum as sports coach and nutrition, dad as taxi and second photographer MR JamSport Racing for the mentoring and data (which never lies). On the coms Dave Goddard and Paul O’Neil and the guys at VW Cup / TCR /TCTfor a great weekend. Well done to all the other drivers! And thanks to all the supporters at home watching and all the amazing encouragement means so much. 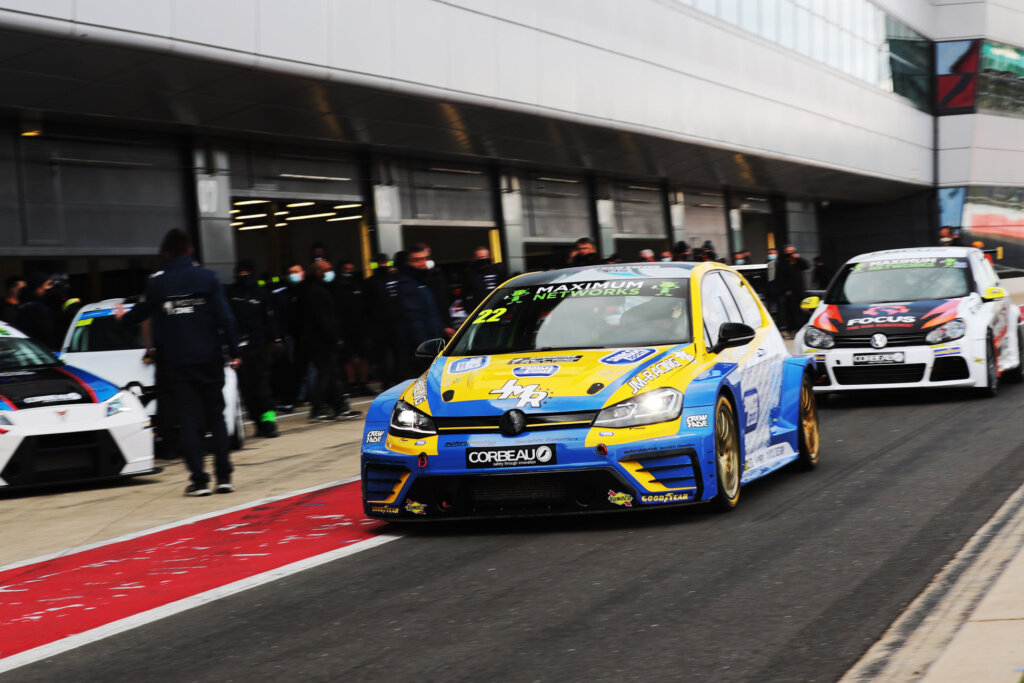 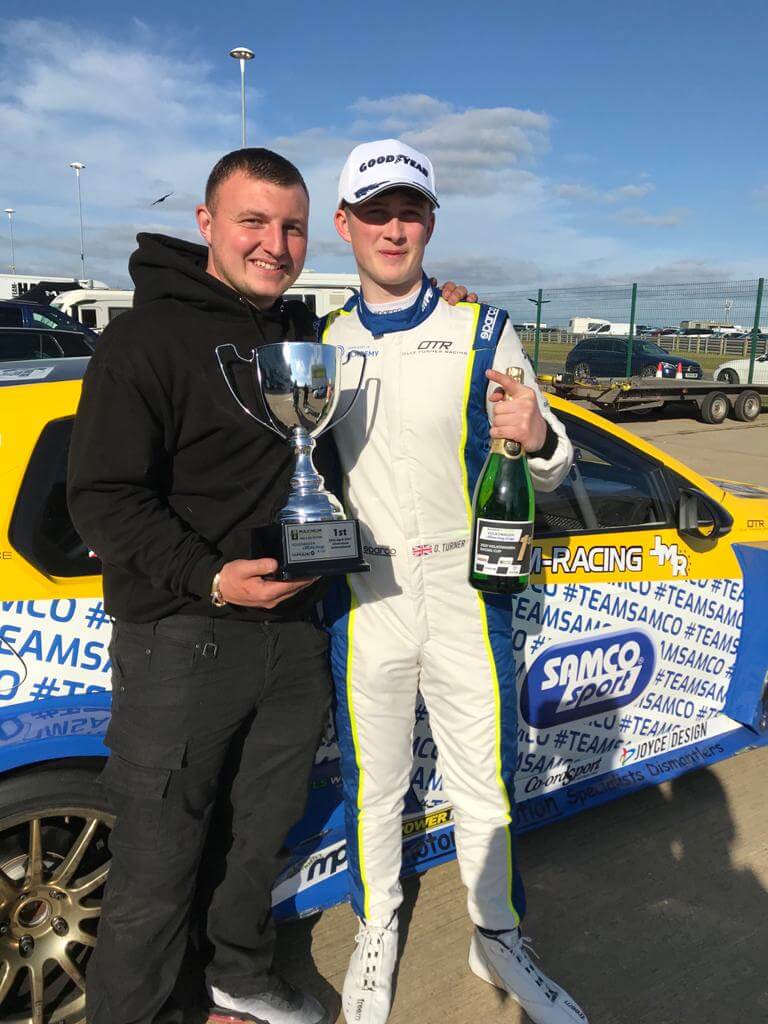