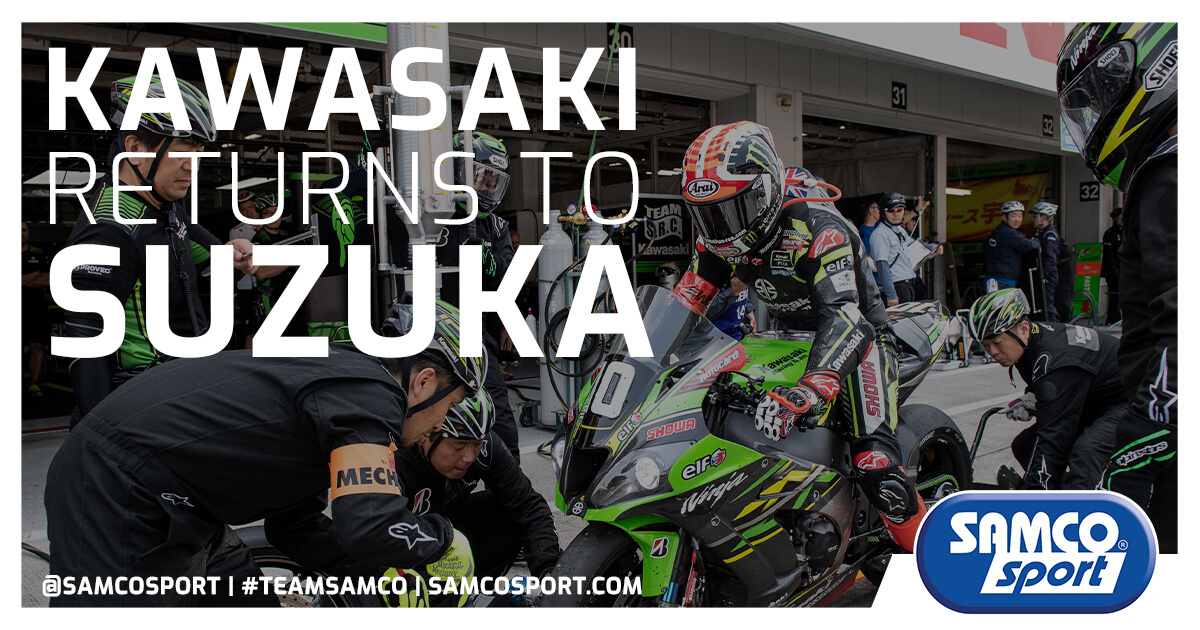 Victors in 2019, Kawasaki will return to Suzuka in 2021 with a three-man team featuring both KRT WorldSBK riders and a former WSS600 championship winner. Running under the banner of “Kawasaki Racing Team Suzuka 8H”, the official factory entry will seek success in the 2021 FIM Endurance World Championship “Coca-Cola” Suzuka 8 Hours event.

Cancelled in 2020 due to the worldwide pandemic, the Suzuka 8 Hours is one of the world’s most prestigious motorcycle races and figures prominently on the agendas of Japanese motorcycle manufacturers as a “must win”.

Fielding the new 2021 Ninja ZX-10RR, the Kawasaki entry for this year’s Suzuka event will be guided by Provec, the company that manages Kawasaki’s World SBK team, KRT. The three-man squad is entirely populated with previous Suzuka winners in the form of Jonathan Rea and Alex Lowes plus rising star Lucas Mahias who, having won the 2020 WSS600 Championship, has moved to the WorldSBK stage riding for Puccetti Kawasaki. 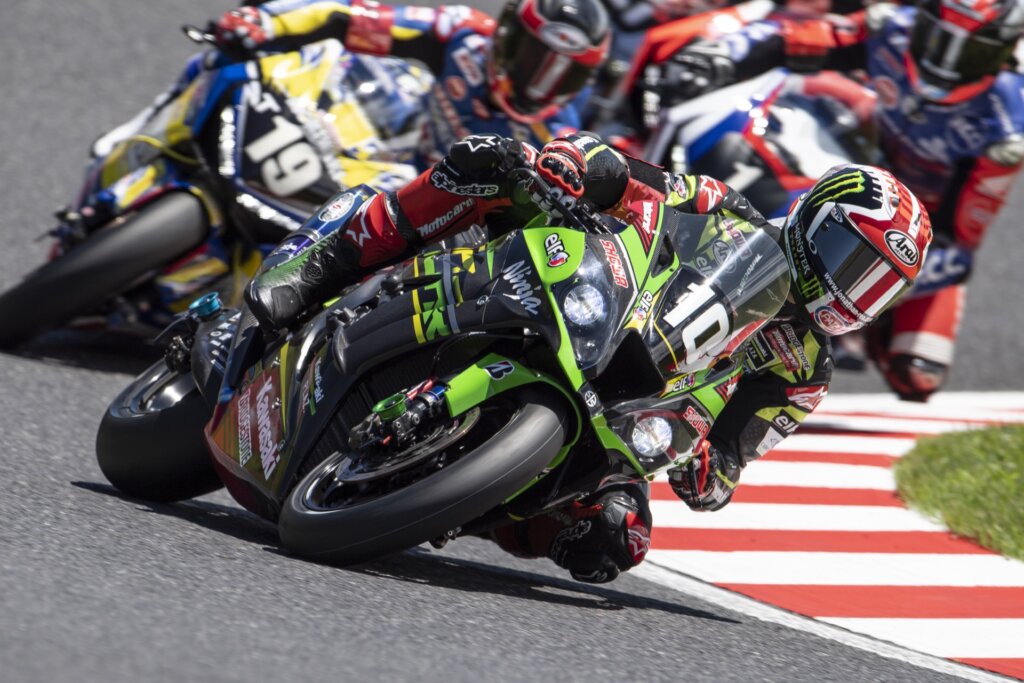 After three rounds of the championship on the new Kawasaki Ninja ZX-10RR Rea leads by 20 points, with Lowes fourth overall. Lowes scored three podium finishes during the opening round, while six-times champion Rea has taken nine podiums in nine 2021 season races, including four race wins.

Since the most recent race weekend, at Misano World Circuit Marco Simoncelli in mid-June, Rea and Lowes have tested at the all-new WorldSBK venue of Navarra in Spain. They approach Donington well-prepared ready to put on the best possible show for the small number of enthusiastic fans allowed into Donington this weekend.

Both Jonathan and Alex see their home round as an ideal base from which to build even more momentum to take forward into what is scheduled to be the remainder of a long 13-round/39 race season.

The layout of Donington features two strongly-contrasting sections. The first is almost exclusively compromised of medium-to-fast curves and several changes of elevation. The final Melbourne Loop section features hard braking and acceleration zones with one chicane, one right hand hairpin and one left hand hairpin leading onto the short 550m start/finish straight. Overall bike set-up is, by necessity, a balance between optimum performance in the faster and slower sections.

Unusually, there will be no WorldSSP races at Donington, nor a round of the WorldSSP300 championship. Both those classes will rejoin the WorldSBK calendar at Assen in the Netherlands between July 23-25. 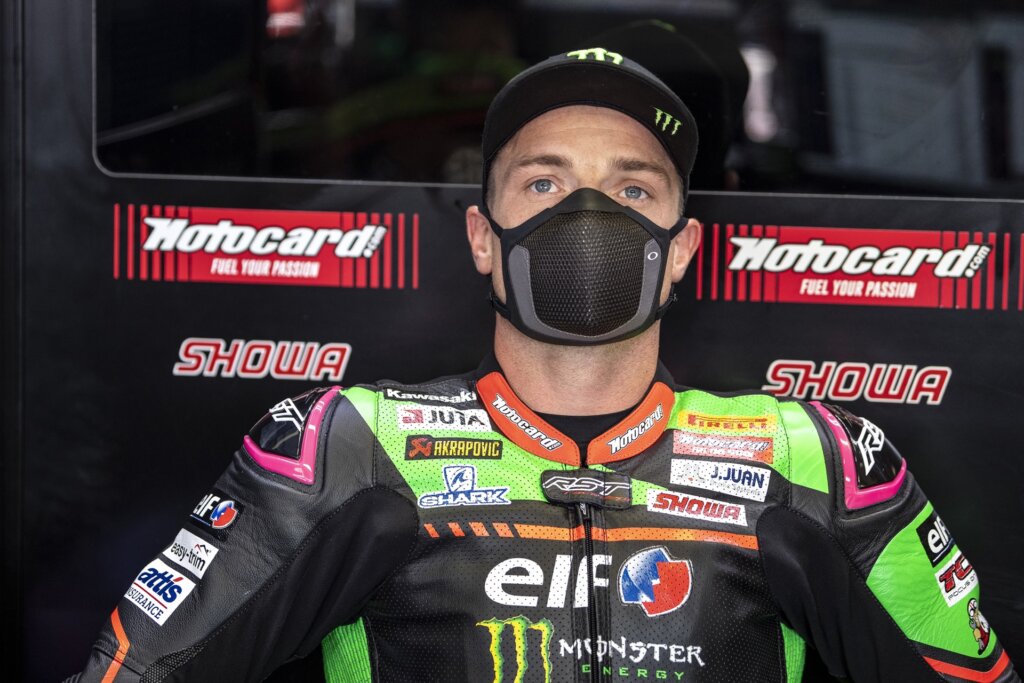 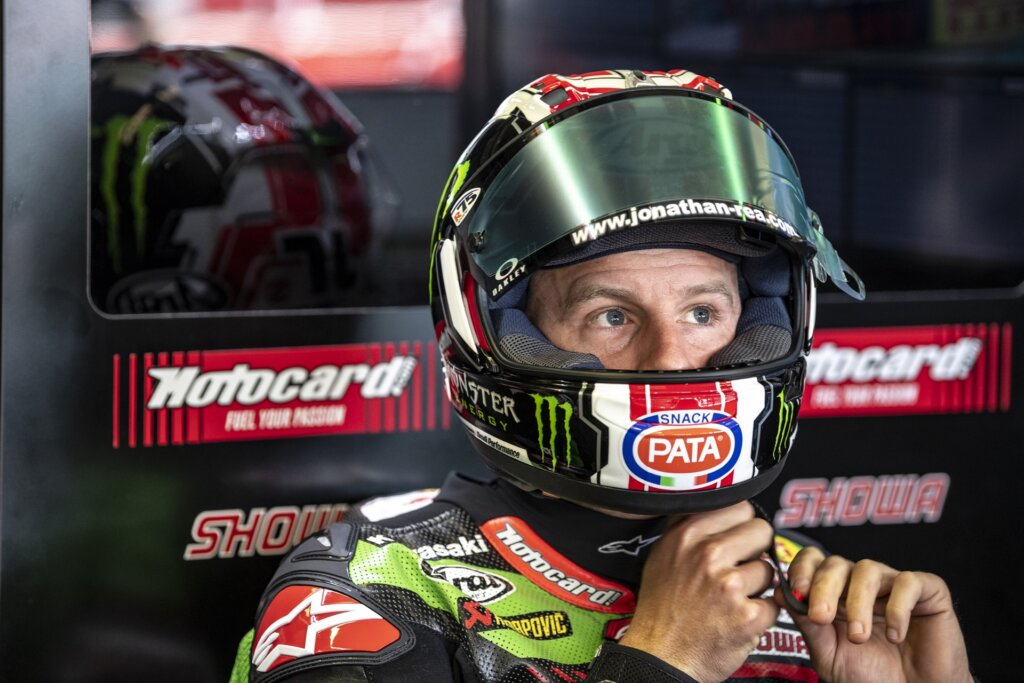 Jonathan Rea (Kawasaki Racing Team Rider): “I am so excited that I will be part of KRT and Kawasaki factory taking part in the 2021 Suzuka 8 Hour race. I’ve been on the podium four times now at Suzuka, and my fondest memory was winning the race for Kawasaki in 2019. Unfortunately, we couldn’t do the race in 2020 due to the global pandemic going on, but we’ll be back in 2021 and I promise I will be making my best efforts to do the best for Kawasaki and all our fans.”

Alex Lowes  (Kawasaki Racing Team Rider): “I’m delighted that I’ll be part of the KRT Kawasaki factory racing team for the 2021 Suzuka 8 Hours. Already I’ve been on the winning team three times at Suzuka. It’s a fantastic event and a really great circuit – one of my favourites. Now I’ll have the chance to push for a Kawasaki win on the latest Ninja ZX-10RR. I’m really looking forward to being part of this famous race again. We have a great team, and the Ninja is an amazing machine”.

Lucas Mahias (Kawasaki Puccetti Rider): “I’m happy that I will be part of the KRT Kawasaki factory team taking part in the 2021 Suzuka 8 Hour race. Racing in Japan is always very special, and Suzuka 8 Hours is a world-famous race. It is so good to return to Suzuka after the 2020 pandemic. For all the Kawasaki fans, I promise that we will make the best preparations and I will do my best to be part of the winning team at Suzuka.” 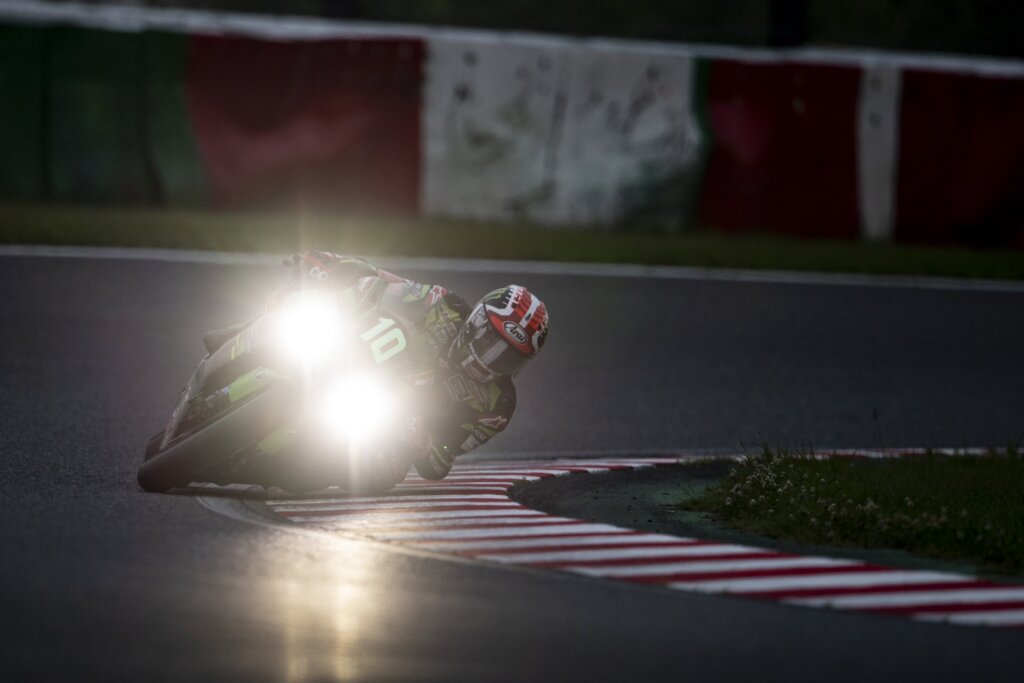 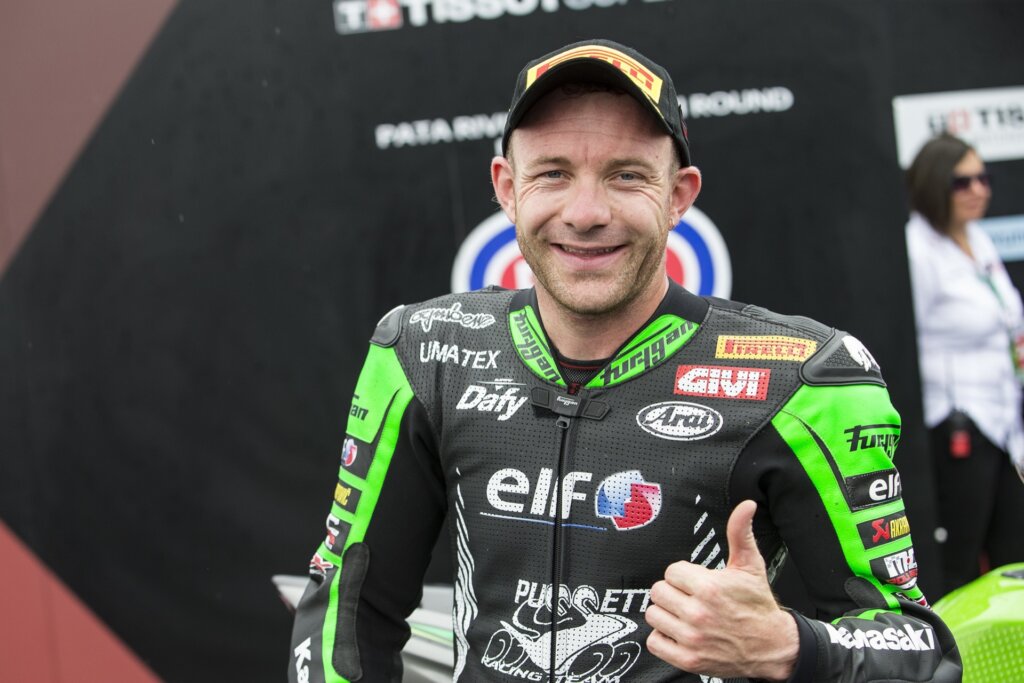 Guim Roda (KRT Team Manager): “The Suzuka 8 Hours is a global event, and it profiles not just the endurance of riders across these many hours but also the durability of the motorcycle. I’m sure Johnny, Alex and Lucas are the perfect weapons for this exciting challenge. Our job at Provec on behalf of KRT and the Kawasaki factory is to manage not just rider performance but also to work alongside the factory race staff to produce a Ninja ZX-10RR that is both fast and durable plus easy to maintain during pit stops and scheduled rider changes.I know this year’s 8 hour race is a big effort and commitment from many people to try come back to normality after a hard 2020 Covid year and not such an easy recovery back to “normal” in 2021. So will fully support this event to make sure the show goes on and we’ll work together with KHI to make the best result, for all fans and for all the world!”. 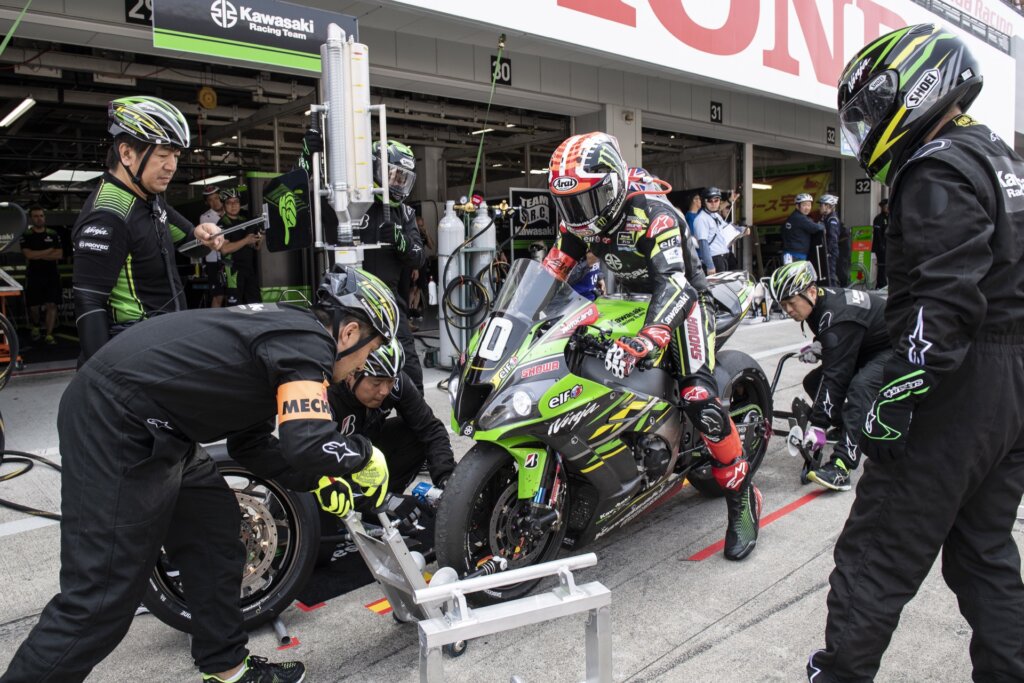