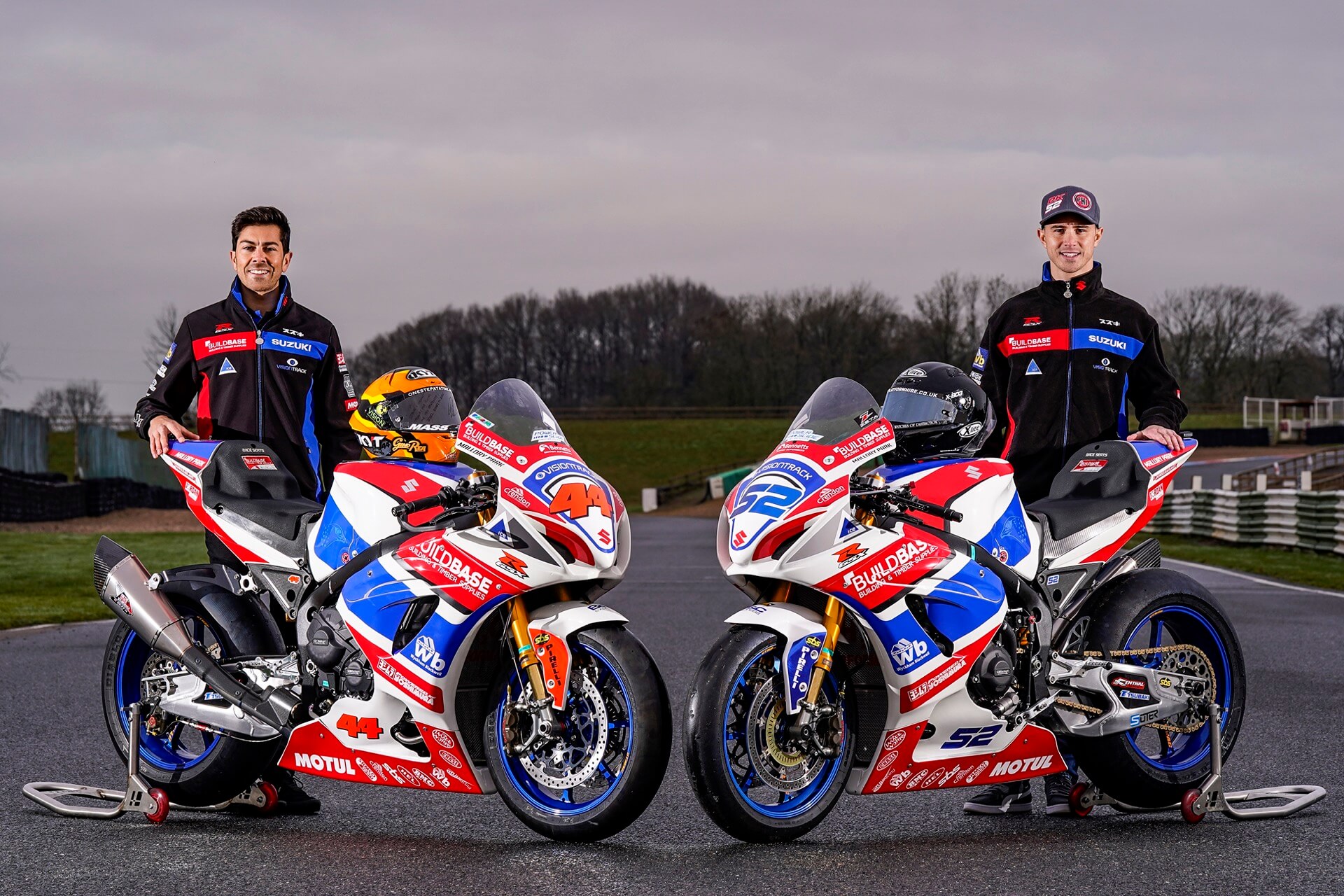 SamcoSport® is proud to announce our continued partnership with Buildbase Suzuki for the 2021 Bennets British Superbike Championship.

Buildbase Suzuki has announced that Danny Kent and Gino Rea will ride its GSX-R1000R superbikes in the Bennetts British Superbike Championship in 2021, while Tim Neave remains with the Mallory Park-based squad and will contest the National Superstock 1000 Championship.

With a Moto3 world championship under his belt Kent’s talent and ability are without question, and now with a season of Superstock 1000 racing behind him, helping him become acquainted with UK circuits and litre sportsbike machinery, the grand prix ace is looking to transfer that skill and experience to superbike racing. 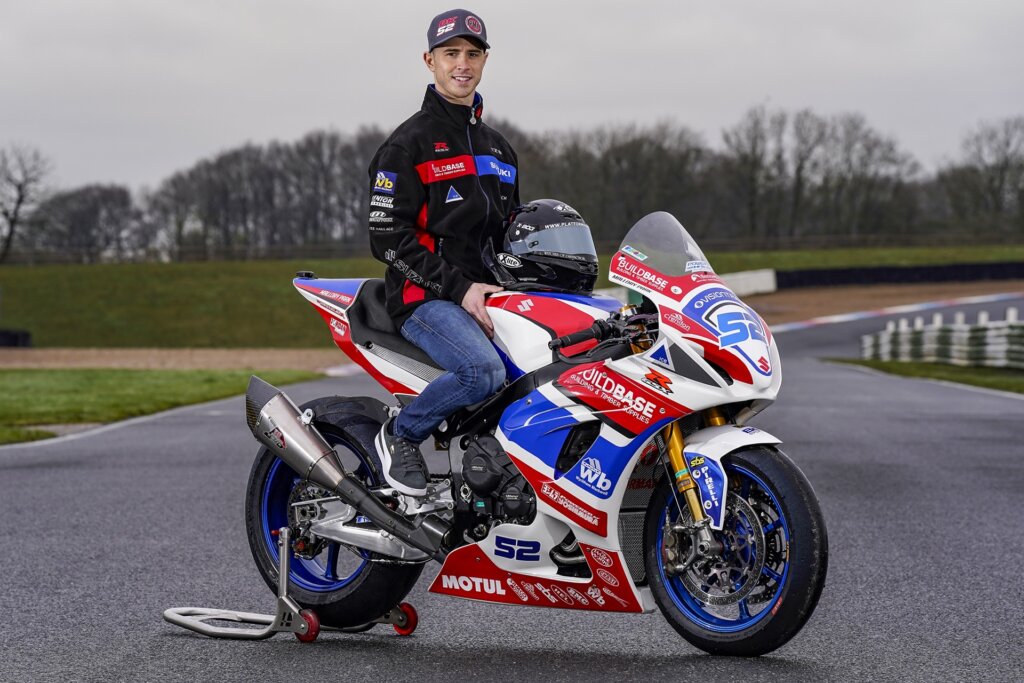 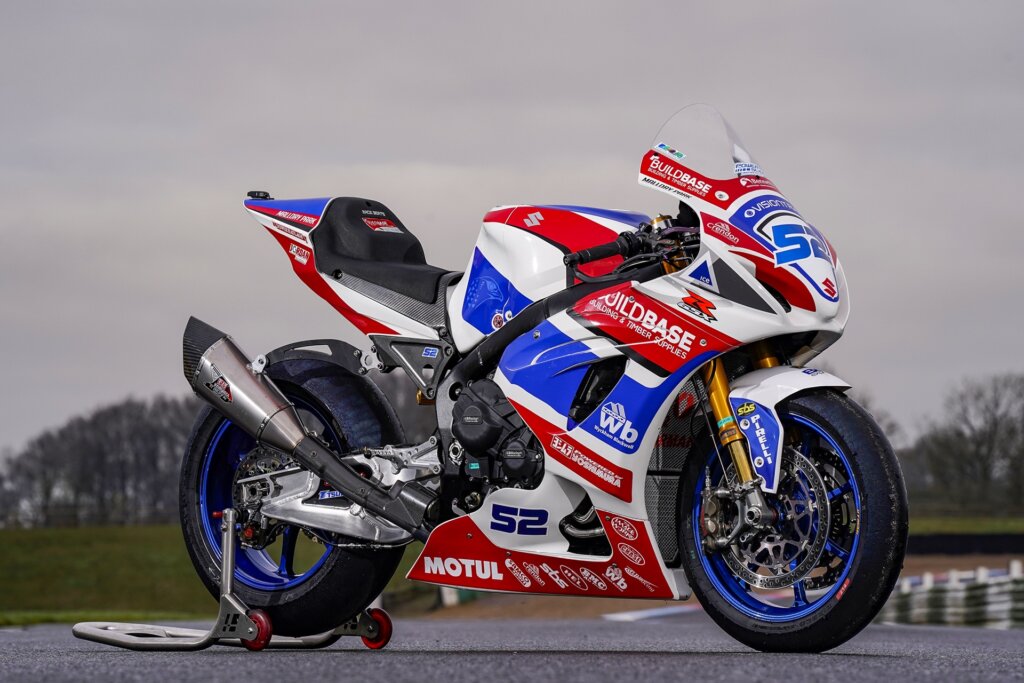 The 2015 Moto3 world champion said, “I’m really motivated and happy to be joining the Buildbase Suzuki team and I’m looking forward to riding the superbike. I think a lot of people will know that my career has had both the highest highs and the lowest lows in recent years, with 2019 being a particularly low point, so I’m really grateful to Steve and Stuart [Hicken – team manager and owner] for this opportunity. Last year I was able to take a step back and I had a good season in Superstock 1000, where I could spend more time learning how to get the best out of a 1000cc machine and prove to people I could still race a bike, and obviously I won at the last round. Moving to a superbike, I think my GP experience could mean I’ll manage quite well as I’m used to a stiffer chassis setup, racing swingarms, slicks, things like that, but I also know I still have a lot of learning to do; getting used to just the speed of the bikes, and some UK tracks I’ve either not been to or not raced at since 2007. But I also know I’m joining a team with a lot of experience and a proven record of winning races and championships. I’m setting expectations high: I’d like to be in the Showdown at the end of the year, so hopefully we can have a good winter and find a good direction with the bike setup, and I’m excited to get started.”

Kent joins a fellow world championship competitor at Buildbase Suzuki, with Rea remaining with the team after an impressive – albeit shortened – campaign in 2020. Joining the ranks after the first round had taken place and with no preseason testing, Rea still managed to enjoy time leading races and took a best finish of fourth at Donington Park. 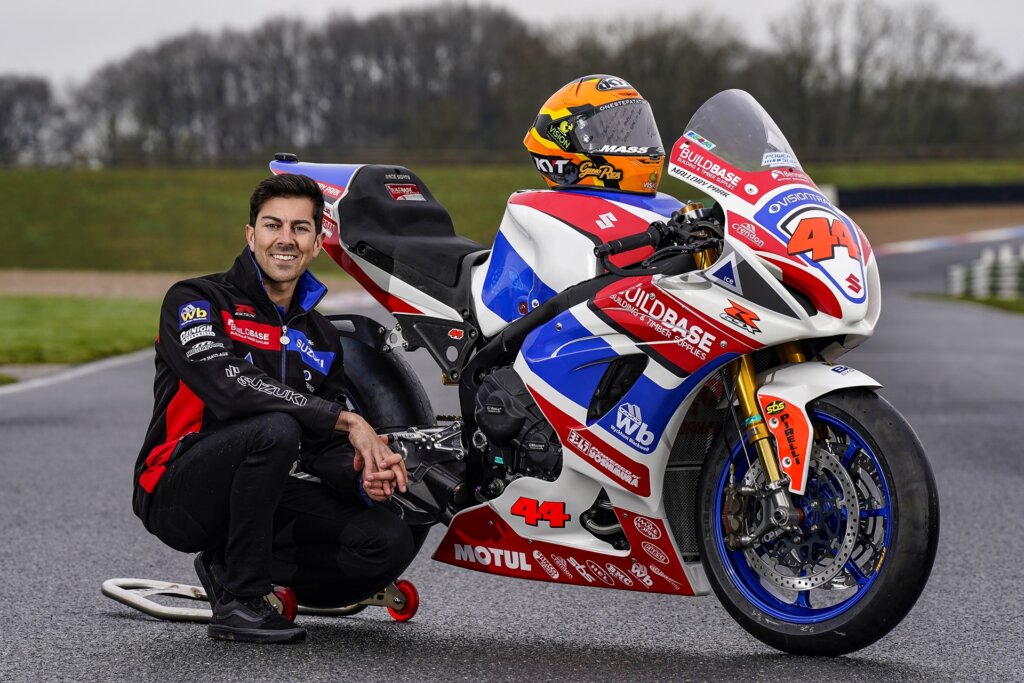 Rea, the 2009 European Superstock 600 champion and Moto2 podium finisher, said of re-signing with the team for 2021, “I’m really excited to be staying with Buildbase Suzuki for 2021. Hawk Racing is one of the oldest and most experienced teams in BSB and I’ve had a lot of respect for everyone involved since stepping into the championship, so I’m very thankful to Steve and Stuart for the opportunity to race for them again. After joining them last year and seeing the progress we made, which resulted in leading my first BSB race with them, it’s the perfect scenario to continue together and build on our hard work from last season. Steve and Stuart are so passionate about their racing which makes it nice and a refreshing environment to be in. I’m looking forward to getting my head down and working hard to build on our results from 2020 and give the team the results they deserve.” 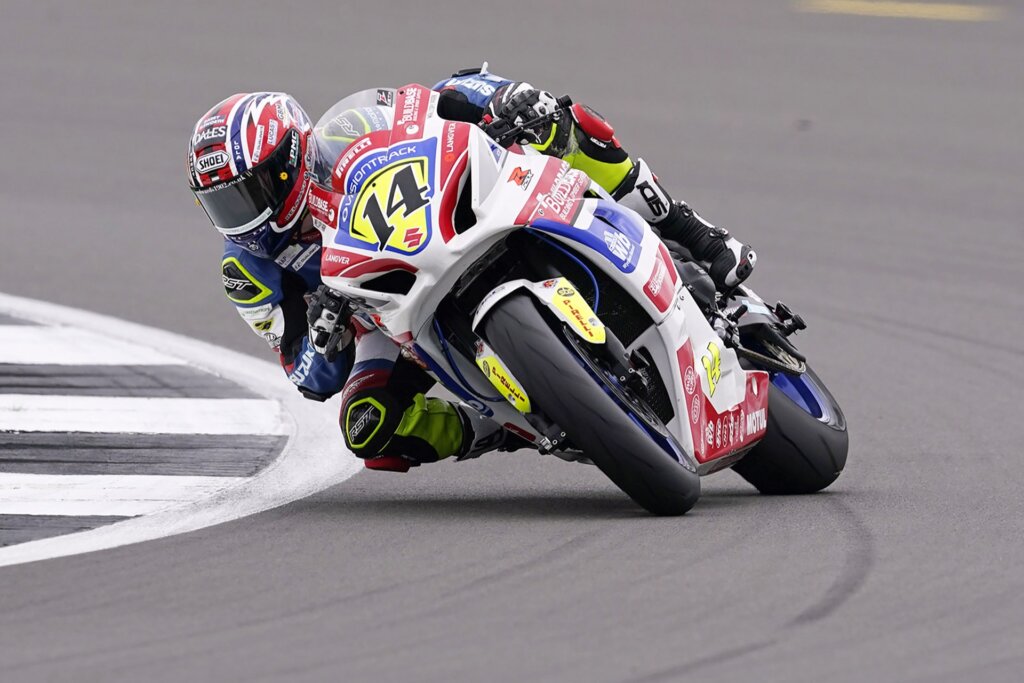 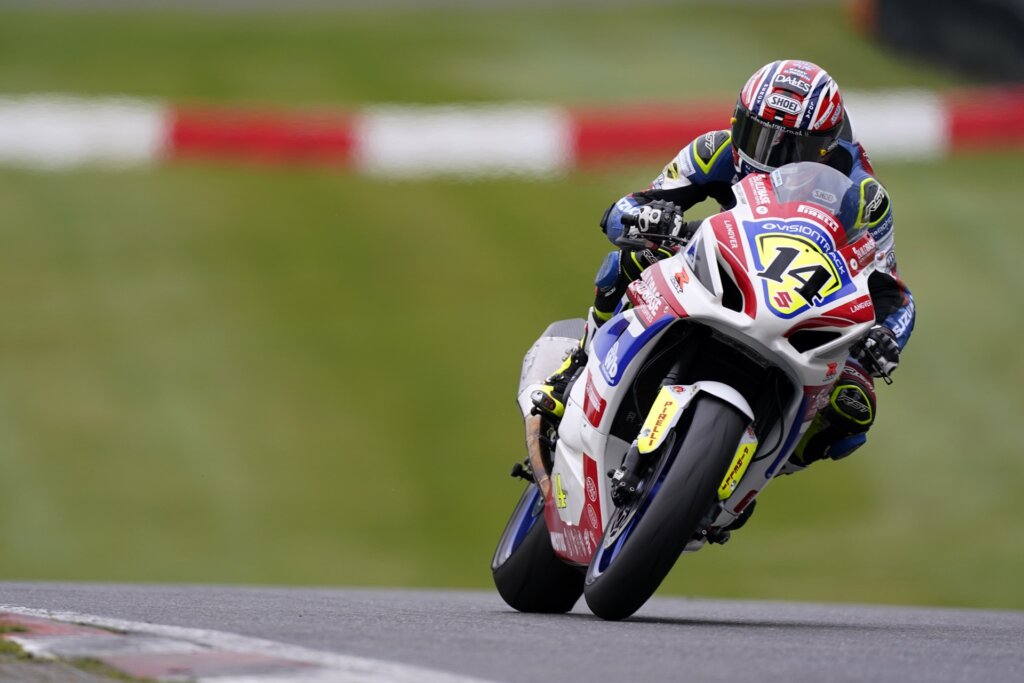 Tim Neave remains with the team after a successful year onboard GSX-R1000R machinery in 2020, which saw the youngster pick up his first win in the Superstock 1000 Championship at Silverstone.

The Lincolnshire rider – who is also a former UK Pro Flat Track champion and out-qualified Marc Marquez at the 2014 Superprestigio in Barcelona – said, “I’m over the moon to be staying with Buildbase Suzuki this year and I’m looking forward to another season on the GSX-R1000R. Remaining with the team fills me with confidence because I know we can build on a very successful 2020 that saw us take our first win together, and the goal this year is definitely to fight for the championship.” 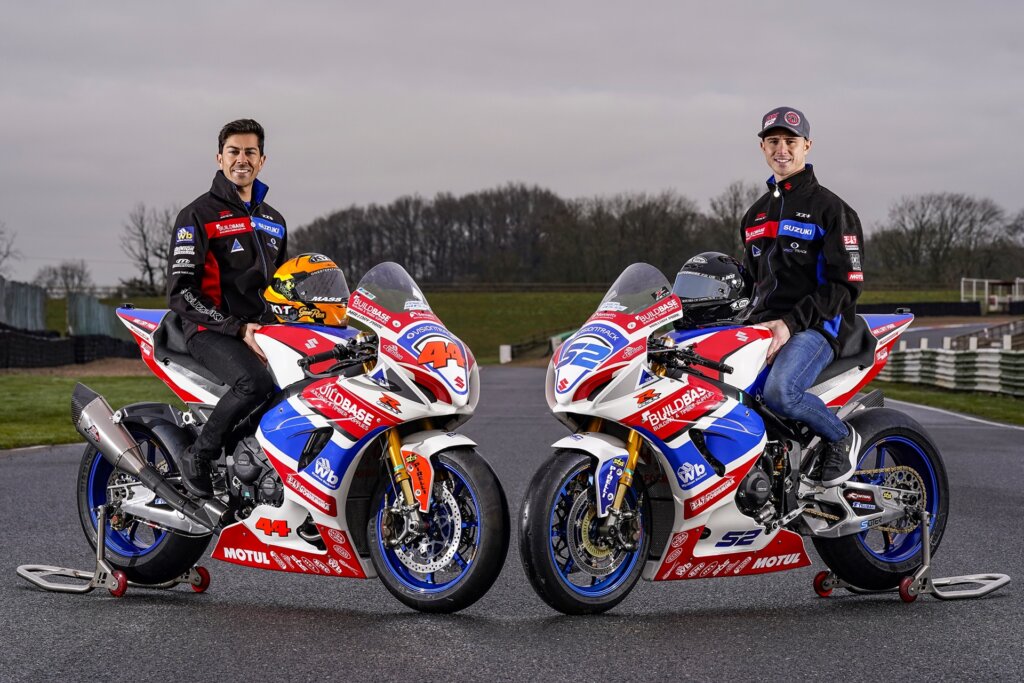 Buildbase Suzuki team manager, Steve Hicken, commented on the team’s 2021 rider lineup, saying, “I think we’re going to have one of the most talented rider lineups on the grid this season. As a world champion at Grand Prix level Danny’s ability is beyond question, and while he’s still relatively new to big capacity production bikes we saw him win in Superstock last year, and I think he’ll be able to adapt to the superbike very quickly and will be very exciting to watch.

“Gino’s credentials also speak for themselves as a European champion and podium finisher in Grand Prix, and I think some continuity in BSB after a couple of unsettled years will help him show his best. We started to see what he could do at the tail end of last year – leading and fighting for a podium – and hopefully we can pick up from where we left off and continue that form from the off this season.

“We’re also really pleased to be continuing with Tim this season after a positive 2020. Tim’s got bags of natural ability on a bike and we saw him really start to shine last year with a win and a lap record to add to his CV. We’ve made the GSX-R a superstock championship-winner, and hopefully we can put together another challenge this year.”