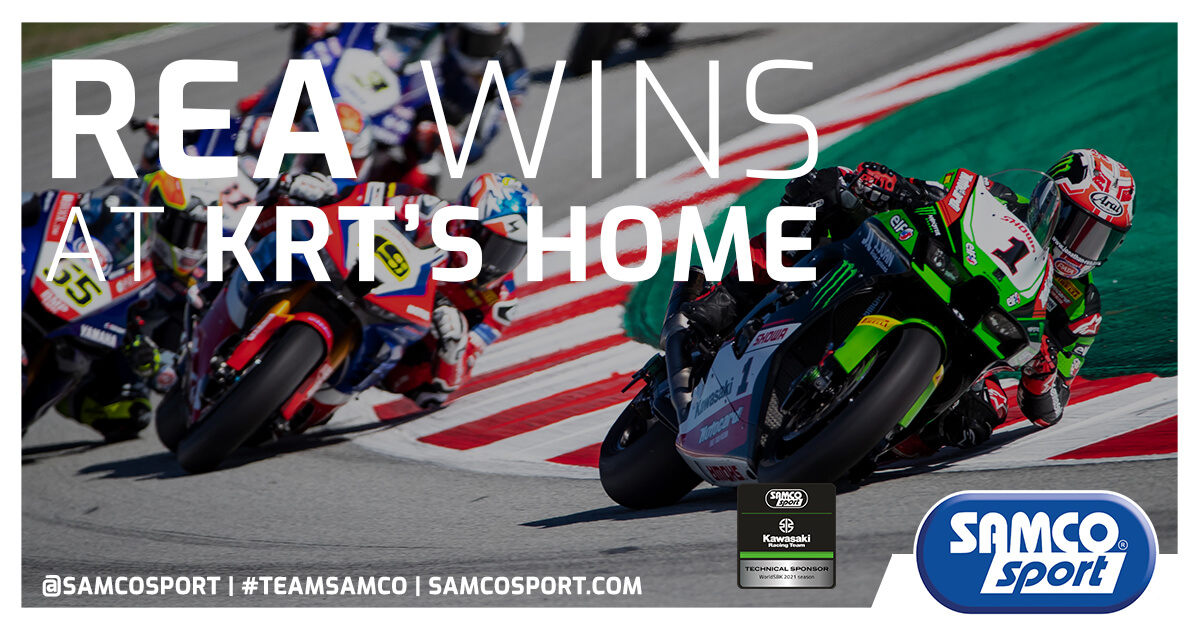 Jonathan Rea (Kawasaki Racing Team) took his tenth race win of the 2021 season in the Tissot-Superpole race and then finished sixth in the subsequent Race Two. Alex Lowes (Kawasaki Racing Team) was a battling fourth in the sprint race and then unlucky to crash after a collision with another rider in Race Two that saw him taken to hospital for checks on a painful hand and wrist injury.

Almost ideal racing conditions compared to a wet Race One on Saturday welcomed the final day of action at Barcelona – Catalunya and the races would be laden with drama of both welcome and unwelcome kinds.

In the morning Tissot-Superpole Race Jonathan Rea would win what was finally a very short five lap battle, after a red flag incident in the first attempted running of the planned ten-lap contest nullified that event entirely.

Rea fought hard from start to finish in the doubly intense competition once it began and beat his biggest championship rival Toprak Razgatlioglu by 0.211 seconds at KRT’s almost literal home circuit.

Lowes was on schedule to take a podium finish in the Superpole Race but eventually ended up fourth, scoring more valuable championship points for his efforts. 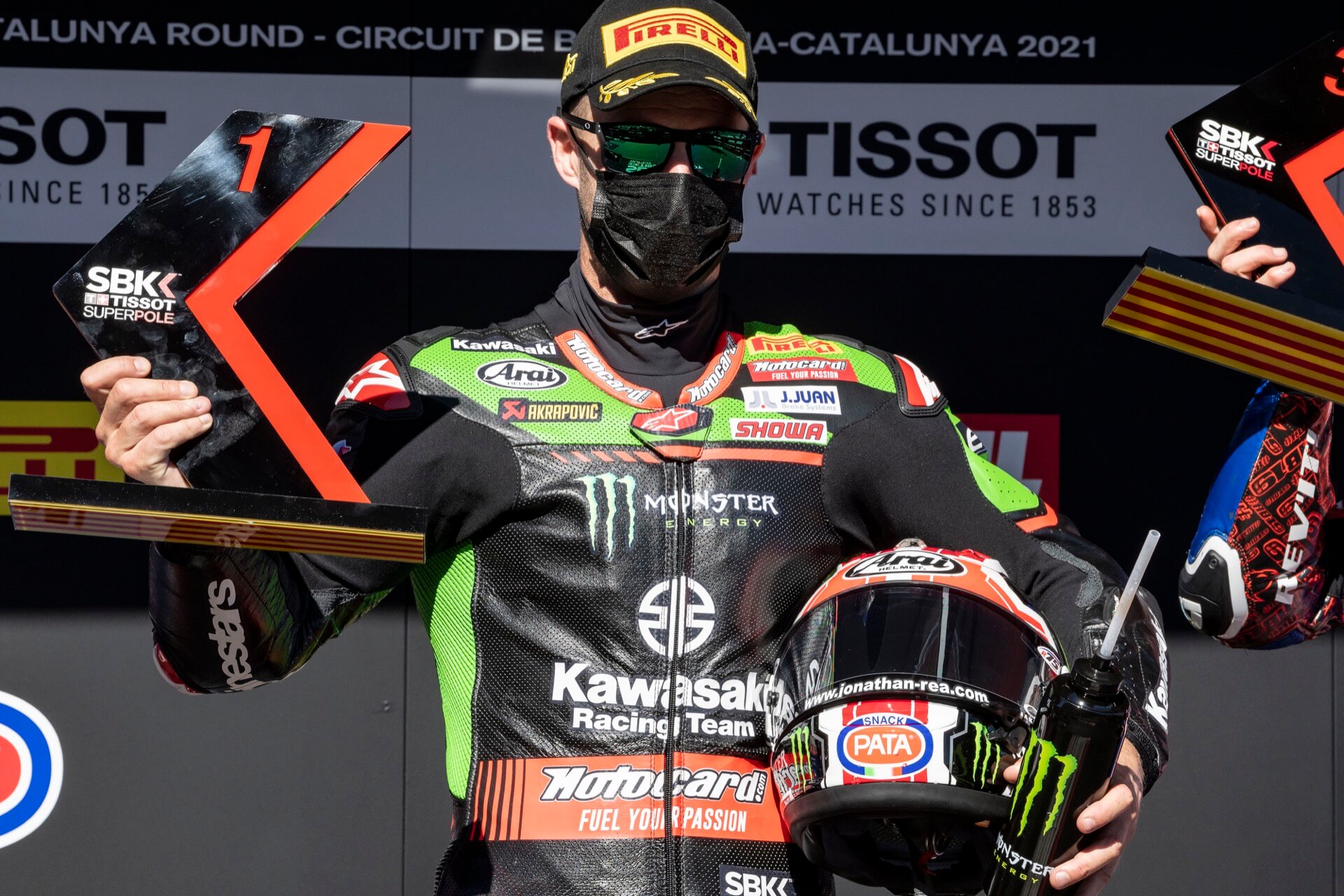 In Race Two another early red flag incident caused yet another delayed and restarted WorldSBK race, this time over 19 laps and not the scheduled 20.

For Jonathan it became a tough afternoon as he found issues in stopping going into corners and could not defend his track position after a strong start. He called on all his experience to finish sixth.

Lowes was unlucky to get tangled with another rider early in the 19-lap restart and he fell, was then struck by his own spinning bike and finally had another competitor’s machine fall on top of him in the ensuring melee, as the following riders tried to take avoiding action.

Alex is currently receiving a full medical evaluation of his painful hand and wrist at a local hospital.

In the fight for the championship Rea is just one point behind leader Razgatlioglu with nine rounds completed. Alex is sixth in the championship, just nine points from the rider in fifth place.

The next round takes place next weekend, at the Circuito de Jerez – Angel Nieto, between 24-26 September. 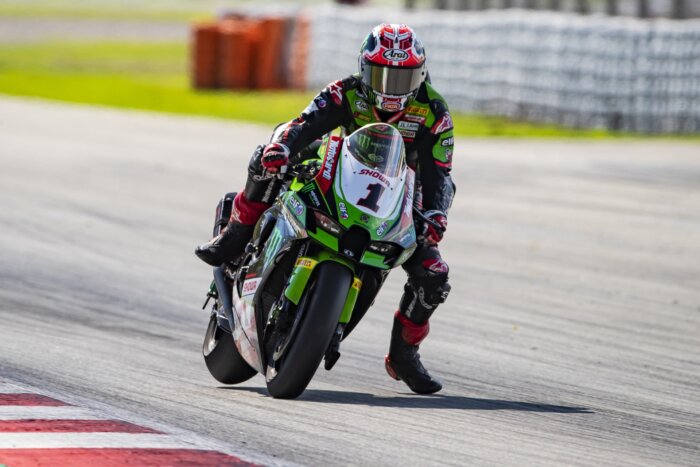 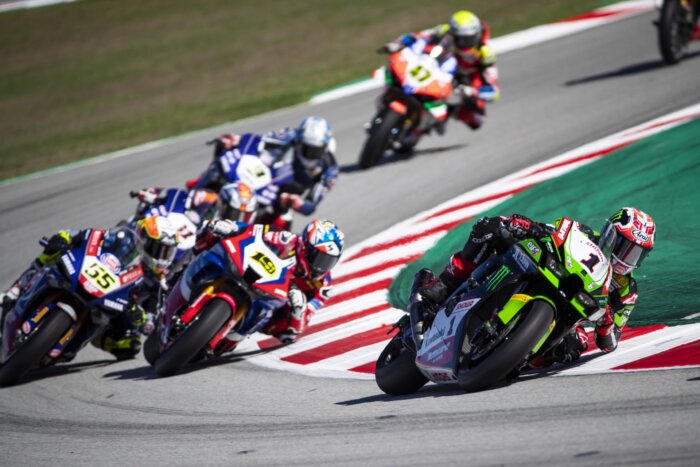 Jonathan Rea (Kawasaki Racing Team Rider): “In the Superpole Race I had a really good bike set-up; my guys changed the bike throughout the weekend. It was a lot of fun, fighting with Toprak and the rhythm was very fast in a five lap race. It was more about who wanted it than who was most clever with set-up. Overall it was a difficult weekend because we didn’t maximise our potential, both in Race One and Race Two. In the final race today, right from the start, I really struggled in the braking area to stop the bike. On Friday we made a long race simulation with the bike and it felt OK but I still had a drop of pace about lap 14. But today my pace in the middle of the race was terrible. I was just getting pushed into all the corners. I couldn’t be fluid with the bike. It was a real surprise and disappointing because I think we could have been much more competitive.” 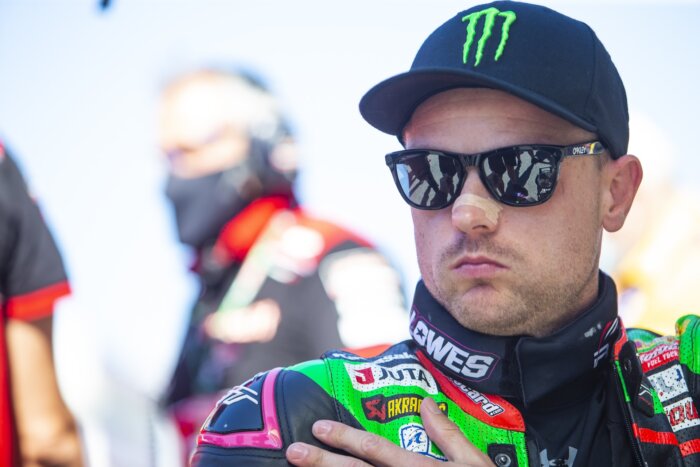 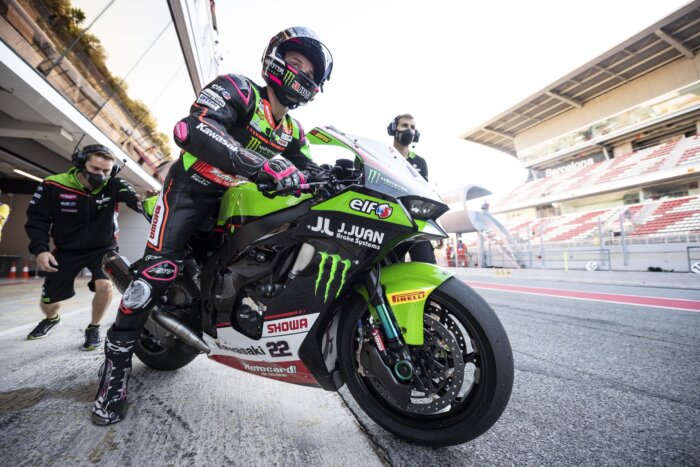 Alex Lowes (Kawasaki Racing Team Rider): “It’s a shame to be taken out of the final race. We had worked really hard on our used tyres all weekend so I believe we could have had a solid end to the weekend. The Superpole Race was good for us so it was a shame Bautista passed me on the final lap to lose a podium position! We tried the SC1 front and I didn’t have as much confidence on the brakes with this tyre so it was hard to pass him back on the final lap. In Race Two I didn’t get the best start; sometimes the clutch grabs differently to how I expect and this caused me to end up back in the pack a little bit. I got knocked off from someone inside of me. I took a big impact from my bike in the face and also got my right hand and wrist caught, so now we are going to hospital in Barcelona to get it checked. A big thank you to all the Catalan fans. It’s the team’s home race and I really wanted to be on the podium for them this weekend. Due to some bad luck it wasn’t the weekend we wanted.”