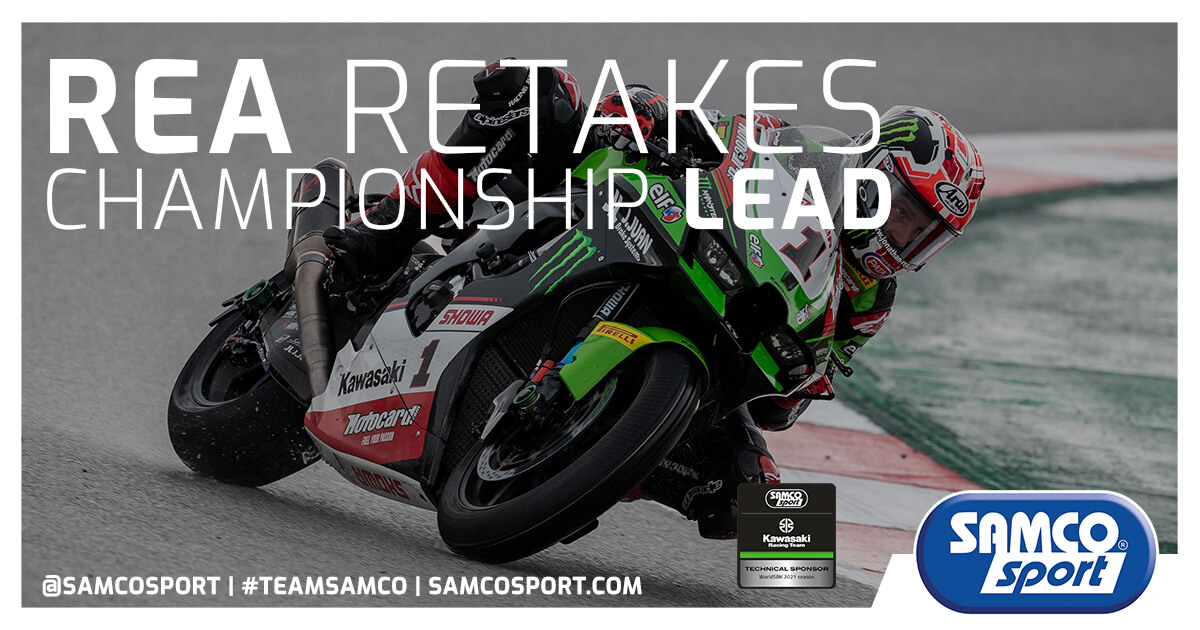 A fourth place finish in difficult wet conditions was enough for Jonathan Rea to move six point ahead in the championship standings after a tense Race One. Alex Lowes took sixth place after 20 laps of full concentration racing.

The possibility of rain became a reality shortly before the start of WorldSBK Race One at the Circuit de Barcelona – Catalunya leaving none of the riders with any wet weather data to use in the final race set-ups, after each previous session had been run in the dry.

At KRT’s home event Rea lined up second on the grid after not taking the Tissot-Superpole award for the first time this year, while Lowes was fifth on the starting line.

With all riders on the same options of wet tyres front and rear, Rea took the lead at the end of the first lap despite a very fast start from his main championship rival Toprak Razgatlioglu. 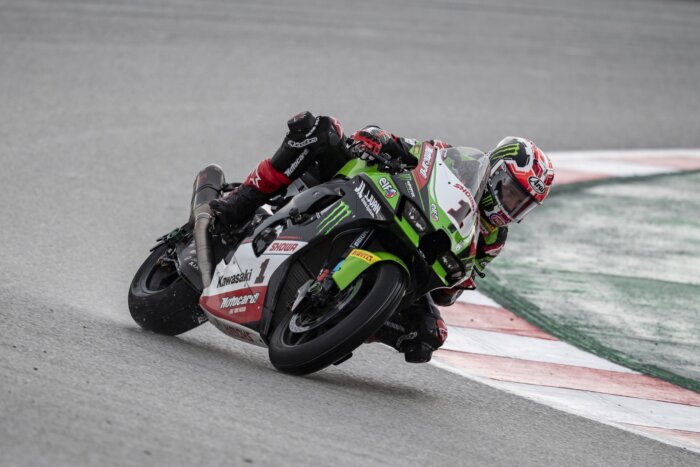 Rea rode out front in confident style but as he lost rear traction in the wet conditions he was finally passed by Razgatlioglu on lap 12 and eventual podium finisher Axel Bassani on lap 13.

Razgatlioglu would not finish the race after his bike suffered a technical issue, while Rea had to fight for his eventual fourth place over the final few laps.

Jonathan’s 13 points from Race One were enough to move him six points clear of Razgatlioglu and back into the championship lead, with two more races to go at Catalunya on Sunday.

Lowes was in combative mood once again but he did not have podium pace with his wet set-up and took the best result he could in the circumstances, sixth position.

On Sunday 19 September the second and final day of racing will take place in Catalunya, with the Tissot-Superpole Race over ten laps at 11.00, and a full distance Race Two at 15.15. 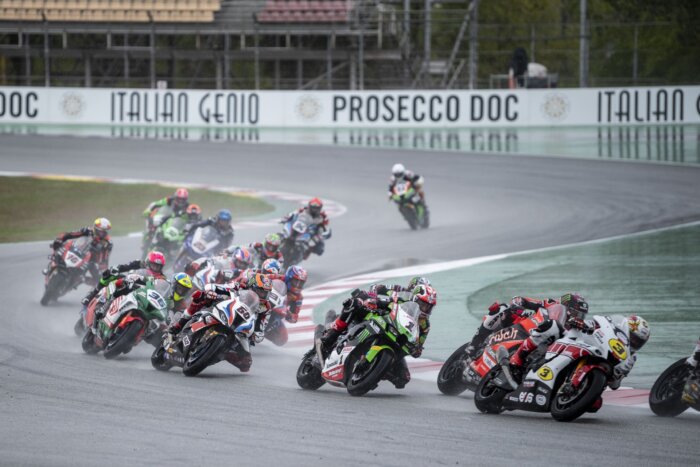 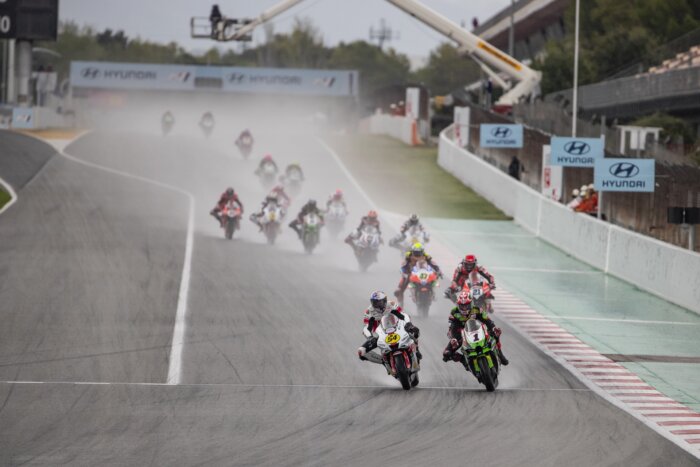 Jonathan Rea (Kawasaki Racing Team Rider): “A very tough race, especially in those conditions when it comes on you ten minutes before the race starts. In the beginning, when it was fully wet, I felt great. I got a horrendous start but I could lead at the end of the first lap, passing a lot of riders. We hadn’t ridden here in the wet this weekend so you get a little bit nervous, also about the set up. What’s the right set-up direction to go in? I feel like we just got that a little bit wrong. We went full wet in the rear – a full really wet set up – but there was no standing water on the surface. The track was just wet. After three or four laps the rain stopped so when the temperature came up I was really struggling, because we were not putting weight on the tyre. Coming out of the corners the bike was just ‘sitting’ onto the tyre and spinning. On the brakes I felt quite good! When Toprak and Bassani came past I could see that they had a lot more traction. One of the hardest fought fourth places of the season.” 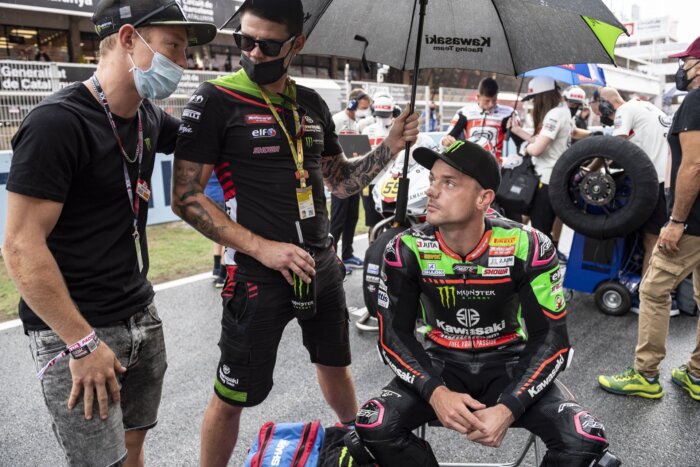 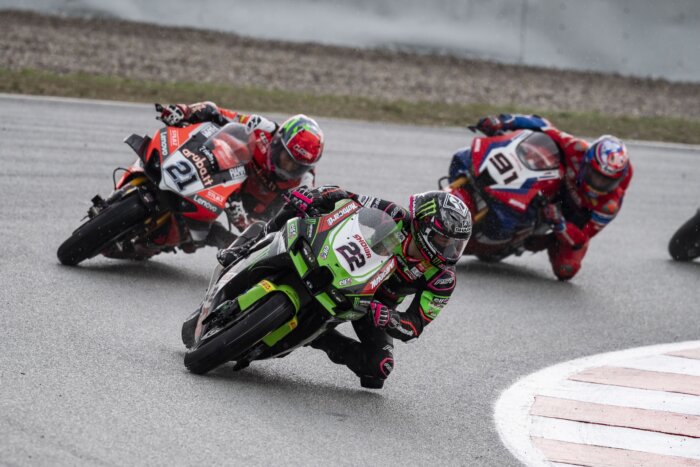 Alex Lowes (Kawasaki Racing Team Rider): “Sixth was OK today, but this track is one of the more difficult ones for us. You have the bike on its side for a long time to come back to the late apexes of the corners. Free Practice Three this morning was quite good, Superpole was also, and in the race when I saw it was going to wet I thought I was going to be quite strong and  challenge for the podium. In the rain I am normally pretty fast but today I did not have the grip. I was sliding a lot on corner entry, the back was really sliding, and on the exit I could not get the bike to drive. It was a long race. I enjoyed it, but not to be in the position I was in. On the other side, it was easy to have no points today, so it can always be worse. I honestly thought that I rode well so I can’t complain. I just have to try and do better tomorrow.