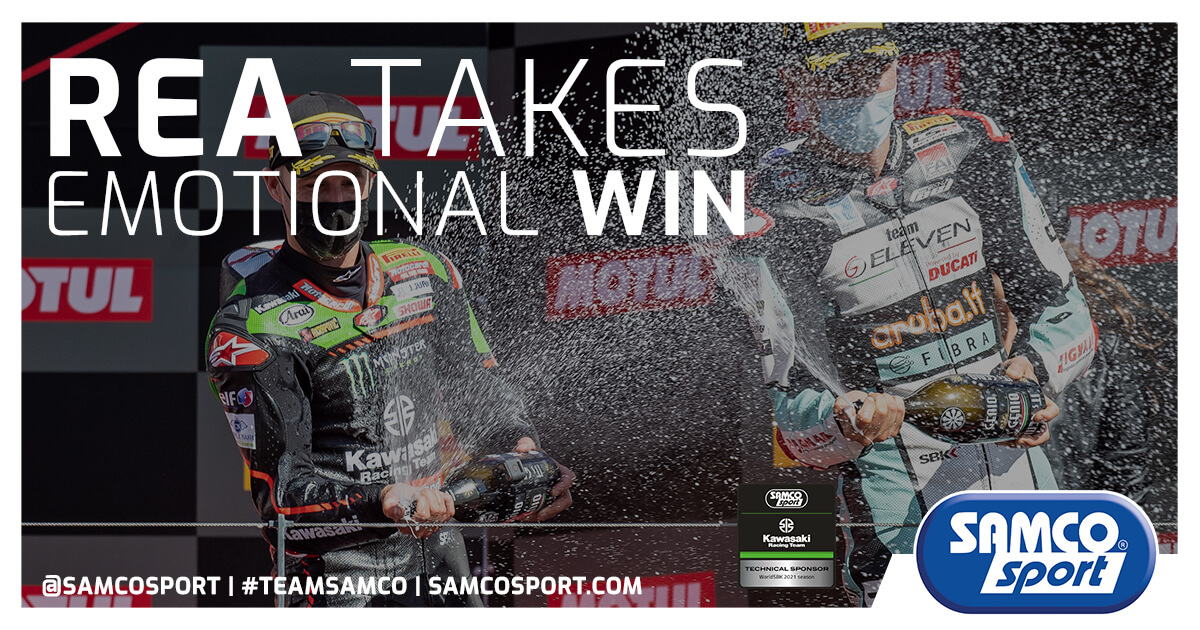 Jonathan Rea recovered from the disappointment of a Superpole race crash in wet conditions with an incredible riding display in a dry Race Two to win and close the championship points gap again.

Only Jonathan rode for the Kawasaki Racing Team on Sunday at Portimao as despite qualifying well on Friday his team-mate Alex Lowes was unable to compete in any races this weekend as he continues his recovery from a recent hand injury.

In the ten-lap Superpole race Rea took the lead as he went all-in for the race win to help his overall championship campaign. He fell under braking into Turn 13 on lap one and was unable to restart. His fall in this race made him start Race Two from the fourth row, as the grid positions are determined by the Superpole race’s finishing position. 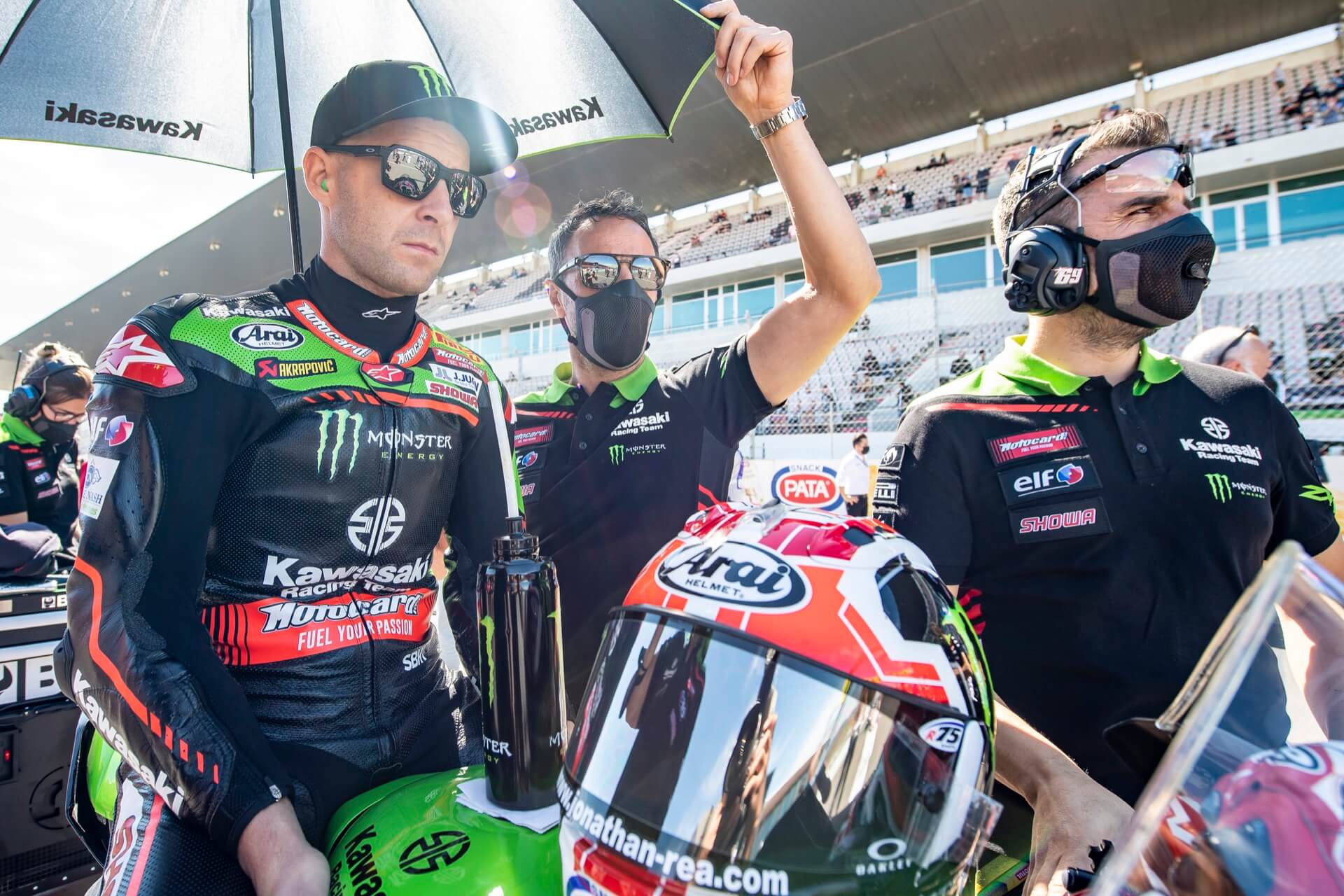 Race Two, planned to be run over 20 laps, was finally run over 19 after a fault in the starting procedure held the riders on the grid for some time before a quick restart was initiated, with one lap less to complete.

With a basically dry track surface for Race Two, dotted with some damp patches around the 4.592km long circuit, the final race of the weekend soon became a three-way fight between Rea, Championship leader Toprak Razgatlioglu and Scott Redding.

With Rea out in front after some dramatic early passes and changes of lead Razgatlioglu crashed out on lap ten of 19, leaving Rea to power on to win from Redding by 5.425 seconds.

Rea’s day of contrasts ended in an emotional high for both rider and team as they celebrated Rea’s 11th win of the year in winners’ circle. It was the 110th race win of Jonathan’s record-breaking career.

Rea is now 24 points behind Razgatlioglu in the championship standings, with six races still to be run over the final rounds.

The next scheduled WorldSBK championship round will take place at the San Juan Villicum circuit in Argentina, between 15-17 October. 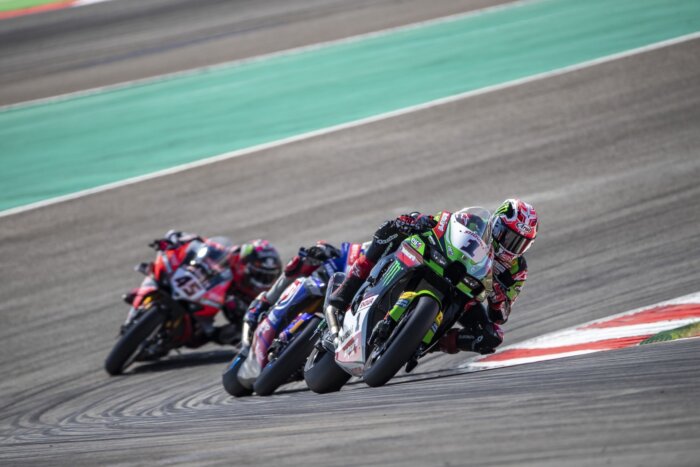 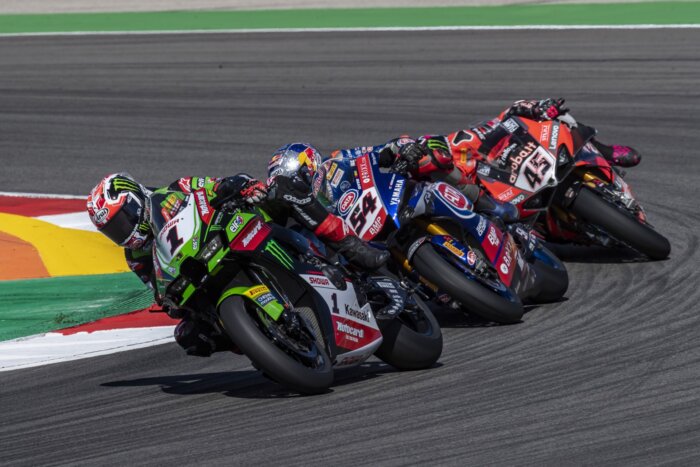 Jonathan Rea (Kawasaki Racing Team Rider): “I made probably the best start of the season in Race Two. I got good track position right away in Turn One, in maybe fourth or fifth, and from that point I could see that my bike was working really well. It was agile, I could put it where I wanted. I struggled a little bit down the straight in the headwind today. I changed my strategy a little but because yesterday I tried to go to the front from the first time I got clean air, but I knew I had to go at the beginning of the  lap to give myself some breathing room on the straight. I put in my rhythm and made 1’41 laps, hitting all my marks around the track. I have to thank the guys in the team because my bike was really good from a chassis point of view. In the headwind was the only area I really struggled with in Race Two. When I got the signal that Toprak was out of course I changed the strategy a little bit and rode to my pitboard. The gap back to second place was going up and I was relaxed on the bike. I learned a lot from this weekend, because I made a lot of silly mistakes, being too impatient. So I think I need to believe that my rhythm is high and I can fight with these guys until the last lap” 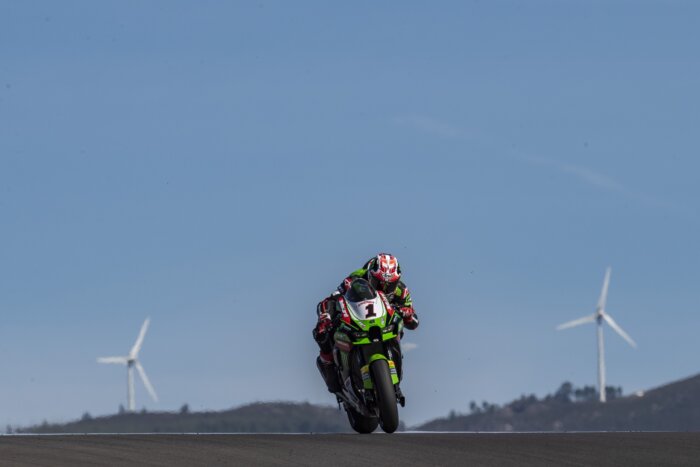 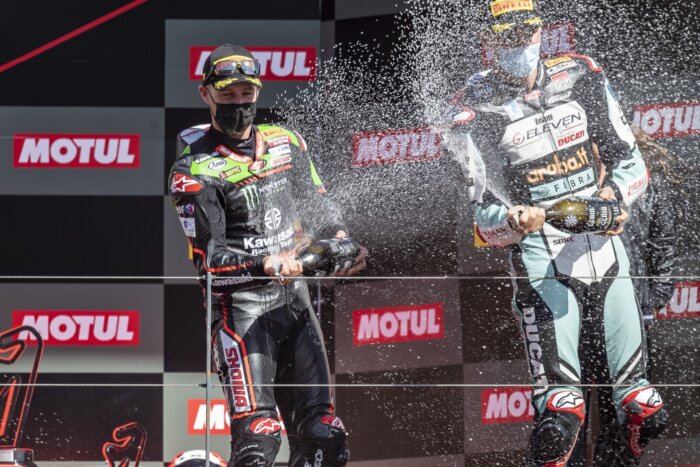