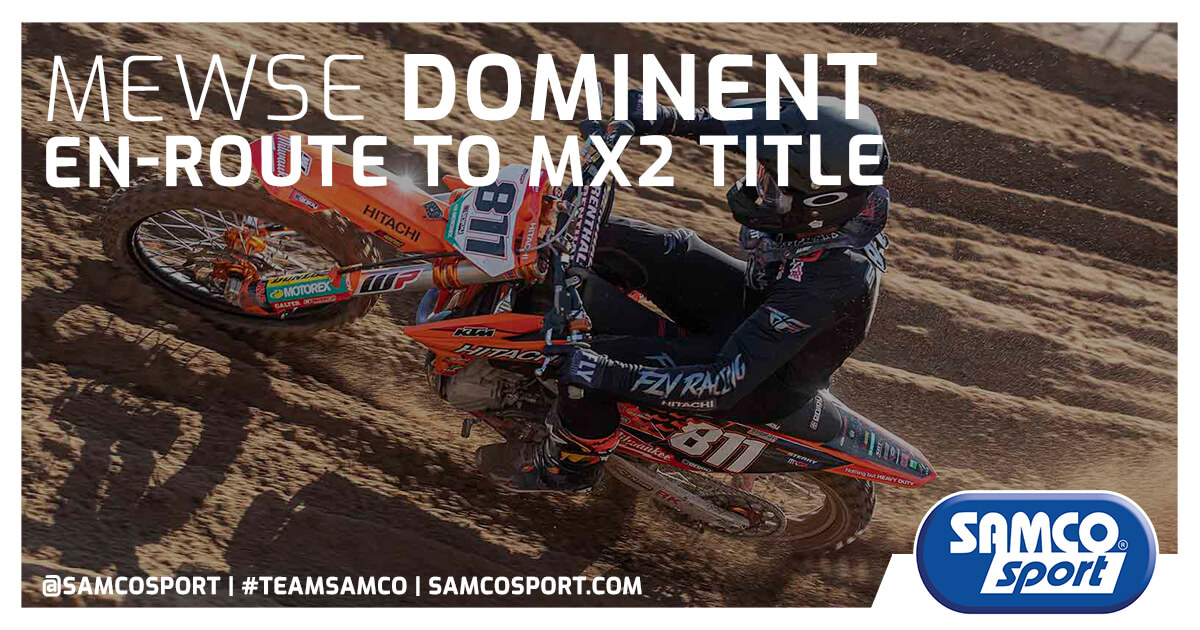 Following a hiatus, the Hitachi KTM fuelled by Milwaukee squad jumped back into the 2021 FIM Motocross World Championship this past weekend. The Grand Prix of Sardegna played host to round ten of the series, a race that was held in the sand of Riola Sardo. Adam Sterry and Conrad Mewse represented the KTM outfit in Italy.

Just one week on from claiming the MX2 title in the United Kingdom, Mewse felt right at home as soon as he jumped into the sand. A strong ride to tenth in moto one, whilst running the same pace as those around the top five, was a positive start to proceedings. Even a much worse start in moto two could not stop him from breaking into the top ten, as he went from the cusp of the top twenty to ninth. Such a consistent scorecard left him in ninth overall on the day. 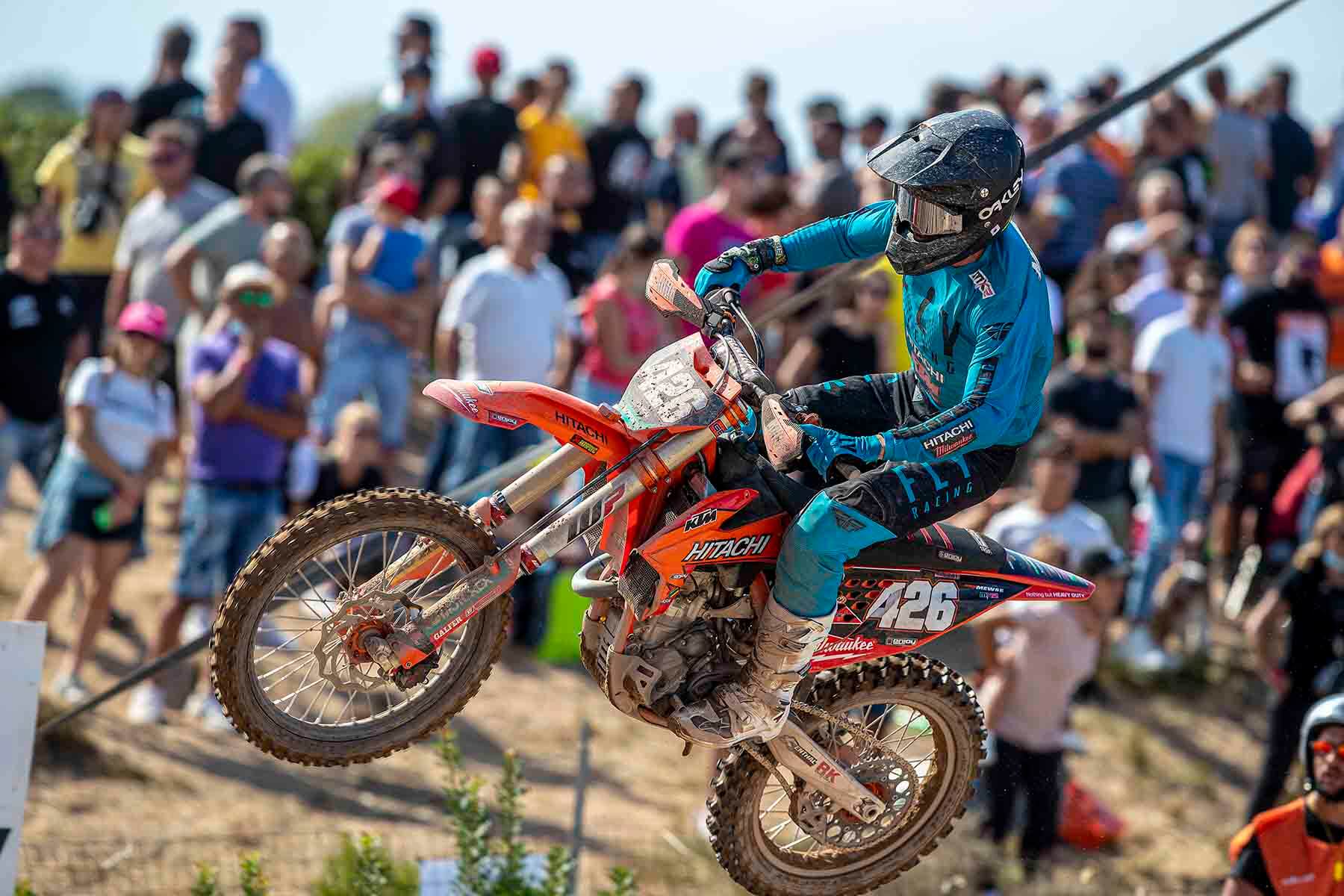 Sterry was luckless in the sand. A first-turn crash in the first moto left him with a mountain to climb, but he persevered and set his sights on a point-paying spot. Unfortunately, he just missed out in twenty-first place. Moto two was a step in the right direction, however, as he moved up to fifteenth at the chequered flag for nineteenth overall on the day. Sterry’s lap times were particularly impressive in that second moto.

The Hitachi KTM fuelled by Milwaukee squad will gear up for the 2021 Motocross of Nations now, as Conrad Mewse is down to compete in the MX2 division for Team Great Britain. The historic event will be run at the sandy venue of Mantova, in Italy, next weekend. 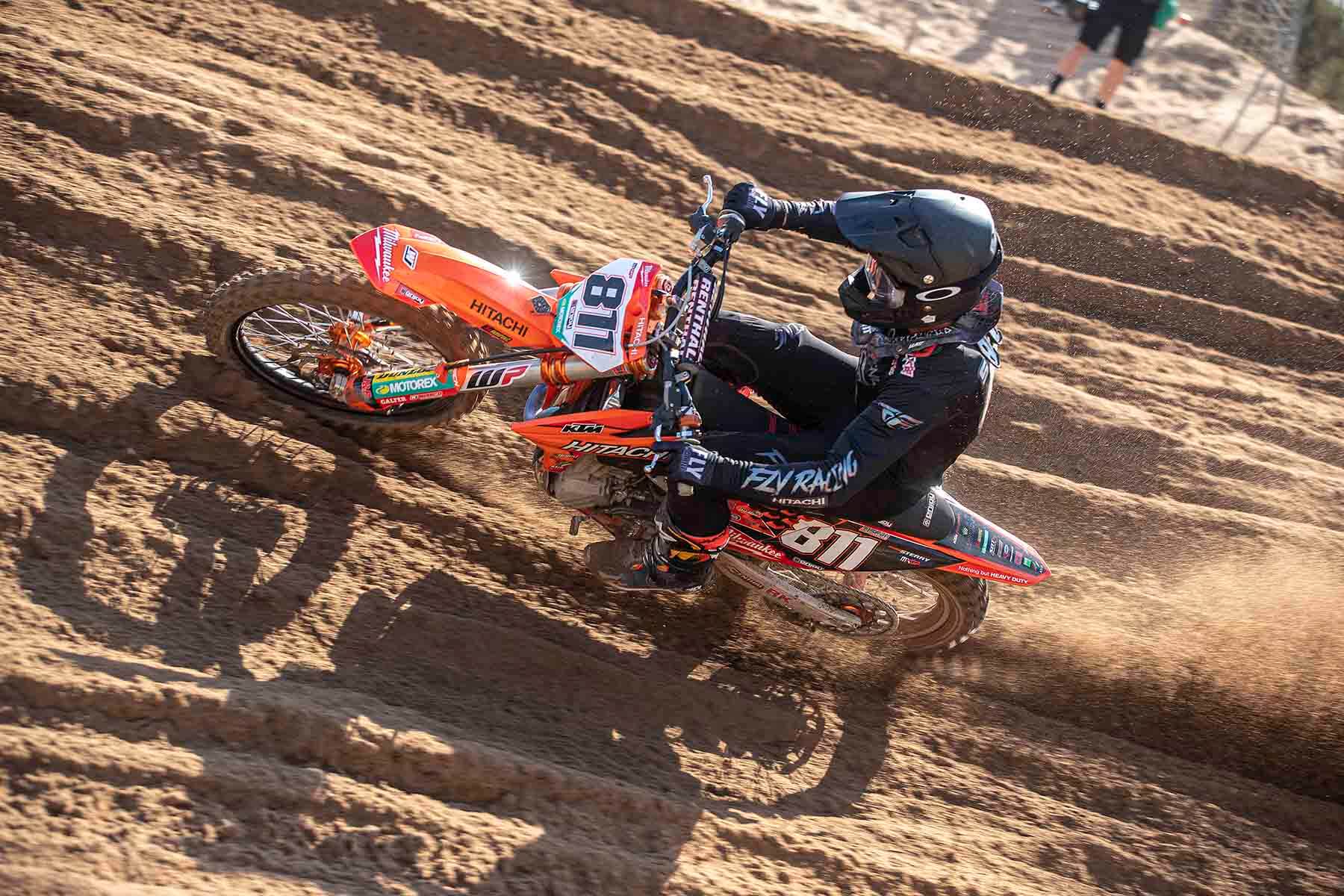 Conrad Mewse: “A positive day in Sardinia! It was great to be back in the MXGP series and to finish in the top ten in both motos. I am excited to take that momentum into the Motocross of Nations next week. It’s going to be honour to represent Team GB!”

Adam Sterry: “I struggled a little with set-up today, then a crash in the first turn in moto one did not help. I was pleased to come from around twentieth up to fifteenth in moto two! It was nice to end the round on a high. Looking forward to keeping the ball rolling at Teutschenthal in a couple of weeks.” 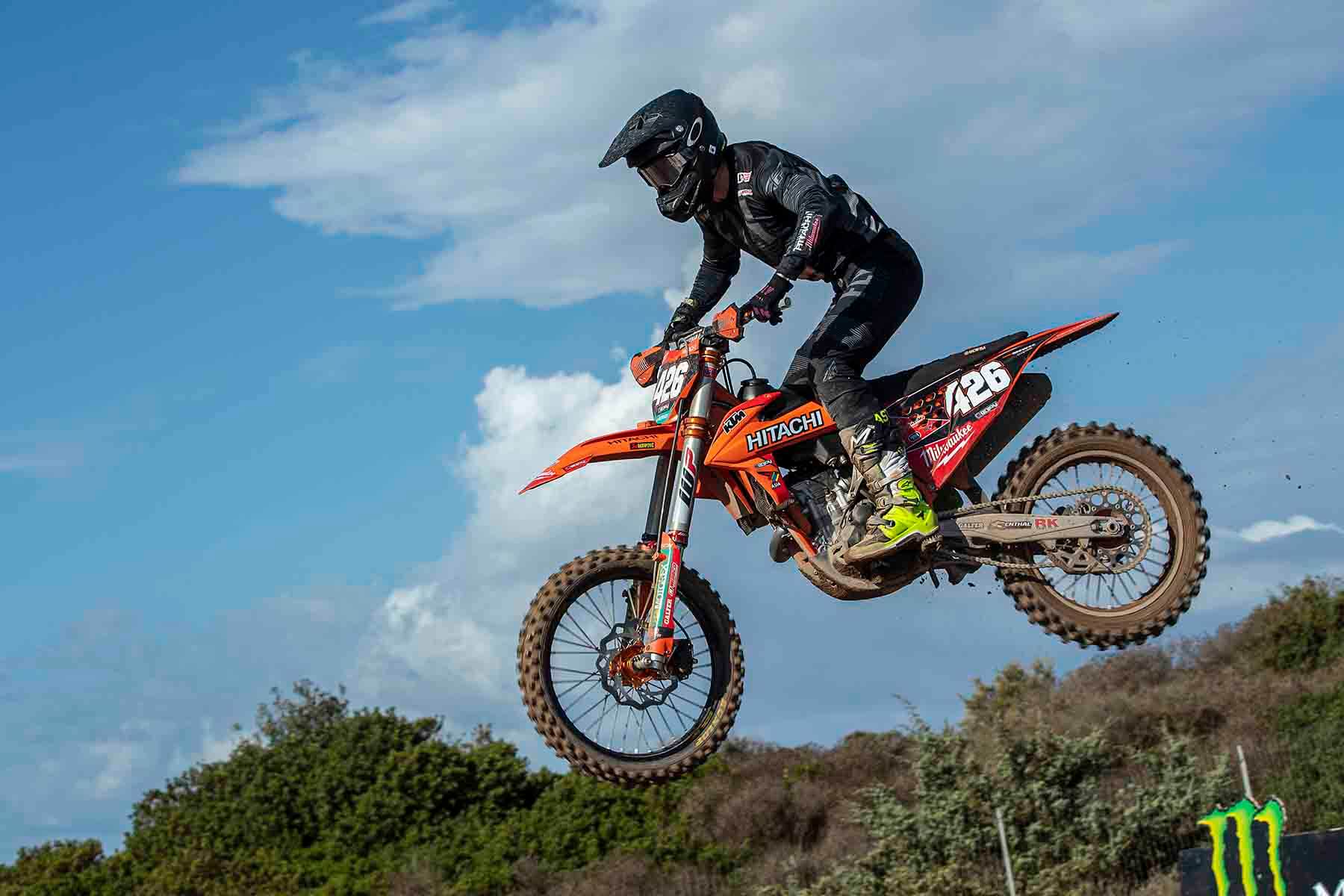 Roger Magee (Hitachi KTM fuelled by Milwaukee Team Owner): “We are back on the GP crusade and Conrad showed his potential with P7 in qualifying, where the times were very close. Moto one saw him gate well; he struggled in turn one leaving him outside the top ten with most of the main protagonists ahead of him, but he ended up in P10. A first-turn crash in moto two caused him to take avoiding action to miss the stricken machines, leaving him dead last. Conrad really pushed in the early laps and made rapid progress, ending up P9 and in the same position overall.

“Adam struggled in qualifying, leaving himself with a poor gate pick. Moto one saw another first-turn crash, so he had to come through the field and finished just outside the points. He had a much better start in moto two and ended up P15 at the chequered flag in the stacked MXGP class. The team now makes the relatively short journey to next weekend’s Motocross of Nations at Mantova, where Conrad will make inaugural and long overdue representation for Team GB.”