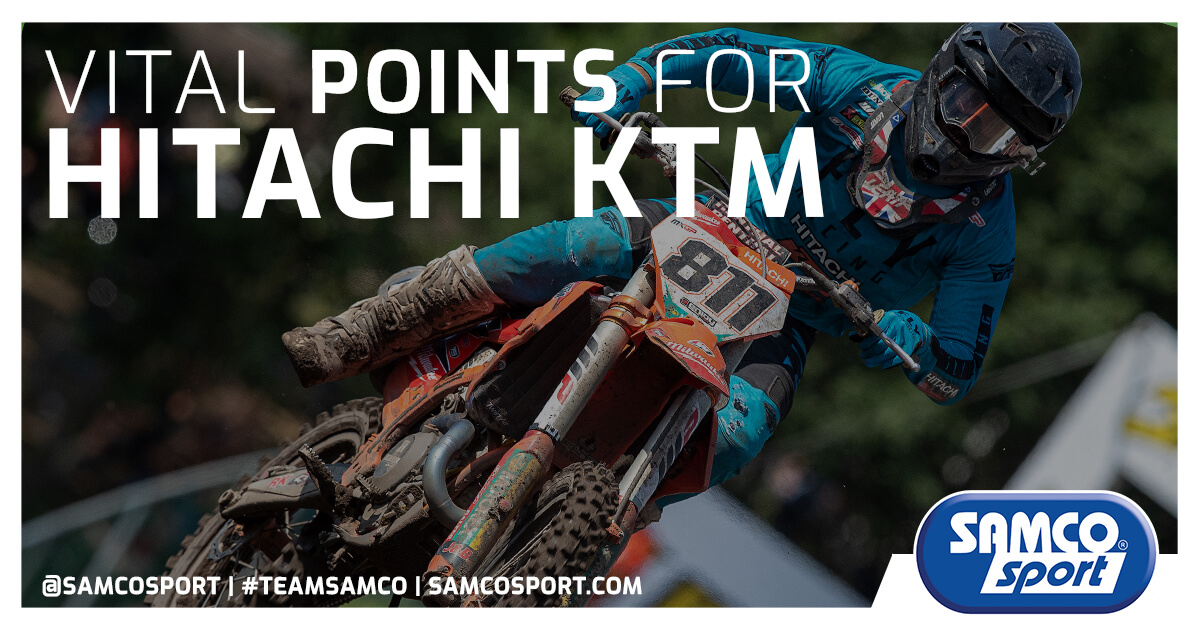 The 2021 FIM Motocross World Championship moved into the sand this past weekend, as the Dutch circuit of Oss hosted a Grand Prix for the very first time. The Grand Prix of The Netherlands, the fourth stop of the current campaign, was run in front of a passionate crowd. The Hitachi KTM fuelled by Milwaukee team was represented by Conrad Mewse, Ashton Dickinson, and Adam Sterry. 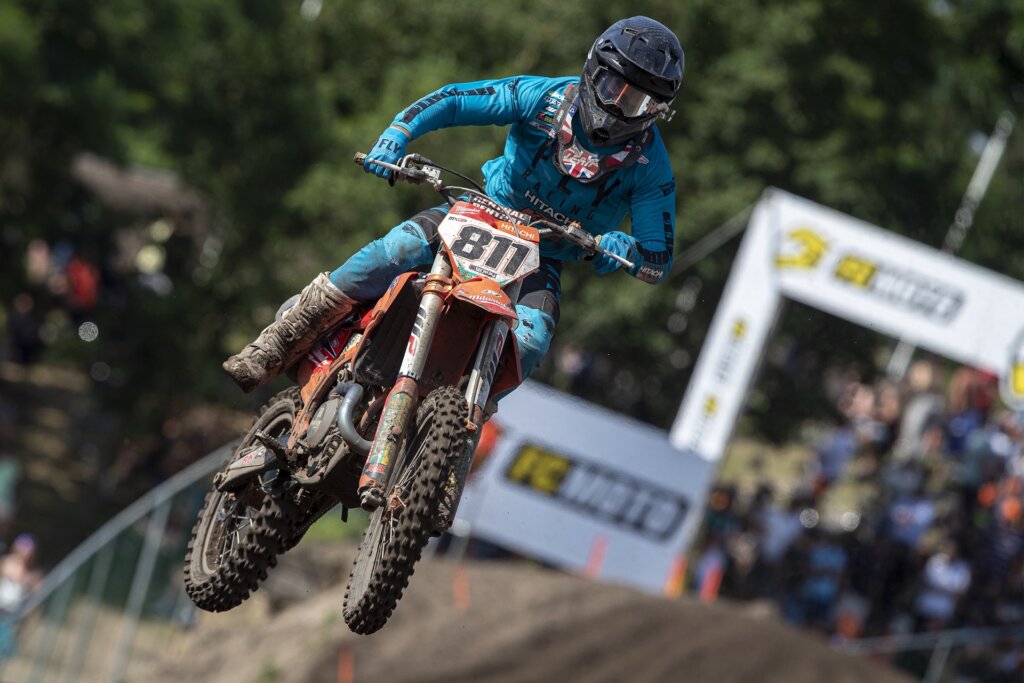 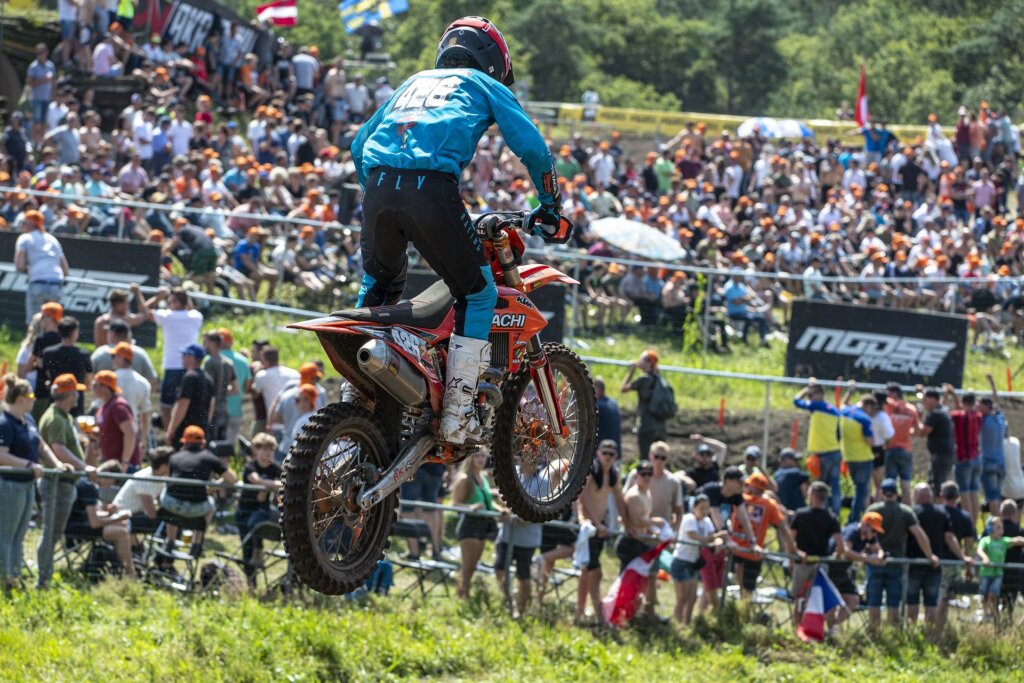 Adam Sterry took one point home from the Grand Prix of The Netherlands but that was not a true indication of the speed that he possessed in the sand. A crash on lap one left him facing a significant challenge – there was quite a gap between him and the next guy. Sterry made it up as high as twenty-seventh before another fall ended his bid for points. The second moto got off to a much better start, as he battled inside of the top ten before a crash pushed him down to twenty-eighth. Sterry charged back to twentieth, which put him in twenty-fourth overall on the day. Twenty-third is where he sits in the championship.

Ashton Dickinson put more points on the board as he continues to get to grips with racing at the very highest level. A fall early in the first moto meant that he just missed out on a position in the top twenty. The second moto was much kinder to him, however, as he battled around sixteenth before eventually hitting the finish in nineteenth. Twenty-first overall was his ranking at the end of the Grand Prix of The Netherlands – he sits in twenty-fourth in the championship.

The Hitachi KTM fuelled by Milwaukee team will now focus on round five of the 2021 FIM Motocross World Championship, the Grand Prix of Czech Republic, which will be run on July 25.

Conrad Mewse: “Another difficult weekend. Went into the race a bit battered and bruised from a practice crash at Lommel, so was not starting off on the best foot. I was aiming to get some points on the board and do my best. Another crash in the first moto did not help things, but the riding was okay. The riding towards the second half of the race was good. I just did not put myself in the best position on the first couple of laps. That is a thing we need to work on moving forward. We will go back to the drawing board this week, put some more hard work in and come out ready for the Czech Republic.” 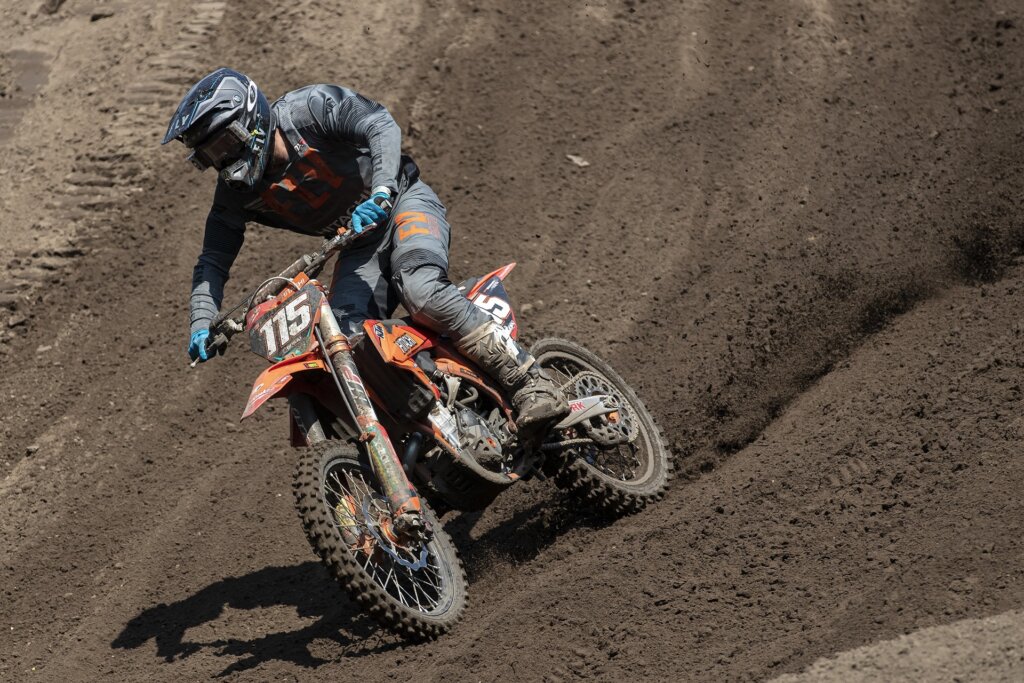 Adam Sterry: “I felt like I deserved more today. There were a few crashes, some my fault and some I could not do anything about. I feel like we are still getting better with each race, just the result did not show it today. It was the hardest point I have ever worked for. Going to get back to work this week for one of my favourite GPs next week.”

Ashton Dickinson: “Oss was a very tough day, for sure. I did not have the best qualifying session and ended in P30. I got a good start in moto one but got caught up in a pile up in the second turn and then rode tight. Unfortunately, I missed out on the points in P23. I had a decent start in moto two and was in the top 15, which is where I stayed for about half the race. I then got a little bit fatigued and dropped back to P19 where I finished. Plenty of work to be done off bike behind the scenes.”

Roger Magee (Hitachi KTM fuelled by Milwaukee Team Owner): “Hitachi KTM fuelled by Milwaukee welcomed our injured rider, Bas Vaessen, and his girlfriend Bente to Oss as guests. All the team has been really impressed with his hard work and dedication to his recovery. He has a way to go yet but knowing Bas he will give it 100% as he always does in anything he puts his mind to.

“Another weekend where the results did not go the way we had anticipated! Conrad had a significant crash at Lommel last weekend and had to undergo physio during the week to recover as best as possible for the inaugural MXGP event at Oss. Again, his starts let him down in both motos. He finished just inside the points in P19 in moto one, after crashing into [Jan] Pancar who lost control just in front of him. Ashton [Dickinson] also had a bad start – he finished outside the points. They both redeemed themselves in moto two, despite mediocre starts again with Conrad elevating himself up to P13 and Ashton bringing it home in P19 after losing two places on the last laps.

“Adam was also involved in several incidents in both motos, and his point scoring was not what he deserved on the day as his lap times were impressive in the stacked field of MXGP this year. The team will now regroup in preparation for the next round of the FIM Motocross World Championship at Loket next weekend.”